As Cleve Jones stood over the body of Harvey Milk in San Francisco's City Hall, drawn by the sounds of gunfire that had reverberated throughout the building moments earlier, he recalls his singular thought: "It's over. It's all over." The historic progress towards equality that Jones had worked with Harvey Milk to build over the past several years was for nought.

But his horror at Milk's assassination soon turned to cautious hope as he witnessed tens of thousands of individuals taking to the streets that night, marching with candles from the Castro to the City Hall in a deafening silent protest. "No, it's not all over," he concluded. "It's just beginning."

This was the story Cleve Jones, a protege of Harvey Milk and an accomplished LGBT activist in his own right, shared with a crowd of thousands that had assembled at Lincoln Center's Avery Fisher Hall on Monday night for the East Coast premiere of I Am Harvey Milk. An original oratorio on the life and legacy of the slain gay rights leader, the cast was led by Andrew Lippa and Kristin Chenoweth, alongside an angelic chorus of 120 Broadway singers and the Orchestra of St. Luke's to raise funds for the Hetrick-Martin Institute, home of the Harvey Milk High School.

The sold-out audience was euphoric, still in a state of shock regarding a Supreme Court action that had unilaterally doubled the number of states with marriage equality earlier in the day. "Harvey Milk is looking down on us," Kristin Chenoweth had remarked to many throughout the night. 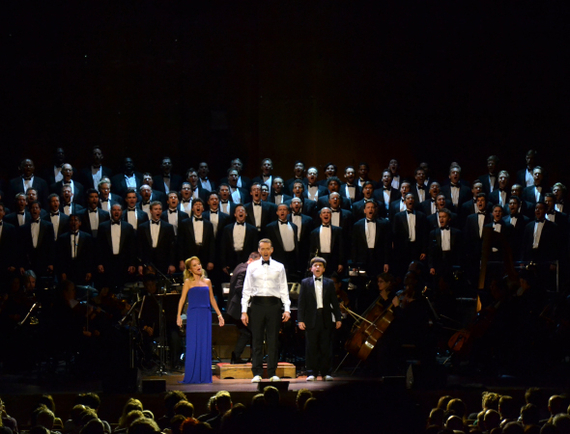 The emotional finale of the show is called "Tired of the Silence," a rousing tribute to Harvey Milk's famous "You've Got To Have Hope" speech in front of San Francisco's City Hall that was immortalized in the Academy Award-winning biopic Milk. As the cast and chorus sing, photos of prominent members of society that have come out in recent years -- athletes, celebrities, politicians -- flash above the screen to bone-chilling repetitive chants.

The lyrics, many of which are direct quotes from the "Hope" speech, reflect Milk's driving philosophy that "coming out" has a profoundly transformative experience on both yourself and the individuals who surround you, which in turn lay the foundation for equal rights.

Little did I know that earlier that same day, someone was heeding those very words in a remarkable way.

While I've never formally met Rabbi Gil Steinlauf, the energetic rabbi of the 146-year-old Adas Israel Congregation in Washington D.C., I had been present for his moving sermon when I'd attended Yom Kippur services just two days before the premiere of I Am Harvey Milk. He had spoken about "what it really means to be Jewish," and how one of the defining characteristics of Judaism is how we are called to deal with the messiness of our lives.

When life is a mess, whenever bad things happen to us, whenever life itself feels 'other' and alienating and terrifying, all of Judaism can be boiled down to a simple question: 'What can we do now?' And do you know what we do? We defy the chaos! We bless this life, despite everything.

As the cast of I Am Harvey Milk were in dress rehearsals on Monday afternoon, rehearsing the rousing final song to an empty concert hall that would soon be packed to the rafters with a primarily gay audience, Rabbi Steinlauf took his own sermon to heart and sent out an email to his entire congregation, thousands of families strong. 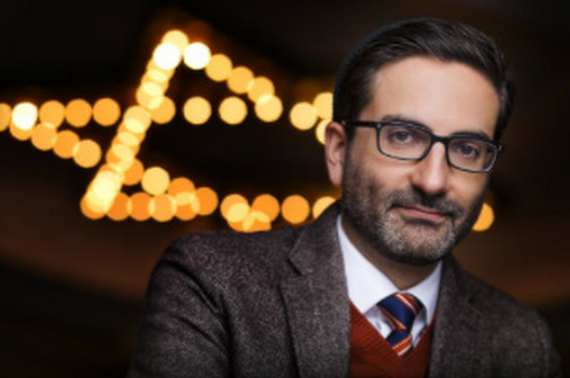 In it, he informed them of the news that he and his wife had made the decision to divorce because he had come to understand that he is gay. The letter was shared shortly thereafter in The Atlantic by Jeffrey Goldberg, himself a congregant of Adas Israel and friend of Steinlauf, who had requested permission to publish it.

In 2014, with upwards of 60 percent of LGBT individuals now living in states that allow them to marry, "coming out" is not the spectacle that it was in Harvey Milk's time. But make no mistake; climbing public opinion polls take little away from the terrifying reality that countless individuals unable or unwilling to accept their sexual orientation live through on a daily basis. And Steinlauf's letter documents the immensely painful roller coaster of a journey that he'd been strapped into since childhood:

While I struggled in my childhood and adolescence with a difference I recognized in myself, that feeling of difference did not then define my identity, much less the spouse I would seek. I sought to marry a woman because of a belief that this was the right thing for me. This conviction was reinforced by having grown up in a different era, when the attitudes and counsel of adult professionals and peers encouraged me to deny this uncertain aspect of myself.

To be sure, it's purely coincidental that Rabbi Steinlauf decided to reveal his truth on the same day that I Am Harvey Milk premiered in New York, a show that draws its call-to-action from the journey so vividly documented in Steinlauf's letter. And it should also be emphasized that his doing so was not a political statement in any way.

In his own words, revealing the "personal Torah" of his life was done in the hope that it will allow him to be "the best father, family member, rabbi, friend and human being that he can be, now that [he has] resolved a decades-long struggle."

As Jeffrey Goldberg remarked, "it seems to me that a clergyman who knows himself and doesn't engage in concealment will be of great service to his flock."

But the atmosphere that allowed for Rabbi Steinlauf to feel the support to come out, buoyed by his wife and family, is the direct result of those that came before him. Harvey Milk was indeed Jewish himself, as is Andrew Lippa, the author of I Am Harvey Milk who has also portrayed Milk in the oratorio. We find ourselves at a juncture where "coming out" is not seen as out-of-the-ordinary in most parts of this country because each subsequent person who lives their life proudly and openly has a chain reaction on the rest of their community.

Come out and the day you do, perhaps one more will come with you.

There is most certainly a member of Adas Israel Congregation that, inspired by the confidence of Rabbi Steinlauf's painful admission, will finally draw up the courage to reveal their truth to their friends and family. I can say that with confidence, as my coming out at age 14 was due in large-part because the synagogue I attended growing up happened to be the home of the first openly-lesbian Conservative rabbi, Benay Lappe.

Nothing about Harvey Milk's activism was more prophesying than his remarkable understanding of the power of "coming out" to affect change in society. Rabbi Gil Steinlauf is heroically carrying Milk's legacy forward, helping knock down the very same societal barriers he cited as having been the source of so much pain in his life.