The phrase "comfort women" is a controversial term that refers to approximately 200,000 women who were recruited as prostitutes by the Imperial Japanese Army during World War II. Many of the young women were forced into servitude and exploited as sex slaves throughout Asia, becoming victims of the largest case of human trafficking in the 20th century.

The trade of comfort women is thus a massive violation of human rights that's been left out of our textbooks, leaving the individuals embroiled in the atrocious practice to be remembered merely as abstract characters in a taboo history. Korean-born, New York-based artist Chang-Jin Lee seeks to correct this constructed view in "Comfort Women Wanted," a multimedia exhibition that delves into the personal histories of the Korean, Chinese, Taiwanese, Indonesian, Filipino, and Dutch women whose identities have long been overlooked and misunderstood. 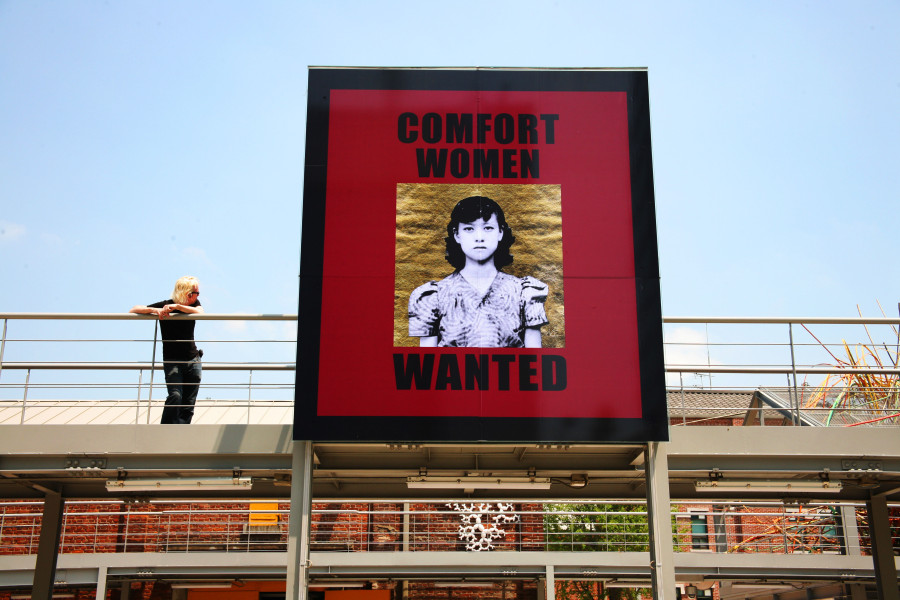 “In Asia, the comfort women issue remains taboo and controversial, while at the same time, it is almost unknown in the West,” Lee explains in a statement about the project. “Human trafficking is the fastest growing industry in the world, and the second largest business after arms dealing in the 21st century. So, the comfort women issue is not just about the past, but it is very relevant today.”

The title of Lee's show refers to the advertisements found in wartime newspapers; a failed attempt at attracting volunteers into prostitution. Instead, young women as young as 11-years-old were kidnapped and forced into service where they faced rape, torture and extreme violence at military camps known as "comfort stations."

"Most were teenagers... and were raped by between 10 to 100 soldiers a day at military rape camps," Lee states on her website. "Women were starved, beaten, tortured, and killed. By some estimates only 25 to 30 percent survived the ordeal." 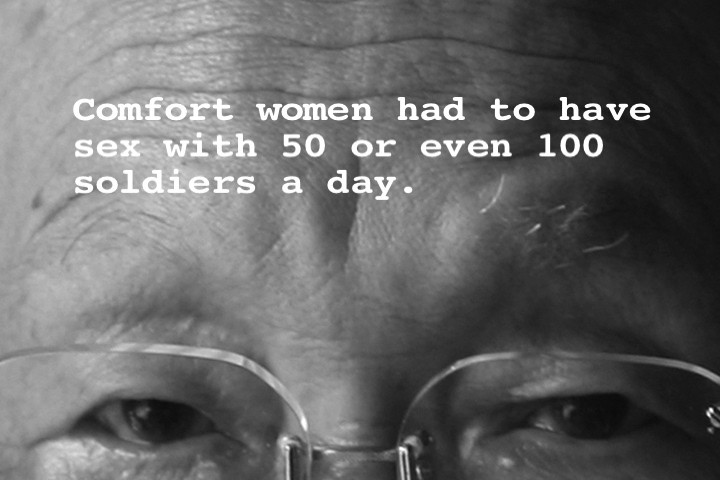 In an attempt to shine light on this oft-forgotten segment of WWII history, Lee's exhibit mimics the old advertisements, displaying the real faces of comfort women as they appeared in the 1930s and '40s, framed by the words of their trade. These striking images are shown alongside stark portraits of the women who are still alive today, many of whom appear in the accompanying video installation. There, Lee interviews individuals she met during travels throughout Asia in 2008, discussing their experiences as comfort women and their modern-day dreams and desires.

In one of the more startling moments of the documentary-like footage, Lee speaks with a former soldier, Yasuji Kaneko, who recounts the terrifying lives of captive women he encountered in hopes "we never repeat what we did in the war and that there will never be war again." 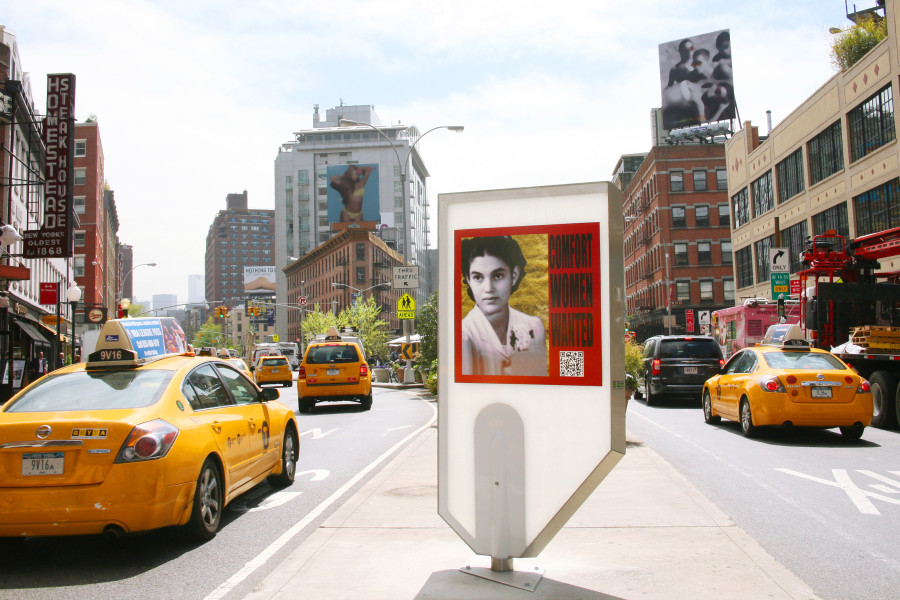 "Comfort Women Wanted" provides a platform for women to expunge their illicit memories while archiving the harsh reality of mid century violence against women. Drenched in red, black and white, the exhibition is a visual overload that makes clear its aim to carve a place in our collective memory, paying tribute to moments that have long been removed from contemporary discussions of truth and justice. At the same time, Lee's images do more than harken to the past. The portraits foretell a dark future -- one that will persist if crimes against women continue to exist only in the murky, deep ends of our shared history.

Lee's works are currently on view at Wood Street Galleries in Pittsburgh until December 1, 2013. You can see a preview of the exhibition below and a trailer for her video installation here. Let us know your thoughts on the project in the comments. 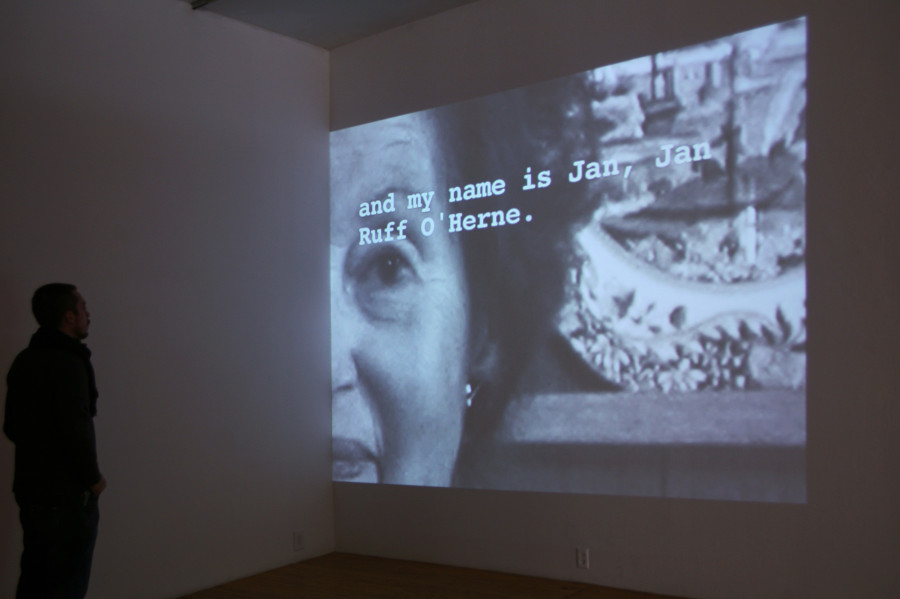 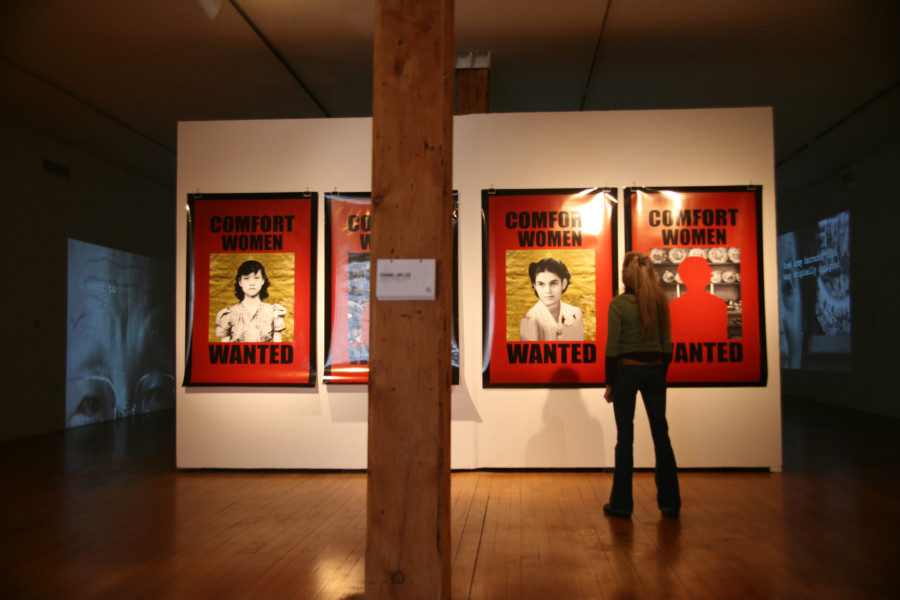 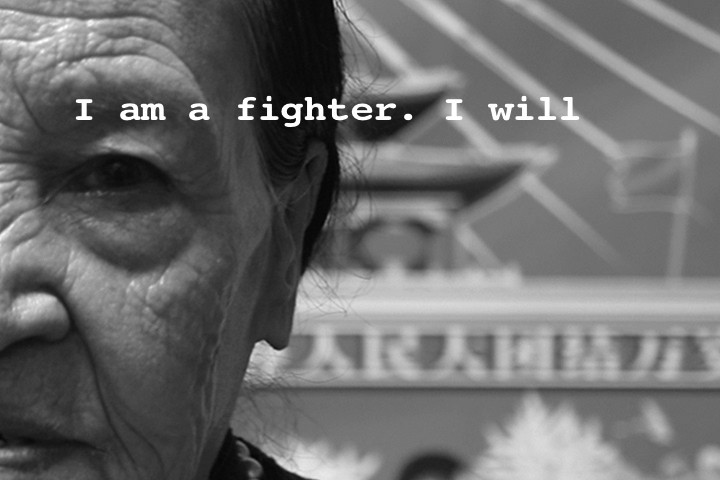 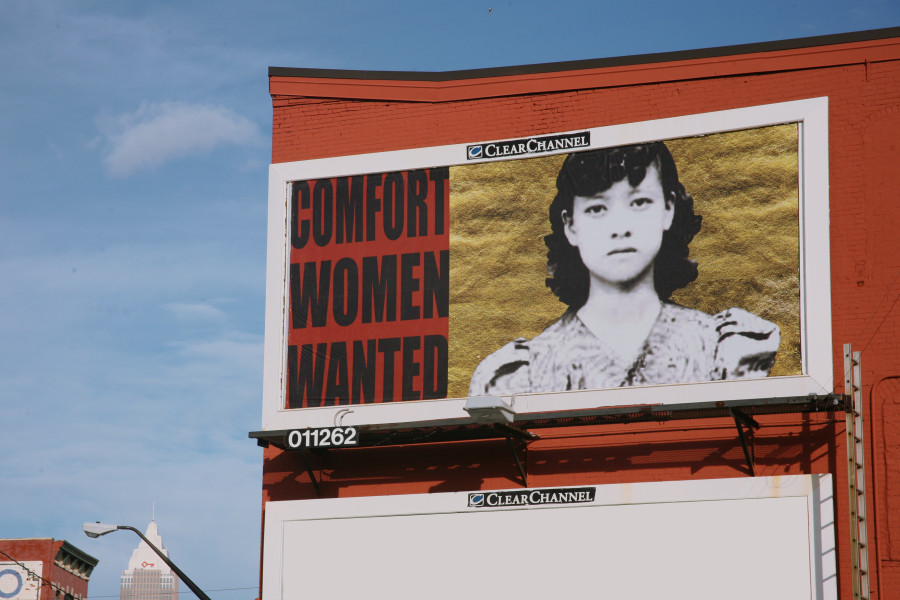