A Norwegian apparel company has little left to say besides "balls!" after its trademark application for men's underwear was denied by the U.S. Patent and Trademark Office. The reason: vulgarity.

Tonic Brands A.S. in October was denied a federal trademark registration for the word "Comfyballs," The Telegraph reported this week.

The PTO refused to register the trademark because the word "balls," when used to mean "testicles," is considered vulgar by a substantial number of Americans.

"In the context of the applicant's goods, the mark, "COMPFYBALLS," [sic] means only one thing -- that a man's testicles, or 'balls,' will be comfortable in the applicant's undergarments," the PTO's denial reads. "The mark does not create a double entendre or other idiomatic expression. It is a straightforward use of the word 'balls' instead of testicles."

The underwear has a specially designed pouch to cradle the male genitals -- hence the name. See the briefs in question: 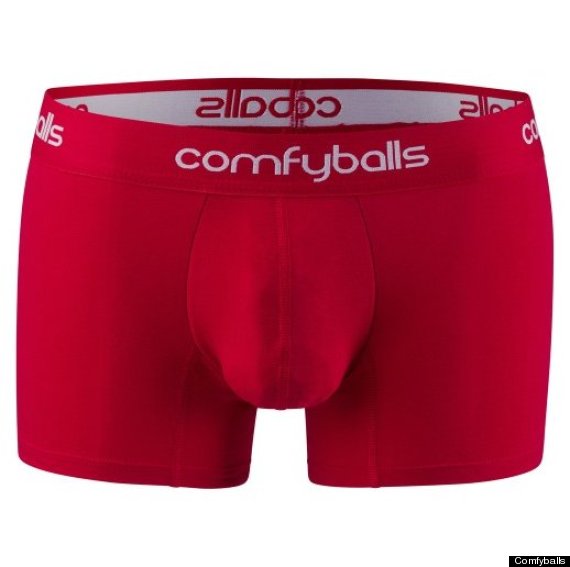 Tonic Brands made several counter-arguments during the application process. It pointed out that dictionaries don't say that "balls" in the context of testicles is always vulgar, nor is the term necessarily considered offensive when used in related phrases like "have by the balls." It also argued that Ben & Jerry's Schweddy Balls ice cream flavor, which was pulled from shelves after parents' complaints, was not a relevant comparison to its Comfyballs product and shouldn't be proof of the inherent vulgarity of "balls."

But the PTO stood by its guns, citing four dictionaries' definitions and explaining that the trademark rules don't require universal agreement on vulgarity. It also granted that "balls" can be "used as part of an idiomatic expression in which the word connotes confidence or self-assuredness," but said that Tonic Brands hadn't argued any such meaning here.

To be clear, the PTO's decision does not bar the company from selling its underwear in America under the name "Comfyballs." But it does mean the trademark would have weaker legal protection than trademarks that are federally registered.

Tonic Brands said it plans to appeal the decision, before possibly altering the briefs' name to something like "Comfypals."

"Eventually, balls may be 'allowed,'" Anders Selvig, the founder of the underwear brand, wrote The Huffington Post in an email.