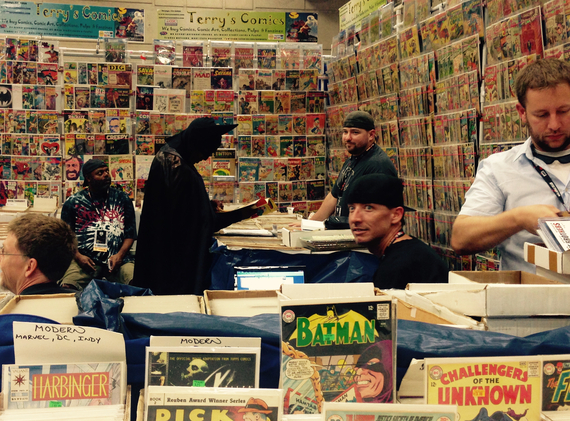 There I was, in the middle of a crowd pushing exactly the opposite way from which I wanted to go. Nobody seemed to understand that I felt stuck...and I'm not talking about the moment I got sucked into the vortex of HBO debuting their Game of Thrones Season 7 teaser. Different is how I felt most of my life, but maybe that's not so different from a lot of the other folks at Comic-Con, which could explain why I felt both like I was on another planet and right at home in this galaxy far, far away. I mean, San Diego. 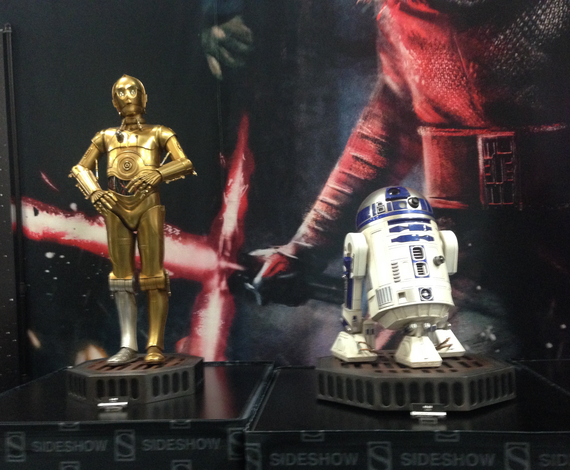 I attended Comic-Con as part of Friday's Transgender in Popular Media: From the Funny Pages to the Silver Screen panel, put on by Prism Comics and Stacked Deck Press moderator Tara Madison Avery. Honestly, I'm not your typical Comic-Con attendee, but that's the point. It's OK to be different there. You're encouraged to stick out, but if you don't, no one's going to fault you for that either. I don't want to idealize comic culture or its conventions--anthropoid nature is anthropoid nature, after all--so let's just say there are some Comic-Con behaviors that should go on the human highlight reel and others that most definitely deserve to get chalked up to insufficient evolution.

We live in a time of unprecedented transgender representation in media of all forms. As if you needed proof, on my drive from LA, I had the radio tuned to an NPR story about Pulitzer Prize-winning writer Susan Faludi and her new book, In the Dark, profiling her parent's transition to living as a woman; on the drive back, an Invisibilia broadcast (7/22/16) included comedian Will Franken, who'd lived for seven months as Sarah and was the recipient of this ill-intentioned gem, "Act like a man. You disgust me."

Although the frequency with which we see and hear about transgender people has put down roots in the media, many of these portrayals are still problematic. Our panel, a panoply of trans artists, set out to explore that reality. Going right for the jugular, our moderator asked what taxing transgender tropes we'd most like to eliminate in the media, or in the words of Morgan from The Walking Dead: "There is no right; there's just wrong that doesn't pull you down." 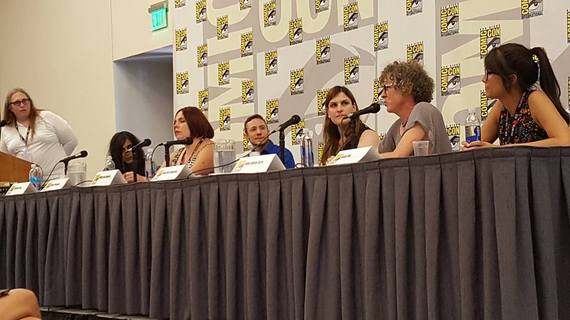 The panelists offered some thoughts:

1. "Stop making trans women into villains, either as a punch line or by making it the sole reason the trans woman is even in the story." - Julie Rei Goldstein
2. "No more looking in the mirror. Just stop with the trans folks painfully gazing at their reflection." - Shadi Petosky
3. "Let's eliminate the trope that trans men have the superpower of invisibility." - Mikki del Monico
4. "That we were born in the wrong body, e.g. man trapped in a woman's body." - Bishakh Som
5. "I'm really tired of jokes portraying trans people as deceptive cross-dressers, and in general, the presentation of trans people as being mock-worthy." - Billy White Acre

Unfortunately far from exhaustive, this list offers a sample of the hyperbolic images even some well-intentioned content creators put out, as well as putting on notice insufficient representation of the positive sort. While it's possible to subvert stereotypes in a way that creates laughter but still helps people relate to each other, we all too often find caricatures that neither upend nor destabilize these tropes. Instead, they serve to further a lack of understanding and acceptance of the transgender community.

This hurts everyone, not just those of us on the receiving end. Bigotry hurts the bigot, and we all need to take a look at ourselves because a bigot is simply "a person who is intolerant toward those holding different opinions." Hatred comes from feeling threatened, and if you ask me, lugging around a heap of fear disguised as righteous anger is an exhausting way to go through life. So much wasted energy in a situation better served by conservation. 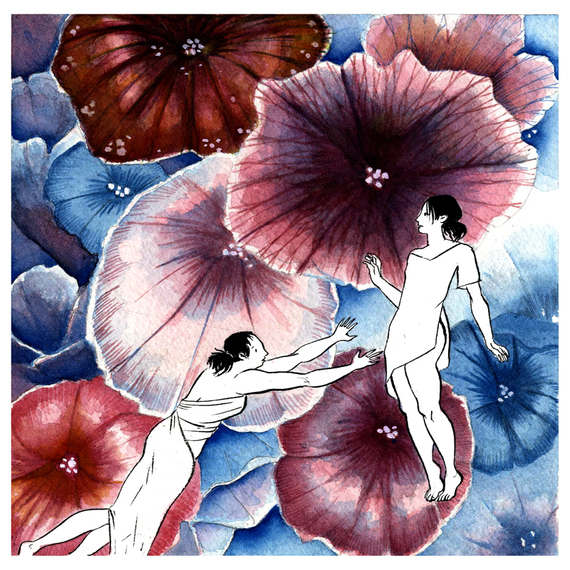 Perhaps the most reverential part of the panel came during the Q&A when a father asked for comics that he could share with his transgender child. I'm sure each one of us had a reason to sit on the panel that day, but for most, I'm going to guess that educating others with first-hand accounts and helping make the world a better place for all transgender people rose high on the list. Maybe just a little higher after that question. 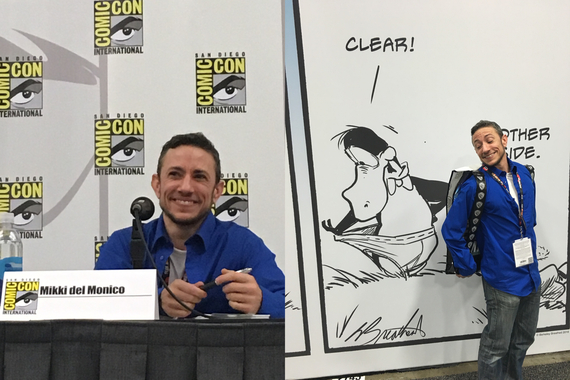 What I took away from being transgender at Comic-Con wasn't just the turtle-shell-sized swag bag. It's that many of us are drawn to stylized worlds because they're about building a version of ourselves that matches the inside. That's what growing as a human being is all about. We're hardwired to connect with people, so the question is how we can share the subjective parts of our experience in a way that acknowledges differences without divisiveness. We are saying, yes, love is love is love, and that includes self-love and that includes those you don't understand. Also, hydration is really important no matter who you are.