I love being on top ten lists... most of the time.

But I recently learned that my cartoon novel BONE was among the American Library Association's top ten most challenged books of the year.

Comics, and graphic novels as they are sometimes known, with their radical mixing together of words and pictures, have long been an orphan art form. They make easy targets, too. Through my work with the Comic Book Legal Defense Fund, on whose board I sit, I've seen how comics still suffer from the mistaken notion that they must be simple, juvenile, and are at best, low-value speech. Because of this and the art form's visual nature, a single page or panel can be glimpsed and taken out of context.

Comics were a hugely positive influence on my childhood. I learned to read because my mom bought me a 25 cent paperback collection of Peanuts by Charles Schulz. Comic books gave me a hobby, and then introduced me to friends who shared a love for the medium. The stories in those little panels fired my imagination -- it wasn't just the colorful characters, it was the structure of the thing. You read it left to right, top to bottom just like a prose book, but there is something else going on; your eyes leap across the space between any two given panels to kinetically create movement in your mind as you flow across the page. A good cartoonist can control the reader's eye, speeding up or slowing down for emotional impact. I quickly realized that reading a comic didn't mean just the words in the balloons, because a great deal of story information was contained in the image, and both need to be processed simultaneously.

I copied my favorite artists and learned to draw. I used to make little comics with early versions of the BONE characters. Simple stories not unlike what you would see in humor comic books back then. Later on in college, my interest in classic and contemporary authors, as well as a love of movies, art, and symbolism, led me to start interweaving more literary structures into my comics. And I wasn't the only one, either. I became part of a wave of cartoonists that wanted to do more with the medium. I'm happy to say we've made progress. More than progress; the last 15 years have been a renaissance. Comics are now part of the literary scene, often garnering reviews in book journals, filling the shelves of libraries and bookstores, as well as creating controversy.

Last year, Chicago Public Schools removed Marjane Satrapi's acclaimed book Persepolis from its libraries and classrooms. Persepolis is the memoir of a young woman growing up in Iran, and while the school district later backed away, no reason was given for recalling the books from the local schools.

This year, not only was funding threatened by state legislators for two South Carolina universities because they assigned Alison Bechdel's Fun Home (the tale of a daughter coming out of the closet to her gay father), but two comics landed on the ALA's Top Ten Most Banned List: mine, of course, and Dav Pilkey's perennial kid favorite Captain Underpants.

All this has led to The American Library Association making comics the focus of this year's Banned Books Week. A celebration that encourages libraries, booksellers, and readers everywhere to stage book events and create displays warning against the dangers of censorship.

So, should I laugh or should I cry? Neither. Despite the thinly veiled political nature of some attacks, our books aren't being banned by the government or made illegal. The first amendment of the Constitution guarantees that. But make no mistake, they are being stigmatized and blindsided by these creeping attacks on libraries and schools. It's up to us to stay vigilant and push back.

Let's give the people who are making these challenges the benefit of the doubt. They are mostly parents and administrators who believe they have a legitimate concern. But that is not the point. The point is that they are trying to take away someone else's ability to choose what they want to read, and you can't do that.

When I first heard BONE was in the top 10, I was stunned. It felt like a personal attack, but you know what? I can take it. My personal heroes are on this list, Twain, Melville, Bradbury, Steinbeck, and Vonnegut, among many others. Authors should have a moral point of view. These are all artists whose work is about something -- authors that do the kind of writing I aspire to.

Jeff Smith is the creator of the BONE series. Read an excerpt below: 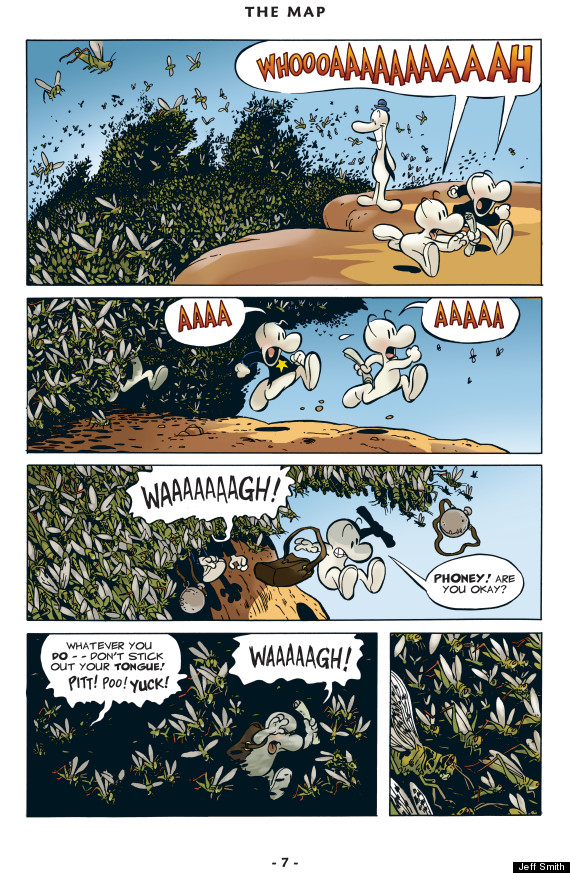 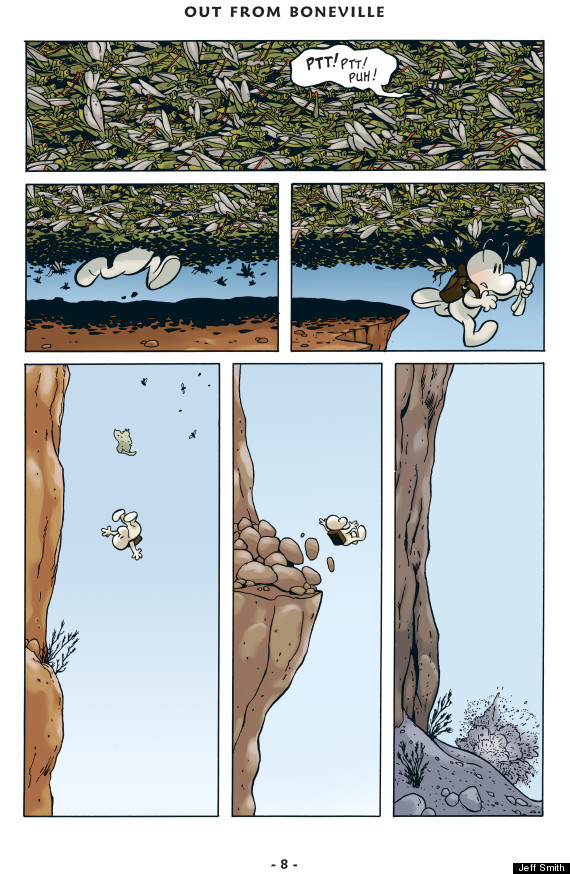 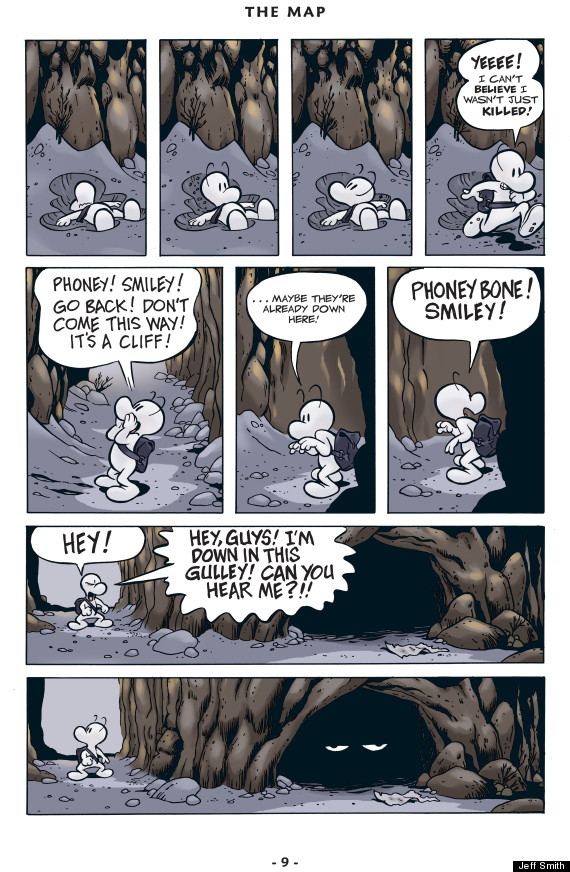