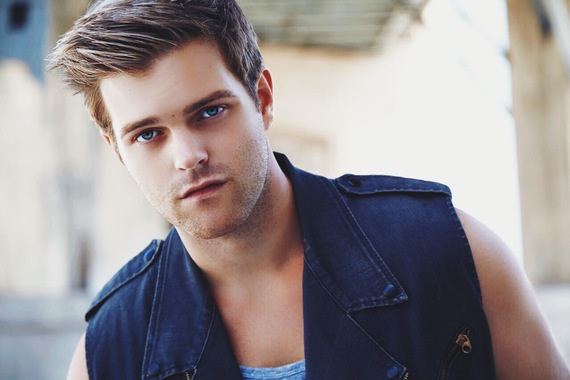 I've been thinking a lot lately about the choice actors or actresses have when they decide to "come out" publicly. When I did it, I got a lot of people genuinely asking why is it necessary? I'd had discussions often about the fact that straight people needn't "come out" and a personal life is personal, so why bother saying anything.

For the longest time I found it relatively difficult to answer that question. Then something clicked.

I believe actors "come out" or stay hidden.

For example, if an actor doesn't publicly announce his sexual orientation, they stay in the dark.

The fact is, if I had of walked hand in hand with Liam on a red carpet before I had publicly "announced" it, then my walking on that red carpet would have been my "coming out" statement. It's unavoidable. The world makes a spectacle of "coming outs" regardless of how they are done. It is news. It is something that not a lot of people do and it is something that unfortunately does make headlines because it's still very much taboo.

I'm all for personal lives. But there isn't an actor in the world who is exempt from their public life being part of their job. They might not discuss their relationships, they might not comment on it, but they don't hide it. That's the difference. Straight actors and actresses don't need to hide away from a lunch with their loved one. They needn't attend their film premiere's and show their work off proudly by themselves and keep their significant other hidden at home.

Jennifer Aniston is a talented yet private actress who shares little about who she is seeing. Yet if she walked hand in hand down the red carpet with a woman, it would be news. That's my point.

The decision of "coming out" for me meant that I could live as myself. I wouldn't have to hide my boyfriend by showcasing my work alone, going to dim-lit restaurants and ignore questions about what "girl i'm seeing" throughout my career. I could live a private life still, but an honest private life.

The fact is I could've kept my sexuality hidden and to myself my entire career, all the while having people speculate or comment on why I was never married or with girls, constantly telling my boyfriend to stay at home while I go and talk about my work at a screening or premiere.

I want a career where if I'm lucky enough to win awards I get to thank my family, my friends and my boyfriend for everything without it being a headline the following day.

I want a life where I don't need to tell my boyfriend to not tag me in a photo on Facebook or twitter in case the press get a hold of it.

I want a life that is honest, open, genuine yet private. However I don't want to hide. I'm done with hiding.

That's why I came out.