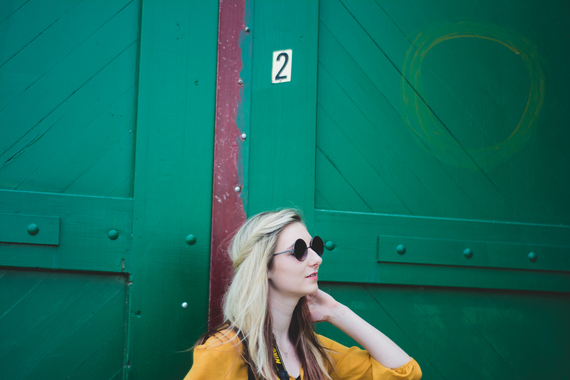 photo by Redd Angelo at stocksnap.io

I've been here, there, and everywhere, trying to discern how to follow my heart and my voice. It's funny how I ended up right back where I started. Here's how I'm figuring it out...

I hired a business coach earlier this year to help me launch a life purpose program I'd been working on since early 2013. Every so often, in efforts to keep me on track, she would ask in her beautiful Irish accent, "Whom do you want this work to serve?"

Often I would stumble vaguely. But sometimes, a passionate sermon would fester up and spew out of me. My heart would ramp up and my neck would splotch. I would pace my floor and rail at the machine that had reduced the "name of Jesus" to a scary stick it could shake to scare the shit out of people. I told her about seekers who, I believed, desperately wanted more than a get out of hell free card. Rather they wanted to know the unbreakable, unending love of Jesus. But they had been turned... off, down, inside out, and away from... Him because of the sins of self-righteous saints.

I explained that many innocent hearts had been held under in the dark, bottomless waters of legalism rather than baptized in the fresh, intoxicating freedom -- the victory Christ really lived, died, and rose for.

My coach suspected there might be others who would resonate with my message. She encouraged me to pursue this fervent voice in writing. I told her, "I simply won't say these things beyond our private call."

I told her the same thing I'd been telling myself for years, "I cannot bear to antagonize my grandmother with such heresy. I'll wait until she is... "

I paused before my voice faded into the word, "gone." The reality was she had passed the month before. And in that moment, I realized I had been using our relationship as a reason not to write. It was often my grandmother's narrow belief that had bound me throughout my life. But in my own spiritual maturing, Jesus had helped me make peace with our differences and settle into a place of quiet understanding. I had no intention of sacrificing our connection in her last few precious years.

But those years were gone. And sitting on the other end of the Skype call with my coach in Israel, I knew it was time to explore this facet of my voice.

I started writing drafts, but it took time, courage and prayer to move my words away from the safety of my hard drive. I looked for a like-minded community in which to contribute, but couldn't locate one. So, with trepidation and trembling, I asked here on the HuffPost who might like to build a community from the ground up.

I was surprised to see people signing up. My isolation dissipated as I started to believe there were more people like me- people who were willing to admit, "We don't have the answers, but we aren't afraid to look for them beyond borders and boxes." I started out by calling us "Closet Christians."

Within a week, the name didn't feel right. I didn't want to us to be hiding in the dark. Rather I wanted a name that bravely flung open the door to let Jesus' light flood in. "No label but Love," is what I heard as I prayed in that place where God's Spirit communes with mine. My soul squirmed with anticipation, "We'll finally have a safe space to share our stories (beyond the reach of those finger-pointers who act like they have it all figured out while judging the those of us who don't)."

And then Jesus did this ironic thing He does when I'm being a pompous ass. He called me on my own prejudice (which I explained in detail here). He gently showed me I was acting just as jabby and judgey and pig-headed with my "I'm holier than you because I'm self-aware I'm not so holy" attitude.

I welcomed the rebuke, because I'd been worried about dredging up conflict and haters anyway. My pendulum swung like pre-teen hormones. "I must love, include, and write for all people who are following Jesus! We will teach everyone to be kind and lick lollipops and spread sunshine." So I made a blog with that in mind. It felt good like a sugar high when I propped it up, but my enthusiasm fell flat as I remembered, "Um, I don't actually write like that."

Then this week, I read an article that said, "The reality is this: You are not in this creativity business to make everybody happy. That's impossible. What you're called to do is say something worth disagreeing with. Go say something awesome, something worthy of criticism. And if it does get flamed, thank God someone's listening."

Then... I went to Bible Study on Tuesday and spent three hours faced with the fact that there is nothing safe about following Jesus. He's daring and dicey, provocative and powerful.

And that's what I freakin' live for -- to follow Him no matter what.

So I'm going to clear things up. I will likely write stuff worth disagreeing with. It's not my intent to taunt but it is my intent to turn over what we think we know and tickle its underbelly. It's my passion to stretch us, so that we grow bolder and bigger and perpetually closer to the habits and heart of our wild and wonderful Savior.