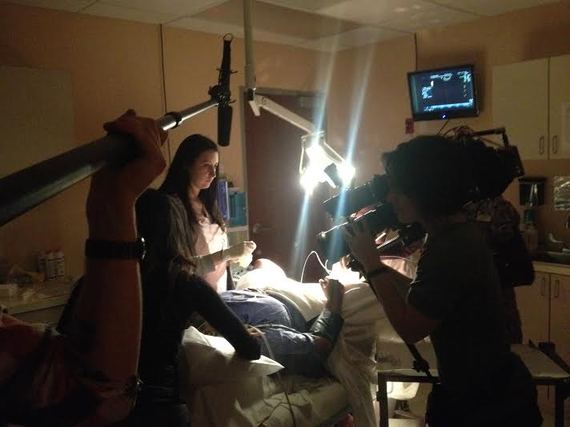 The fertile public at large may not know it, but there's something called "The Infertility Closet." It's where one in eight people choose to either hide or come out when they struggle to conceive.

Last week, the trailer was released for a new documentary, HAVEABABY, which was covered in the New York Times and provoked many reader comments. The film follows a controversial video contest called "I Believe," sponsored by The Sher Fertility clinic in Las Vegas. By creating homemade videos of their stories, many couples participating in the contest are "coming out" about their infertility struggles for the first time.

On the surface, it may seem like an overstatement to equate infertility with coming out of the closet, but I know when I was deep in the trenches, I was closeted about my own struggle to conceive for some time. I came from a Roman Catholic Italian family and it came as a shock that I wasn't conceiving as easily as I expected to. For the first year, I was profoundly embarrassed, depressed and ashamed. Very few knew what was going on and what my husband and I were going through - I was terrified of people finding out. That, along with never having children, was my biggest fear. What would they think of me? Would they pity me? Would they give stupid advice? Would they feel different around me speaking about their own children or their own pregnancies?

After that first year, I started a blog and came out of the infertility closet as I felt like I needed support more than anything else. Even though I did get some silly advice (i.e. "Have you tried having sex with the lights on?"), for the most part, people were extremely supportive.

Now that I have spoken out, it is now part of my job to be an advocate for people who have confided their infertility issues in me -- and they often admit that their family and close friends don't have any idea what they are going through.

I was, in fact, asked by The Sher Institute to sit on the "I Believe" panel tasked with choosing which couple should receive a free round of IVF. I get why the contest is controversial; it is almost an impossible decision to choose a "winner" in these circumstances and granted, it's unfair. But if insurance recognized infertility as the medical diagnosis it truly is, it wouldn't come to this. 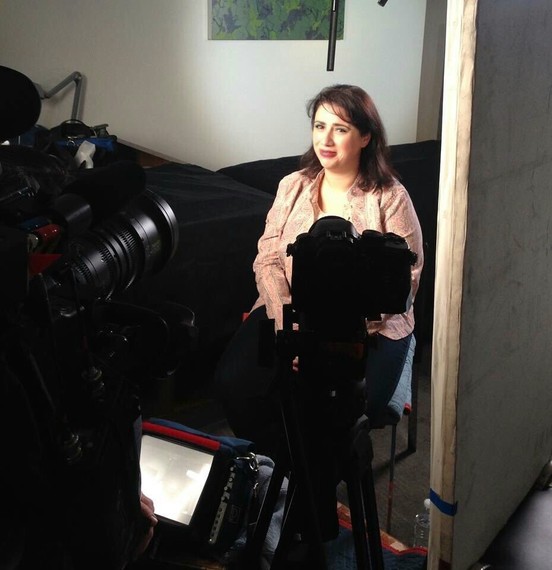 Every year in May, I write Congress on "Advocacy Day" arguing for increased insurance coverage for infertility, but it's an uphill battle. Until that changes, I hope that this contest will help even just a few couples achieve their family building goals. My point is, it's not the contest or this clinic's marketing strategies that are the real problem here, it's the inaccessibility of reproductive medicine for the average person.

Throughout my infertility journey, I've made friends with countless people in the same boat, and all of them have had different conclusions. Some have had children through insemination, IVF, donor eggs, surrogacy and adoption. Others have gone on to get divorces or opt to stop treatment altogether. Infertility isn't just something we talk about on occasion. It's something that can change people's lives forever. And speaking out about it, when you are ready, can be very cathartic, contest or no contest.
The director of the HAVEABABY, Amanda Micheli, interviewed me for the documentary, which is also a "coming out" or her. Amanda is not in the film herself, but she decided to share her personal story in a first-person video alongside the movie trailer as part of her grassroots fundraising campaign on Kickstarter.

I asked Amanda why she decided to come out now, and in such a public way. She said, "I have been asking people to spill their guts to me for the last two years, and I promised them all that I would eventually do the same, as a part of our goal of raising awareness about this issue. But it was a hard decision; my husband and I have been hashing out very personal issues that were really hard on us, all while he was dealing with a cancer diagnosis, and I needed to pick the right time to speak out. Now that the film is nearing completion and I have some emotional distance from the loss we have experienced - which included a miscarriage, and lots of heartbreak - I feel ready. While the comments people make about infertility are often well-meaning, they can sometimes be insensitive or misinformed, so coming out while that experience was still fresh would have been hard. Now, I have a thicker skin, or at least I think I do -- we'll see!"

Right now, both Amanda and I have the opportunity and a place in our lives to help give a voice to those people who can't yet be open about infertility. I can never shake the person that infertility made me. And I promise you, with every fiber of my being, whenever I do anything on this subject, those people still struggling are in my heart and on my mind. And if we speak out enough -- whenever and however we each feel is appropriate for us -- hopefully someday this contest won't be needed.