Coming out is never easy. It's especially difficult for Asian Americans, South Asians, Southeast Asians, and Pacific Islanders (API). We have been taught for centuries not to do anything that will shame our parents or dishonor our ancestors.

To commemorate Asian Pacific American Heritage Month in May, my organization, the National Queer Asian Pacific Islander Alliance, is launching a major campaign to help us come out to our families. NQAPIA's Asian Family Acceptance Campaign will promote acceptance of LGBT people in API families. 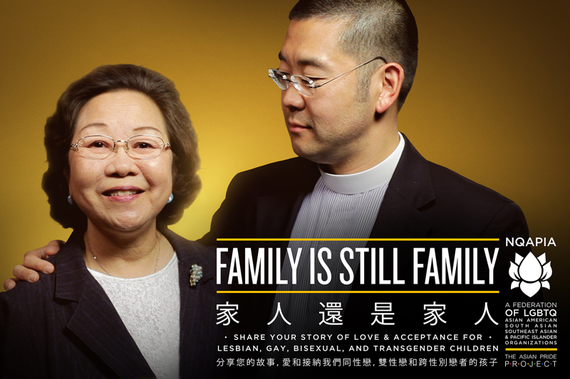 Our history-making campaign includes a first-of-their-kind series of multilingual television ads featuring API parents who love and accept their LGBT children. We have also scheduled workshops in a dozen cities across the country for Asian parents of LGBT kids. These workshops will provide culturally receptive peer-support for parents and their children. They will be in Washington DC, New York, Chicago, Philadelphia, Atlanta, New Orleans, Seattle, Newark NJ, Boston, Orange County CA, and San Diego.

I wish my Filipino mom could have had these ads and attended these workshops when I was growing up.

It took me fifteen years to come out to my mom and dad. I always knew that my parents loved me, but I wanted to share being gay with them.

Like many other APIs, my parents came from the Philippines to America so their kids could have a better life. They wanted me to be successful and secure, so they sacrificed greatly for me. So I never wanted to be the source of drama and heartache.

I tried to come out several times. But something in the family would come up. My grandparents passed. My sister got married. But would it ever be my time?

In the back of their minds, I think they knew. They ignored me when I said I was going to an LGBT youth meeting. After I had gone off to college, my mom called one day. She asked about her missing sequin ballroom dresses. (While we spoke, I was balancing on high heels and practicing my latest drag routine.) Most mothers don't ask if their son has raided their closet. Denial is an amazing thing.

I brought my partner home many times. He was very much welcomed into my family. He was called my "special friend." At a family reunion, when it came time for the family picture, he was asked to be the picture taker. In the photo, I am standing with my family, but I felt as if I was standing alone.

When my partner and I were planning our commitment ceremony ten years ago, I knew it was time to have the talk with mom and dad to come. Dad told me, "You're still my son." But my mom said, "There are no gays back home, so how can you be gay?" The only LGBTQ people that she saw on TV were all white. She deduced that being gay was an American thing, a Western influence, like divorce, teen-pregnancy, alcoholism, and college hazing. 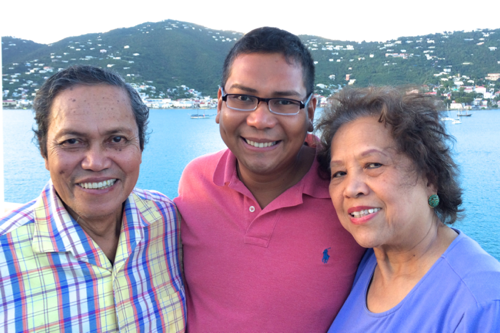 My dad wanted to come to my commitment ceremony but my mom didn't. The compromise was that they attended only the reception. One baby step forward. When my partner and I started our own family, we adopted a child. My parents fully embraced their new grandson. Another step forward. Finally, when New York State approved same-sex marriage, my mother and father were there, standing by my side at the civil ceremony.

My family is like so many other Asian American, South Asian, Southeast Asian, and Pacific Islander families. Coming out is a difficult and long process that moves from tolerance, to some understanding, then acceptance, and finally celebration.

It's wonderful that LGBT people get legally married. But when it comes to LGBT Asian Americans, who will come to the wedding? Marriage is about equal rights; but it's also about the acceptance of LGBT people in our families. What's a civil right when we lack the family recognition behind it?

For the month of June - LGBT Pride Month - NQAPIA will air a series of multilingual television ads on Asian television networks. Airing in six Asian languages and dialects, the ads will reach millions of viewers across the U.S. The ads can be viewed here. 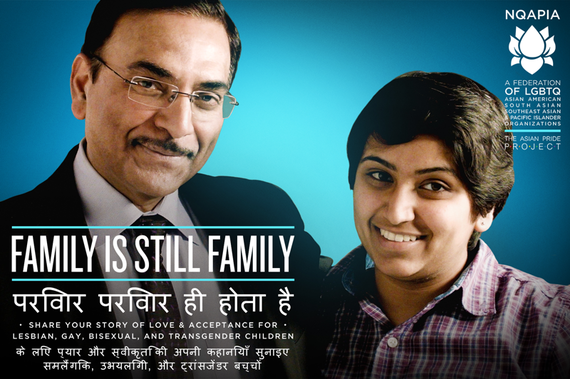 Just imagine watching your favorite Chinese soap opera or new Bollywood movie and a commercial pops up talking about LGBT love and acceptance in Mandarin or Hindi.

Finally, NQAPIA's translated leaflets, "Family Is Still Family, Love Is Still Love" dispel common misconceptions and are available in nineteen Asian languages and scripts. There is so little information out there about sexual orientation and gender-identity in Bengali, Urdu, and Khmer.

Our goal is that the Asian Family Acceptance Campaign will bring families together. For the first time, Asian people will see TV commercials and ads in which Asian parents will declare their love for their LGBT children. We are aiming for the heart, because love always triumphs.