There's a large number of proposals on how to address poverty in the post-2015 development agenda -- from more social inclusion to full employment, more happiness, increased resilience and more. A new paper argues to continue focusing on reducing extreme poverty and drop the rest. 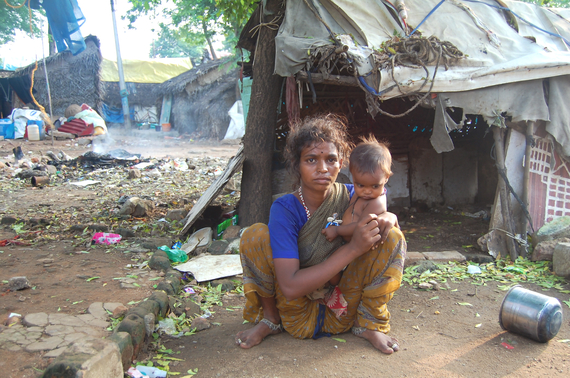 Extreme poverty -- by current reckoning, living on less than $1.25 a day -- is a continuing problem for far too many people in today's world. It is also arguably one of the most important challenges to address, because more prosperous people can afford more to eat, get better access to education and healthcare and generally live better lives. So it's good to see that excellent progress has been made in poverty reduction in recent years.

The proportion of people in developing countries living in poverty more than halved between 1990 and 2010.

But, according to the World Bank, just over one billion people continue to live in poverty, although that's down from 1.9 billion in 1990. The big question now is whether this rapid improvement can be maintained so that we can truly make poverty history.

This is the question which Professor John Gibson of the University of Waikato sets out to answer in a paper commissioned by my think tank, the Copenhagen Consensus Center. He is one of more than sixty expert economists who are looking at a range of ambitious targets covering nineteen broad themes using a key tool of economics: estimating the costs and benefits of various options. This is the most effective way to produce a level playing field to enable sensible choices to be made between the large number of competing options designed to make the world a better place.

At the turn of the century, the Millennium Development Goals (MDGs) were agreed, and great progress has been made in a range of important areas, including poverty reduction. Now 193 national governments are working at the UN to agree to a new set of global targets for the next 15 years. Since we have limited means to address all the world's ills, the targets have to be chosen carefully to be both achievable and cost-effective.

The obvious solution is probably not to address poverty head-on but focus on another policy that could help dramatically: free trade.

The costs of successfully completing the Doha round of World Trade Organization talks would generate more than 3,000 times their value in benefits for developing countries and lift 160m out of poverty.

However, this policy has also turned out to be very hard to implement, and Doha is languishing.

So, Gibson looks at which policies might directly address poverty, and what sort of targets we should use. He points out that already for the MDGs in 2000, a number of alternative targets were assessed and rejected in favor of a simple one of halving the rate of absolute poverty. He argues that this kind of target is still the most sensible one.

One of the problems with any target is that it can sound deceptively simple, but measuring progress -- or even setting a reliable baseline -- can be fraught with difficulty. Collecting reliable statistical data is almost impossible in countries with little in the way of survey infrastructure, the very places where poverty is still a big problem. And, if we can't measure it, we don't know if resources are being used properly. 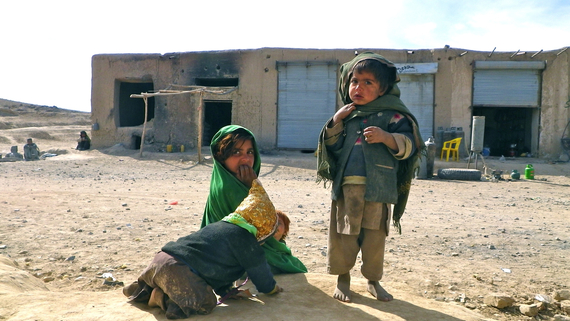 The best which can be done is to take figures where they are available and draw whatever broader lessons we can. This is possible for Vietnam, which has made astonishing progress in recent years. In 1993, 64% of the population were below the poverty line; by 2010 this had fallen to just 5%.

The benefits are wide-ranging. Not only are people earning more and are better able to feed themselves, but more prosperous people are typically better educated and live longer and can make a bigger contribution to the wider economy.

We can estimate the lowest cost for taking people out of poverty as the sum of money needed to plug their poverty gap. It turns out that each dollar transferred pays back 6-9 dollars in overall benefits, both measured in increased longevity, better education and higher incomes.

But this assumes that money can be perfectly targeted. This is an impossible task. Some of the money will be misused and some lost, so the true payback may be reduced by half, to perhaps 4-6 dollars for each one spent. The other important point is that the tremendous progress made in a range of East Asian countries (including Vietnam) in the recent past, is due to a number of factors which are unlikely to come together elsewhere. This is particularly true of sub-Saharan Africa, where poverty is becoming concentrated although in the mid-1980s rates of poverty were very similar in both regions. Many East Asian countries can be thought of as highly capable states, which have had the capacity to make institutional reforms to boost growth generally. There are unfortunately few African states in a similar position.

Also, another important factor at play in East Asia is the simple fact that the staple food is rice. As prosperity has increased and more wheat and meat have been eaten, rice has become cheaper for those poor who depend most on it. In countries in Africa, where there is much more dependence on wheat and maize, the demand for these grains for animal feed and biofuels pushes the price up. This doesn't mean we should give up on other regions, but we have to recognize the difficulty of maintaining the rapid rate of global poverty reduction seen over the last two decades.

Poverty is a complex issue with no simple solutions, but experience in the recent past shows that plenty can be done. Free trade, for one, can do quite a bit of good by boosting the growth of developing economies and providing more jobs. Freer migration could also be a great way to raise individual incomes. Investing in smart programs can help millions of people out of poverty.