I have only been in Timor-Leste for three months, yet it has been an unimaginably eventful time here. From attending three thrilling World Cup qualifying home matches to observing a series of events commemorating Timor-Leste's long, traumatic, and inspiring Independence struggle, I have been been able to experience a veritable lifetime of excitement.

On November 12, the country solemnly honors the victims of the infamous 1991 Santa Cruz Massacre-as well as the sacrifices of the youth and activists who ultimately made independence possible. 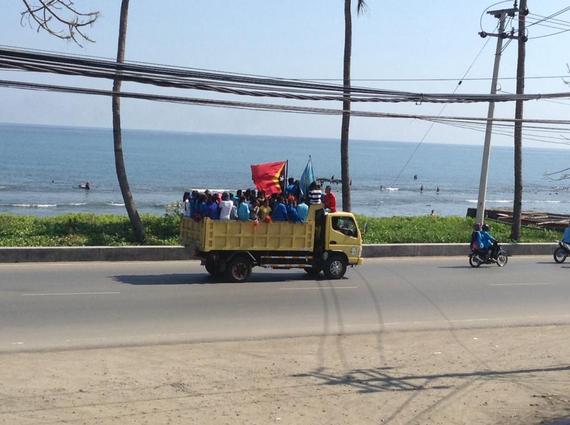 Timorese revelers on their way to National Youth Day commemoration 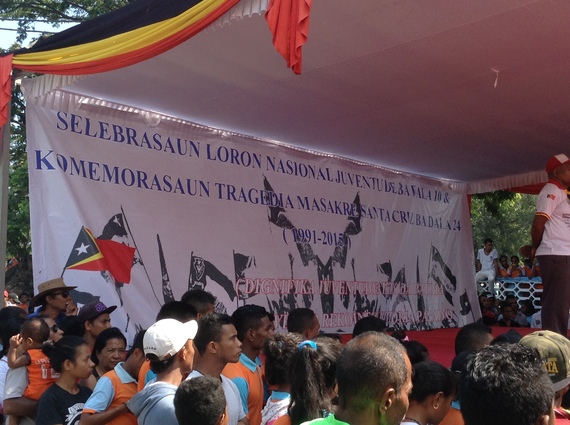 The ceremonies kick off... 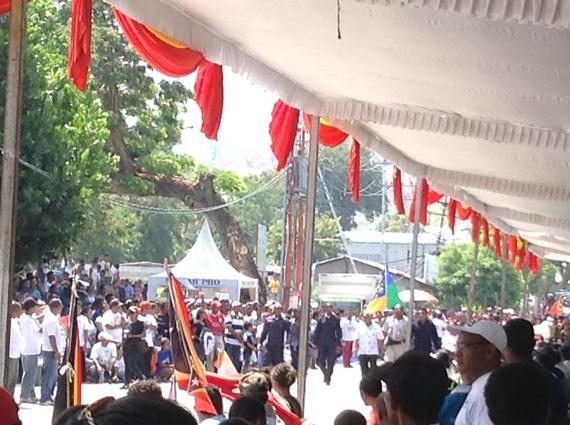 ...And Dr. Mari Alkatiri, Timor-Leste's first Prime Minister, is in attendance! He actually shook my hand... 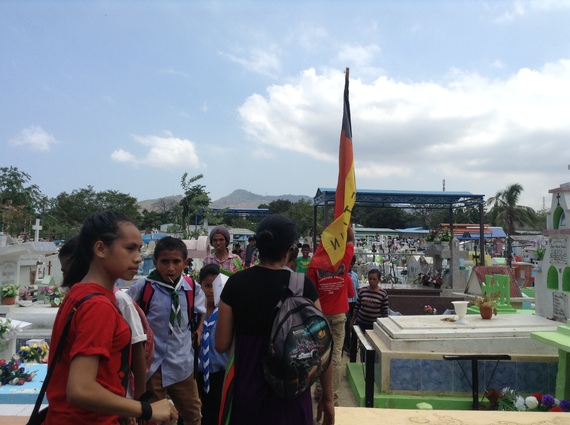 ...as our paths crossed in the Santa Cruz cemetery after the ceremony... 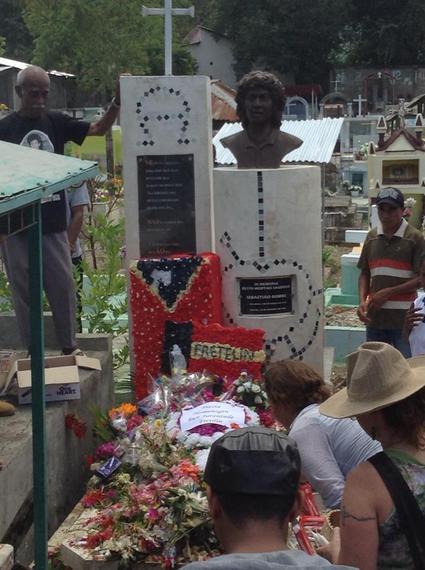 The Celebração: :The Arrival of Lisbon in the East

On November 28, Timor-Leste simultaneously kicked off a fascinating double-header of public holidays. The first was the Celebração, which commemorated the 500th anniversary of the Portuguese arrival to Timor's enclave of Oecusse. While I did not actually get ot attend the Celebração, I was able to visit Oecusse the week before and was fortunate enough to observe some of the preparations. 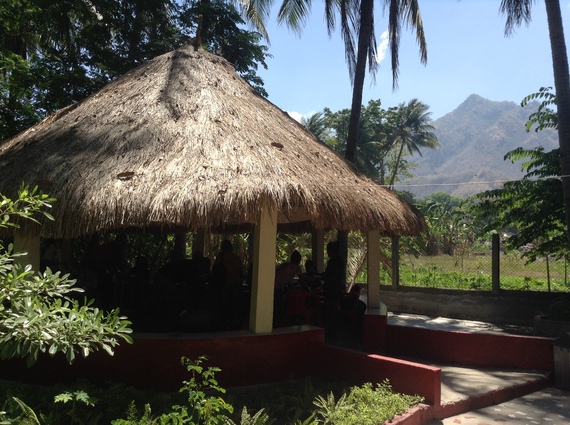 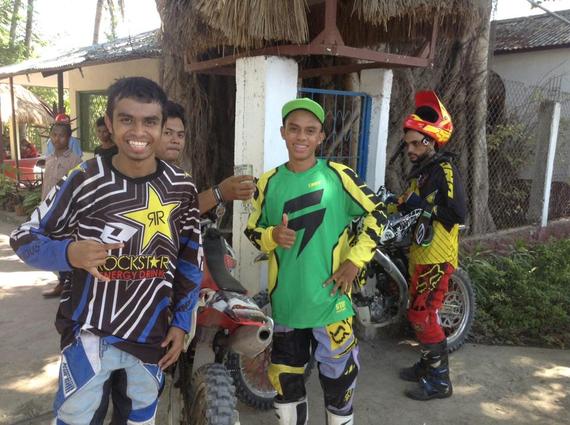 Timor-Leste's Motocross daredevils gearing up to entertain the workers and townspeople while practicing for Saturday's big event! Dr. Alkatiri observed the entertainment as well. 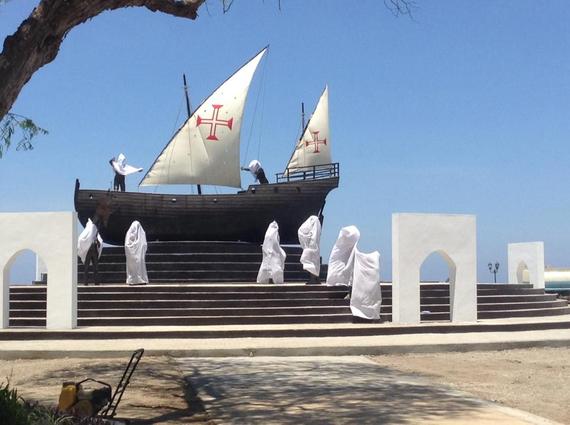 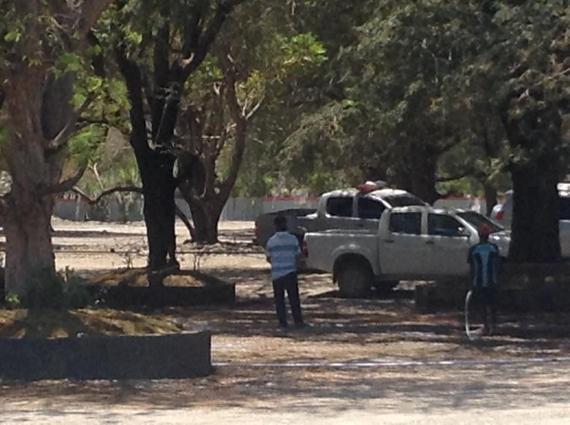 ...and we spot none-other than THE Xanana Gusmão fastidiously watering the ceremony grounds in his characteristic "hands-on" approach to leadership and motivation!

The other November 28 holiday is the commemoration of the 40th anniversary of Timor-Leste's declaration of Independence from Portugal-and subsequent 24 year-long brutal occupation by Indonesia. While many delegates and VIPs (including Nobelaurete José Manuel Ramos-Horta, who briefly returned from his special mission in Guinea-Bissau for the occasion) attended the Celebração in Oecusse, others attended the Independence Day celebrations in Dili. 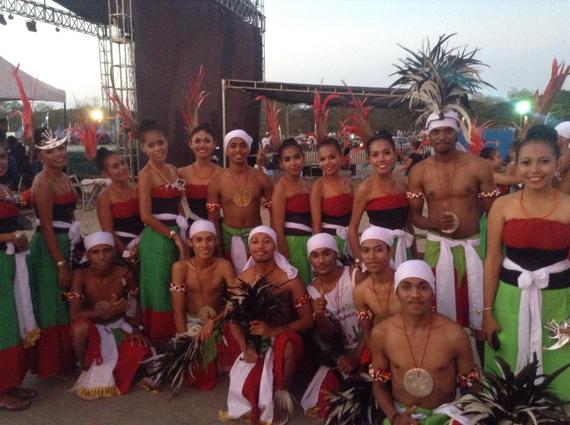 The cultural dance team gets ready to perform! 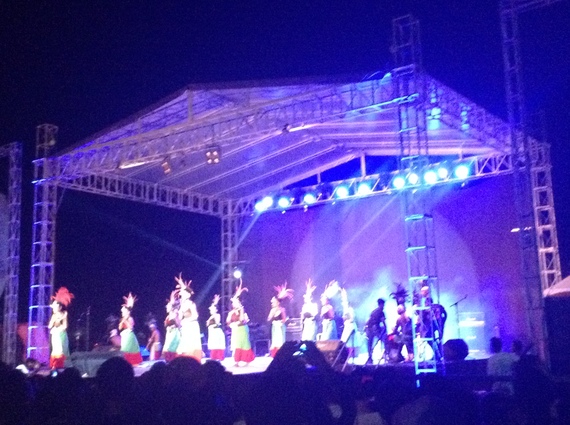 One of the many dazzling performances in the concern-like atmosphere. 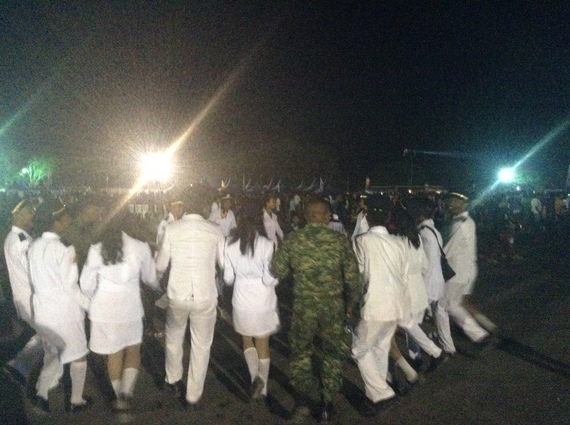 The servicemen and servicewomen of the Timor Leste Defence Force (F-FDTL) enjoy the live music. 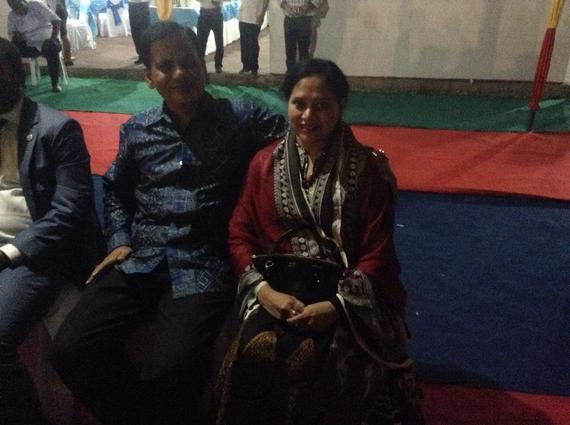 Had the pleasure to meet the Bangladeshi Ambassador to Indonesia and his wife, who were the VIP attendees from Bangladesh. 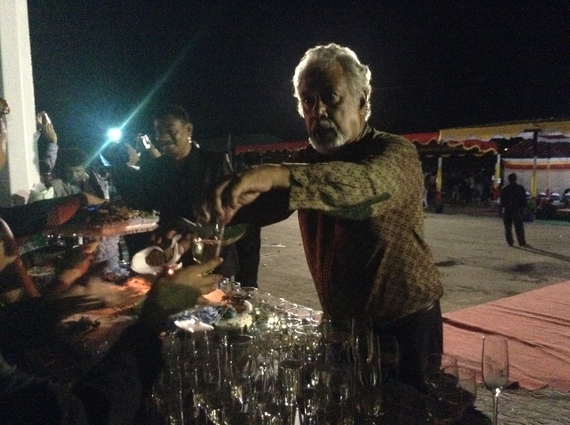 ...When none other than Xanana appears to personally serve cake to the guests 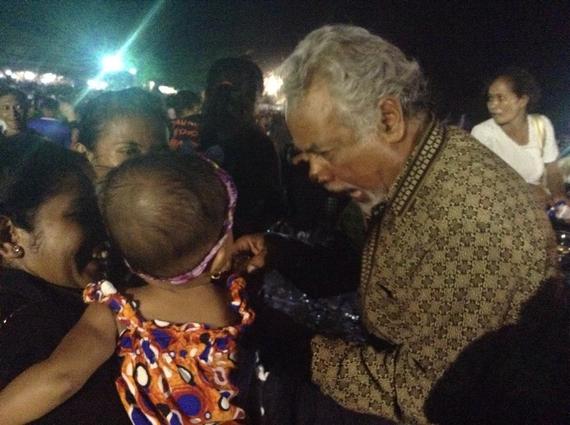 He has a fantastic knack for connecting with people, especially with kids 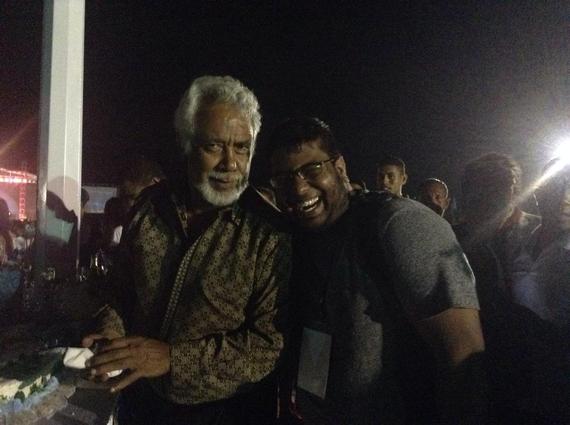 And when the Director in charge of organizing the festivities asks if you want a photo with Xanana, you take that opportunity!

Okay that last photo needs some explanation. Namely: Why do I have such a ridiculous grin on my face; the clear aftermath of nonstop laughter? Because maun bot ("big brother") can joke around like no other, and has a way of unlocking everyone's inner child. Our conversation went a little like this:

Me: Your Excellency, may I please take a photo to show my friends in America?

Me: May I take one to show my family back in Bangladesh?

Ergo the stupid grin on my face. Even an embarrassingly goofy photo with Xanana is still a treasure to behold. Last but not least... 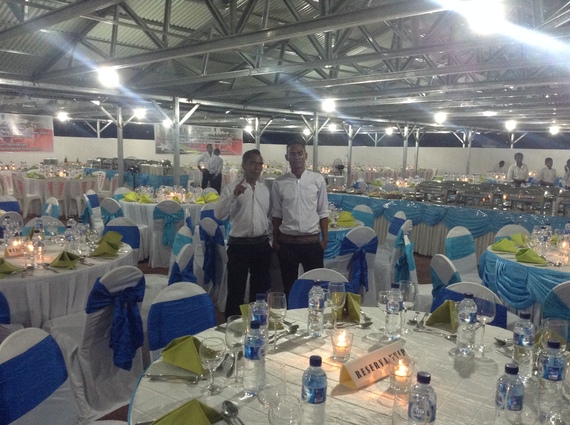 Just a few of the many, many tremendously hardworking and proud folks who made all of this possible.

As my time in Timor-Leste rapidly nears its conclusion (only two short months left!), I already have much to look back on-and memories to treasure for a lifetime. To everyone who made this latest saga in my life possible, thank you.

In true Huffpost citizen journalism fashion, A=all photos were taken with my Ipad (which is otherwise reliable but not so great at nighttime photos), and I will certainly invest in a proper camera for my next photo-essay! Much thanks to the graciousness of the Presidential media and communications team for allowing me to cover the Independence Day celebrations in Dili with the media team.