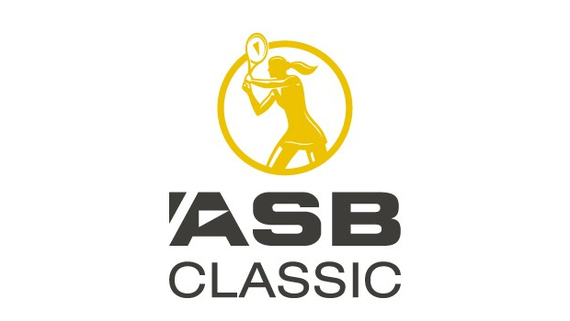 Over the past few days, through all of the troubles with the rain, it has consistently amazed me how at the Classic; there is a consistent commitment to excellence exhibited by all of the organizing staff, as well as the on-court announcers and volunteers. This commitment is exhibited right throughout the tournament, along with all during the year with the preparation of this annual event. This commitment to excellence is perhaps best exhibited by tournament director Karl Budge; who is probably one of the most popular directors on the ATP and WTA seasons'. Throughout the year he travels around the world to scout for the next crop of upcoming talent. For many of the players who are coming to entertain the Kiwi's for the first time, Karl's friendly and engaging nature is often what entices them to come to New Zealand's shores. Public and player relations is such a critical element to a tournament such as this. With Jo Wilfred Tsonga, John Isner, David Ferrer and Kevin Anderson gracing our courts, this tournament will most likely have the strongest selection of men's tennis talent for any 250 ATP event throughout 2016. And there is only one reason why this tournament has that sort of talent, and that is it's commitment to excellence.

Beginning off with the preparation of the event, which starts off right after the last (year's) tournament finishes, the commitment to excellence has to be evident right throughout. For the vast majority of the year, at least until media reports start coming in during December, Karl Budge really is the face of these tournaments. He is the one that is travelling to the overseas tournaments, and is building up the list for players to come here to New Zealand. Back on the ground here at the ASB Tennis Centre, work will also be happening on building up the grounds to be as player and fan friendly as possible. In the past year they have built up an extensive outdoor seating and fan area, where they currently have an assortment of beers and spirits being served. And although this year, while the naming of the men's event as the Heineken Open has ceased, the partnership with Heineken remains strong. In the outdoor seating area/fan zone, Heineken is the predominant beer being served. In the Moet and Chandon tent, alongside the Moet Champagne, there is again an assortment of Heineken available.

All of these partnerships and all of these strong player relationships, don't just happen by accident. Obviously it is not as if the players just suddenly appear; or the court, stands and fantastic outdoor entertainment areas just suddenly appear. These events are a work of constant commitment and consistent work all throughout the year. It is perhaps an irony that while tennis is one New Zealand's weaker sports (at least in our showing on the international stage), the ASB Classic is one of our country's premier sporting events. Over the last few years, the ASB Classic has become an event that really is about much more than the tennis. With the 2016 event's extensive fan zones, the ASB Classic has become one of Auckland's get-there events throughout the annual calendar. And this is not only an achievement of Karl Budge's, but is an achievement of everyone involved in the event. Even the press conferences exude a relaxed air about them. In their introductory pressers at Saturday lunchtime, both Isner and Tsonga talked of how much they have enjoyed coming here this year. The relaxed atmosphere was evident from the moment that they touched down in Auckland. Jo in particular came a few days earlier, and got taken out to Waiheke Island for a spot of fishing.

There was a survey done a few years ago that said that what players appreciate most about coming to an international tournament, is free internet at their hotel and an extra can of balls. But you have to imagine that having the ability to be able to arrive and leave from a tournament such as this, relaxed and energised (especially at the start of the year), is a nice addition. It is very clear that the organizers go out of their way to make sure that the player's are made to feel as welcome as possible. It was obvious that Jo was in a very relaxed frame of mind by his jovial and playful nature during the pressers. The trip out for some fishing may yet prove to be the deciding factor for Jo having a successful year. Since this (or the Sydney International) is the first tournament of the year for professional tennis players, it is crucial that they exhibit quality in everything that they do. And of that there is no doubt.

The ASB Classic has made itself one of the very best events of the New Zealand sporting calendar. And everything they have done this past year, and during the tournament happening now, is due to their collective commitment to excellence.