By Jessica Smith for Shape.com

Women seem to be almost innately programmed to check the calorie content of every food -- after all, we've always heard that weight loss (or maintenance) is all about calories in versus calories out. But to look and feel your best, there are certain times when it's better to opt for a higher-cal food.

More From Shape.com:
Confused by Restaurant Calorie Counts?
Read Labels, Stay Slim
How (In)Accurate Are Calorie Counters at the Gym?

"Low calories may or may not make you thin," says Theresa Albert, a registered nutritionist and author of Ace Your Health, 52 Ways to Stack Your Deck. "Overall, it is the quality of the calorie that counts rather than the calorie itself when it comes to fighting off disease and maintaining health." And it could help you drop a few pounds, too. "While it hasn't been studied, the theory is that if your body doesn't get the nutrients it needs, it holds onto to whatever it gets, making it harder to lose weight." Plus, if the extra calories are from fat, protein, or fiber, they'll keep you satisfied -- and away from the candy bowl.

Whether your goal is better health or slimmer thighs, make the following food swaps for more nutritious, satisfying snacks and meals. 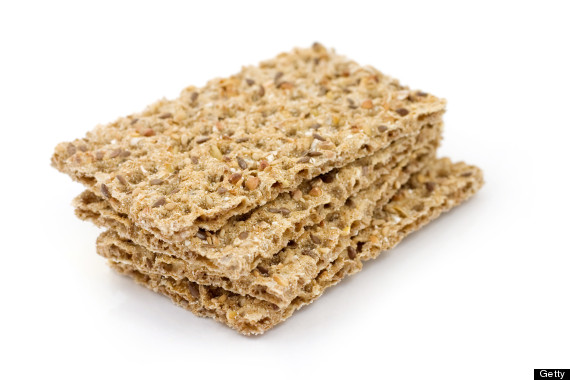 Better Bet: Nuts
When you compare 120 calories for six whole-grain crackers to 185 calories for an ounce of unsalted walnuts (that's 14 halves), the first option seems best. But think again: "The nuts provide omega-3 fatty acids, which help turn off hunger messages in the brain, while the carbs in the crackers may do the opposite," Albert says. And while both have about the same amount of protein and fiber, the walnuts have zero sodium -- something we all need to cut back on anyway, for our health and to banish bloating. 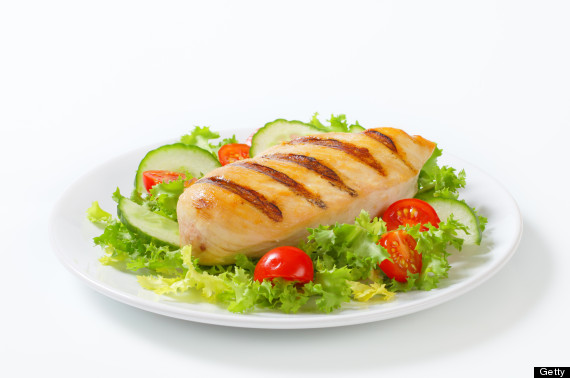 Better Bet: Chicken Thigh
Come to the dark side! For a measly 34 additional calories, 3 ounces of dark meat will give you more anemia-preventing iron and immunity-boosting zinc than 3 ounces of chicken breast. And don't worry about the saturated fat -- there's only one more gram in dark meat than white, and that's a good thing, Albert says: A little sat fat can be more satisfying and prevent hunger later. 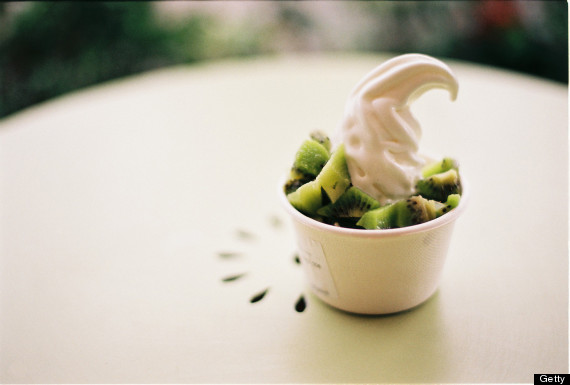 Better Bet: Coconut Milk Ice Cream
Fro-yo isn't as virtuous as many dieters think: "Most frozen yogurts' high-sugar, lower-fat content leaves you feeling unsatisfied," says Cynthia Sass, MPH, RD, SHAPE contributing editor and author of S.A.S.S! Yourself Slim: Conquer Cravings, Drop Pounds and Lose Inches. "You may end up polishing off the entire pint -- nearly 700 calories!" Instead of diving into a tub of potentially chemical-laden frozen yogurt, Sass recommends satisfying your sweet craving with coconut milk ice cream. The saturated fat is healthy medium chain triglycerides, which will fill you up with a half-cup serving (about 250 calories) so you don't go back for more, Sass says. The benefits don't stop there, though. "Research shows that these fats boost ‘good’ HDL cholesterol, lower ‘bad’ LDL, and help reduce waist circumference," she adds. "And coconut provides antioxidants similar to those in berries, grapes, and dark chocolate." 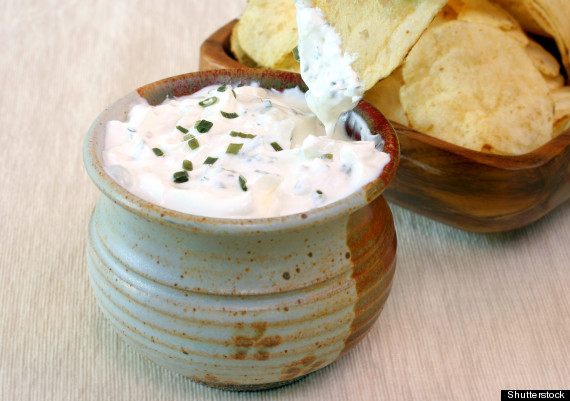 Better Bet: Guacamole
Topping your fajita with reduced-fat sour cream may seem like the better choice, but in reality, it offers little nutrition other than about 12 percent of your daily recommended calcium, Sass says. "For an extra 40 calories and 6 grams of fat per quarter-cup, guacamole comes with the bonus of antioxidants, 4 grams of fiber, and 340 milligrams of potassium, a mineral that helps control blood pressure by sweeping excess sodium and fluid out of the body." And you'll get more antioxidants from your meal's veggies: In an Ohio State study, men and women who ate salads with avocado in them absorbed more than eight times more alpha-carotene and 13 times more beta-carotene, both of which help fight cancer and heart disease. 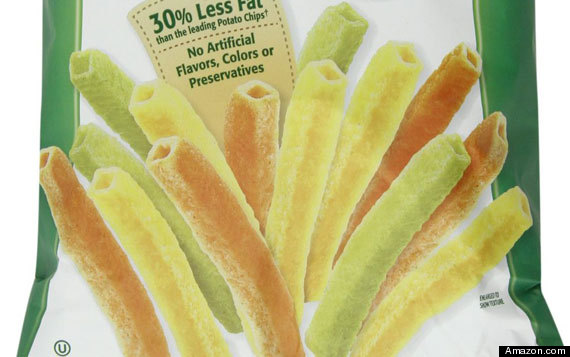 Photo from Amazon.com
Better Bet: Popcorn
Don't be fooled by the name -- those vegetable versions of cheese puffs are made with very little produce and have up to twice the sodium of potato chips for only about 30 fewer calories. Air-popped popcorn gives you the same crunchy goodness and loads more. Three cups counts as a serving of whole grains and packs more antioxidants than a serving of fruit or vegetables, a recent University of Scranton study reported. "That's because the antioxidants are more concentrated in popcorn due to its lower water content compared to fluid-rich produce," Sass explains. And while three cups of plain air-popped popcorn has only 93 calories compared to veggie snacks' 140, who really wants a flavorless snack? Add some oil and herbs, and both your body and your taste buds will enjoy the 160 to 220 calories. 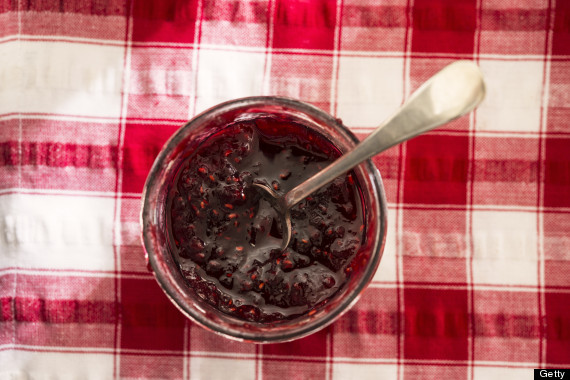 Better Bet: Nut Butter
Something made of rapidly-absorbed starch and sugar and little protein, which will spike your blood sugar and leave you feeling hungry and fatigued, doesn't sound like a healthy choice, right? So put down the jam or jelly and spread some nut butter on your toast, pancakes, or waffles instead, says Lauren Harris-Pincus, R.D. cofounder of NutritionBabes.com. "Even though nut butter can contain nearly twice the calories of jelly, the protein and healthy oils will fuel your body and sustain your energy levels much longer." Perfect whether you work out post-breakfast or simply want a morning meal that will tide you over until lunch. 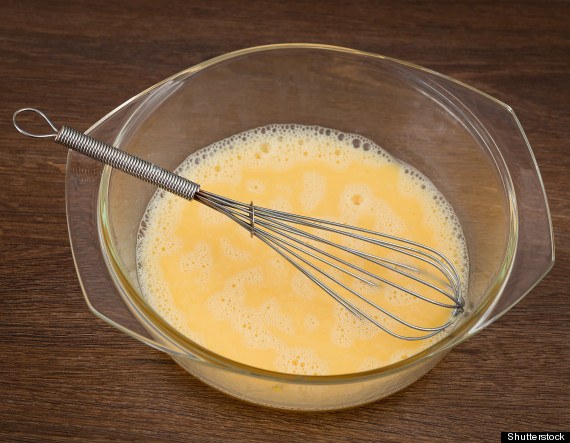 Better Bet: Eggs
The nutrition facts on a carton of Egg Beaters list no fat, no cholesterol, and less than half the calories of a large egg. But direct your eyes to the ingredients list, says Lauren O'Connor, RD, owner of Nutri-Savvy in Los Angeles. "They add sugar and fillers, including gums and 'natural flavors,' for taste and texture consistency," she says. They also fortify the formula since the nutrient-rich yolk is removed, but why go for something created in a lab when you can get the same nutrition naturally? "Not only do real eggs offer plenty of protein, their yolks contain carotenoids; vitamins A, D, E, and K; a host of B vitamins, and DHA (an essential omega 3 fatty acid), all important nutrients for your vision, heart, brain, and bones," O'Connor says. And if recent headlines have you are worried that eating eggs could be as bad for you as smoking, don’t be. They’re not! 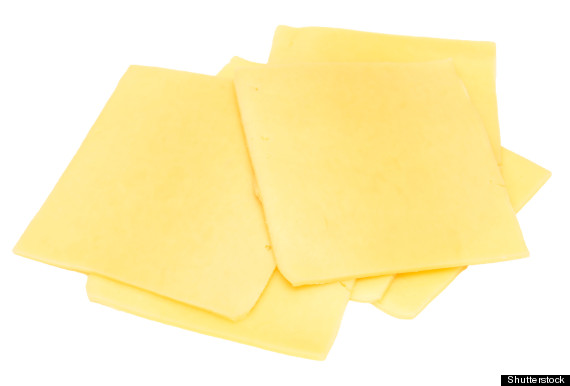 Better Bet: Full-Fat Cheese
Yes, an ounce of real cheddar has 65 more calories and 7.5 more grams of fat per ounce compared to reduced-fat cheddar. But if you still haven't gotten the memo: Fat is not the enemy! Cheese is about equal parts protein and fat, the perfect hunger-fighting combo, says Rania Batayneh, MPH, a certified nutritionist and owner of Essential Nutrition for You. Have a low-fat string cheese with grapes, and chances are you'll be pressing E4 on the vending machine a few hours later; have an ounce of the real stuff with your fruit instead, and your stomach won't make any noise. But what about the saturated fat, you say? A Danish study found no change in the LDL (bad) cholesterol of men who ate 10 ounces of full-fat cheese daily for three weeks. Though more research needs to be done, it's likely women would be fine, too -- though we don't recommend eating 10 servings of cheese a day!