The Common Core, also known as the "State Standards Initiative," is one of the more intriguing methods to spark new ways of teaching. It is now being adopted across the country, with a little pushback from just a few states leery of anything "national," and offers unique opportunities to pursue new methods of using the arts as the vehicle for transforming the curriculum.

The Common Core "toolkit," for example, "proposes that educators engage students in inquiry and exploration of real world problems and interdisciplinary performance tasks," and opens the door to integrating all the disciplines, merging art and science, and fashioning an interdisciplinary curriculum that enhances the thinking skills young people most need. 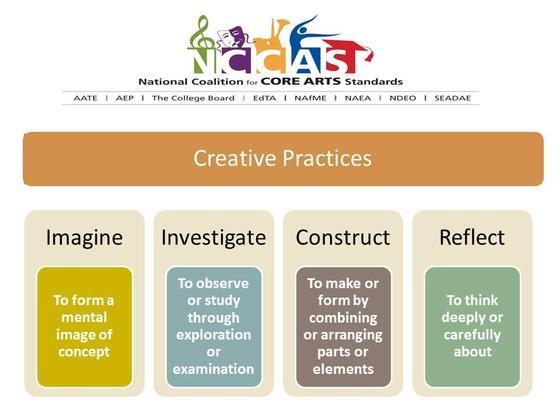 This is one of the most promising developments in education in decades. The recognition that the arts, now broadly defined, are seen as vital to providing the new thinking skills is in itself innovative. For many years the visual and performing arts included dance, music, theater, and the visual arts such as painting, design, sculpturing, and the like. But the world has changed with technology and in the process so has the definition of the arts.

Now, according to the National Coalition for Core Arts Standards (NACCS), "cinema, animation, sound imaging design, virtual design, interactive design, as well as multimedia and intermedia" are included in the definition.

So-called media arts, visual and performing art are all part of the Common Core. Dain Olsen, Media Arts Chair, is optimistic in part because of the widespread acceptance of the media arts and the recognition that the term visual arts include the use of all media.

The president of the National Arts Education Association (NAEA), Dennis Inhulsen, put it this way in a message to its members:

"Visual Arts, as defined by the National Art Education Association, include the traditional fine arts such as drawing, painting, printmaking, photography, and sculpture; media arts including film, graphic communications, animation, and emerging technologies; architectural, environmental, and industrial arts such as urban, interior, product, and landscape design; folk arts; and works of art such as ceramics, fibers, jewelry, works in wood, paper, and other materials." (Emphasis added)

For those who practice the media arts and embrace the discipline as a stand alone art form, the "NCCAS leadership has determined that for the next generation arts standards project media arts will be represented as both a stand-alone discipline defined by learning standards and an integrated tool that works within (and enhances) the other art forms."

That means we are likely to see more "arts integration," more disciplines taught through the arts enhancing learning and retention. As NCCAS has said, "The promise of media arts education is that its adaptive and integrative aspects can be utilized towards both the acquisition of content knowledge and enhanced creativity for students."

It is too early to predict how schools and teacher will use the arts to teach the arts broadly defined or use the arts to integrate all the various disciplines but the NAEA, the NCAAS, and state organizations like CREATE CA, the state of California's goal of publishing a Blueprint for Creative Schools and the California Alliance for Art Education (CAAE) have embraced the broader definition. In fact, as Joe Landon, Executive Director of CAAE put it, "The new media arts standards create a clear pathway for students interested in pursuing career options in industries at the heart of California's economy, including film, animation, and video games. The standards embrace the aesthetics of the arts."

It is critical that we look at "how students learn." As Howard Gardner has written some people are more verbal-linguistic, some more spatial, some more logical and the list continues. And now, after 30 or so years is widely accepted. Yet it has not yet been applied in the schools. There is simply no longer any reason to deny Gardiner's assertion that we all have "multiple intelligences," and for our students, begin to craft learning methods that recognize the different learning styles and the need for more tailored individual learning methods. 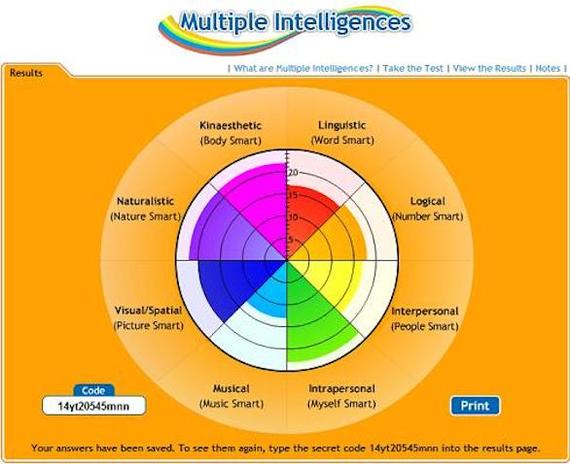 As an IBM executive with responsibilities for education once said, mouth to ear instruction only allows you to hold an audience for about 10 minutes. Showing pictures gives you another 10. But get the kids to ask questions and "learning efficiency goes off the charts."

The issue about what young people learn is also critical. The debate for example between STEM (science, technology, engineering and math) or STEAM which add the "A," while intense, only marks the beginning of what needs to happen in education. Harvey White, founder and former President of Qualcomm, says both the STEM and STEAM concepts are really "placeholders" for something else that needs to be done in K-12 education and the universities: elimination of the silos and a renewed focus on interdisciplinary learning.

The existing silos or disciplines, for example, are really irrelevant to finding a job. Math and science and art and music become important to the extent that they are folded into a larger context, and used to solve real world problems. Only then can the student understand how and why such disciplines are relevant and necessary. Education should not only make young people world-wise and hopefully, ignite a love of learning; it must give our students the skills they need to live a meaningful, productive life, i.e., for most this means a job and a living wage.

There is no doubt that education is changing and changing fast. As the Economist magazine reported recently, "A revolution has begun thanks to three forces: rising costs, changing demand and disruptive technology." They were talking about the threat MOCCS -- massively open online courses -- posed to universities. But the threat of online course offerings extends to K-12 too. Technology that lets young people sign on to a tutorial when they want, from where they want, is too attractive to the students and to the bottom line.

Creative Industries, as the Global Center for Cultural Entrepreneurship understands, is extremely broad and requires an apperception of media arts, performing arts and visual arts. As we increasingly move toward an economy in which creativity and innovation are the hallmarks of the most successful enterprises, our students need the arts as a vehicle to acquire the new learning skills demanded by the rapidly emerging creative economy.

Most importantly, these skills which will certainly help us in the new creative sector, are equally vital to success in all our endeavors.