Parents and students of America, beware. A new set of education standards is already at or coming soon to schools around the country, and it seems to have critics terrified.

These Common Core Standards have been adopted in 45 states plus the District of Columbia, and are already being taught in districts around the country. In addition to emphasizing analytical thinking and deep learning, they are designed to make sure all students across the country are held to the same criteria. U.S. Secretary of Education Arne Duncan says the measure is the "single greatest thing to happen to public education in America since Brown versus Board of Education."

However, the standards seem to have elicited fear and intense rhetoric among critics, who object to the standards for several reasons, including the belief that they take power away from individual states. Some opponents even claim the standards will create an education atmosphere similar to that of Hitler’s Germany or Castro’s Cuba.

Below we have compiled a list of 13 of the most extreme statements made about the Common Core Standards. Have you heard any outrageous claims made about the standards? Let us know in the comments section. 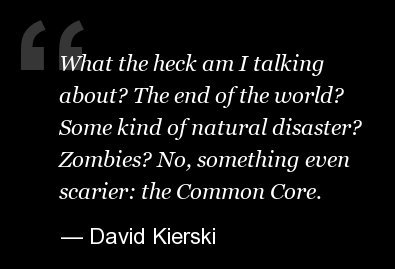