Proponents of the Common Core State Standards (CCSS) like to promote the idea that CCSS is "not a curriculum." The CCSS website further states the disjointed idea that local districts somehow retain true freedom over what is taught in the classroom.

This is a lie.

CCSS is a laundered curriculum. That is, in order for schools to truly adhere to CCSS, classroom materials must be brought into line with CCSS. Even though CCSS might not do so directly, it requires as much of those purporting adherence to CCSS.

CCSS is designed for the masses, not the elite. Elite schools do not adopt CCSS, and that ought to be a real wake-up call for those who view CCSS as Saving American Education.

If CCSS is so great, why are the prestigious schools not in the media promoting its adoption?

Catch the clue, America. In conjunction with CCSS, the term "high standards" might as well be followed by TM.

CCSS ELA tells the masses, "Consider the text in isolation."

As an intelligent being, I have a really hard time being told that I must not exit a text in order to justify my understanding of it.

CCSS ELA "lead architect" David Coleman prefers New Criticism. As such, Coleman prefers to stay "inside" of a text. Moreover, he has peddled a technique to do so, one that has gained national popularity for its coming from the mouth of non-teacher, edupreneur Coleman: close reading.

Teachers who follow CCSS ELA must disregard any instructional materials that direct students to consider context not mentioned inside of a text, whether historical context or (certainly) the reader's personal experience, in approaching a text.

It is one issue to utilize New Criticism sometimes and its alternative, Reader Response, other times. But CCSS lacks this balance.

Thus, CCSS ELA does indeed restrict curricular decisions, and not for the better.

As for CCSS math, the "chair" of the CCSS math development group, Phil Daro, has acknowledged purposely constructing CCSS math in a manner that alters the way math is taught. In other words, CCSS math was purposely created to drive local curricular decisions in Daro's et al. preferred direction.

So, what is the issue with CCSS math?

CCSS math is a disjointed business that is arguably age inappropriate, especially for younger students but stops short of including calculus, the absence of which CCSS math "lead writer" Jason Zimba admits as limiting a student's chances at both STEM (science, technology, engineering, and math) careers as well as admission into prestigious post-secondary institutions. So, as a pro-CCSS cover, schools are told that they can include calculus if they want to. However, that might mean trying to combine other math courses, such as algebra and geometry, in order to "make room" for calculus.

All of this will indeed drive curriculum and directly affect the so-called "freedom" that districts have over curriculum.

Also heavily dependent upon a student's abilities with language and expression, CCSS math arguably becomes a test of language skills and even personality. I know a number of individuals who have a penchant for math and who are not given to detailed explanations on the processes they followed for arriving at correct calculations. I did my doctoral work in stats with many of them. They chose to major in the theoretical, and I chose to major in application.

Many of them struggle with expressing their ideas in writing to those who are not as adept with numbers and at public speaking.

Are they to be classed as "not college and career ready" in math?

Those "Willing to Help" with CCSS-aligned Curriculum

And then, there are the education corporations such as Pearson counting on offering curriculum to go along with their CCSS high-stakes assessments. Districts desperate to make those high CCSS test scores in order to survive test-driven, state evaluation systems will bend to surrendering curriculum decisions to the creators of the high-stakes tests.

However, whether purchased or locally created, CCSS curriculum must follow the restrictions and problems introduced by CCSS itself.

Though it claims to be "internationally benchmarked," CCSS exists in no other country. It is at best an untested Frankenstein created in cut-and-paste fashion by taking qualities of other countries' education systems, compiling them, and declaring that This Will Work.

To beat the competition.

It does not make sense to emulate pieces of other education systems in an effort to somehow "beat" them. And it makes even less sense to forge ahead and tie local curricular decisions to unproven "higher" (TM) standards.

But there are a growing number of organizations willing to "help" teachers do just that. On my school email account, I receive each day a numerous emails from organizations offering to "help" me become "CCSS ready." On my personal email, I've had two emails come my way this week, one from the National Center on Education and the Economy (NCEE), offering "rewriting textbooks for Common Core." I've written two posts (here and here) related to both "economically driven education" and NCEE director Marc Tucker, author of the infamous "Dear Hillary" letter, written in 1992 to Hillary Clinton. In it, Tucker posits that education should provide the means centralizing governmental control and, consequently, ending local control.

This is the man whose organization is "helping" teachers "rewrite textbooks for the Common Core." Pause and think about that.

Another email I received is from a nonprofit called EdReports. It has taken upon itself the role of publishing "Consumer Reports-style reviews of curricula and textbooks early next year."

Both Gates and Hewlett want CCSS to drive the entire public education enterprise-- and that includes curriculum.

Motivations behind these "offers" to "help" teachers standardize public education behind CCSS range from "creepy ideological" to "fiscally opportunistic."

I think it's safe to assume that teachers and administrators nationwide are being inundated with such "offers to help" align their local classrooms to the Great and All Powerful CCSS.

CCSS: Intended to Standardize, Not Localize

So. If after reading this post, one still holds to the idea that CCSS seriously allows for local, curricular freedom, let me suggest that you perform another "close read" of this entry.

But do not hesitate to think for yourselves by drawing on your own experiences and knowledge of various education "reform" efforts that were supposedly The Answer and ended up not being so- not the least of which is the test-driven, punitive No Child Left Behind (NCLB), which now has most states "waiver-beholden" to CCSS and its assessments.

What a great addition to local curriculum such history makes.

Time to push back, local-level America. 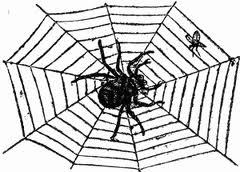