A troubling percentage of American adults believe that miscarriages are rare and caused by a woman’s negative lifestyle choices, stress or physical activity, according to a study published in the journal Obstetrics & Gynecology.

In fact, miscarriages happen in about one in five known pregnancies. Most are caused by some kind of developmental problem in the embryo.

The myth of rarity is just one of many miscarriage misunderstandings that perpetuate a harmful cycle of shame and isolation around grieving women, according to Dr. Zev Williams, the study's author. Williams, who directs the Program for Early and Recurrent Pregnancy Loss (PEARL) at Albert Einstein College of Medicine of Yeshiva University and Montefiore Medical Center in New York, hypothesizes that they stem from the “ancient nature” of miscarriage.

"Many conditions that we have to contend with today -- Alzheimer’s, cancer, heart disease -- are largely ailments of old age and have become significant public health issues only in the modern era, when people are living long enough to develop them,” he told The Huffington Post in an email. "Miscarriage, in contrast, has been a problem since ancient times, and thus much of the public’s thinking about it may have been formed long ago, in an age of folklore and myth and before the era of modern medicine."

Another problem, according to Williams: Despite the fact that we know so much about pregnancy, there’s still a huge lack of scientific understanding about the first trimester and miscarriage, as well as the effects of a loss on the mother.

“Regrettably, miscarriage still remains a very taboo subject that is not discussed publicly or even between friends and family members,” Williams said. "As a result, even though there are one million miscarriages annually in the U.S., people don't speak about it, and so when it happens, those experiencing it feel that it is rare."

Williams conducted the study as an online survey of 1,000 participants who were recruited to take the survey while doing routine online tasks. The demographic makeup of the survey respondents resembled the 2010 national census in terms of gender, age, religion, geography and income. However, study participants tended to be more white and Asian and better-educated than the general population.

Read on to learn about the most common miscarriage myths these survey participants believed. 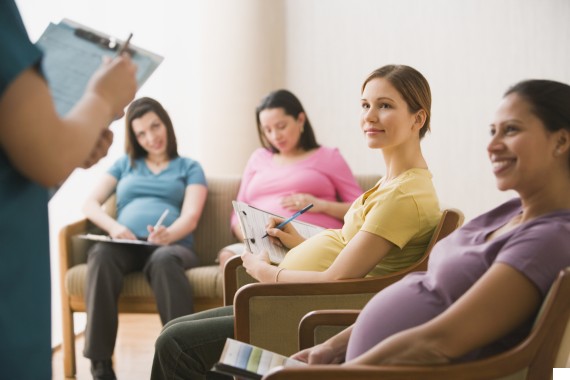 If only! The sad truth is that miscarriage, defined as the loss of a pregnancy before 20 weeks, happens in about 15 to 20 percent of all known pregnancies. Most miscarriages occur in the first trimester. This rate would be even higher if it accounted for miscarriages that take place even before a woman knows she is pregnant, according to the National Institutes of Health.

This rate means that about one in five women who become pregnant will miscarry. A woman has a chance of experiencing one miscarriage in her lifetime if she is pregnant five times.

However, the majority of survey participants -- 55 percent -- said they believed miscarriage was "uncommon," defined as a rate of less than 6 percent. Men were 2.5 times more likely to believe this than women.

Myth 2: Miscarriage is caused by a stressful event or lifting a heavy object.

People are always trying to carry things for pregnant woman or “helping” them by telling them to calm down and avoid stress (ha!). But the truth is there is very little evidence that miscarriage is linked to a mother’s emotional state or physical activity.

These misconceptions are also reflected in the survey results. While almost all participants (95 percent) correctly believed that miscarriage is mostly caused by a genetic disorder in the embryo, large portions also believed incorrectly that stressful events, long-term stress, lifting heavy objects or even getting into an argument could be to blame.

In reality, about 60 percent of miscarriages happen because of a chromosomal abnormality in the embryo, wrote Williams in the survey analysis. Other medical issues that could cause miscarriage include uterus abnormalities, hormone disorders, autoimmune disorders and blood clotting disorders, according to Williams.

Myth 3: Miscarriage is caused by previous use of an intrauterine device or birth control pills. 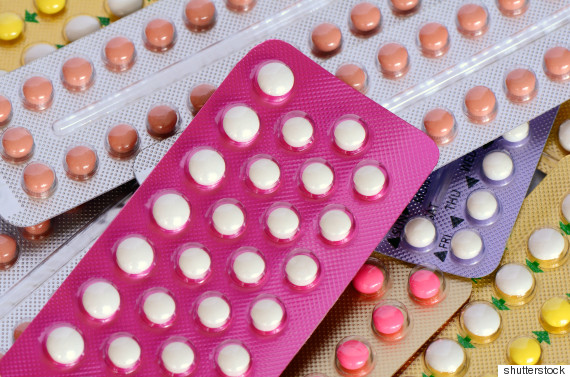 While they weren’t in the majority, sizeable portions of survey participants also incorrectly believed that past use of an IUD or the birth control pill could be possible causes of miscarriage (28 and 22 percent, respectively) .

But despite what they may have heard from “19 Kids And Counting,” hormonal birth control devices and pills don’t cause miscarriages. Taking a daily birth control pill has been shown to have no effect on a developing embryo, and in fact, a 1995 paper on the topic found that increased years on the birth control pill actually correlated with lower rates of miscarriage.

And while an IUD can cause miscarriage or preterm birth in the unlikely event that you happen to get pregnant with the device still intact, previous use of an IUD has no significant effect on future fertility. A 2010 analysis of previous studies on the subject said the return of fertility was "rapid" after stopping use of a copper IUD, comparable to its return after the use of condoms and the pill.

Myth 4: It’s the woman’s fault when a miscarriage happens.

The survey included a set of additional questions for women or partners who had personally experienced a miscarriage (about 15 percent of participants had, on par with the general public). Of these people, 47 percent said they felt guilty, 41 percent said they felt they did something wrong, 38 percent felt they could have prevented the miscarriage somehow and 28 percent reported feelings of shame about their miscarriages.

"For example, we often tell people not to mention that they are pregnant early on because of the risk of miscarriage,” he said. “Implicit in keeping an early pregnancy secret is the notion that if there is a miscarriage, you wouldn't want anyone to know.” That social norm, however, keeps women isolated from their support system in the event that a miscarriage does happen, just when they would need their family and friends most.

Myth 5: Nothing can be done to lessen the pain of a miscarriage. 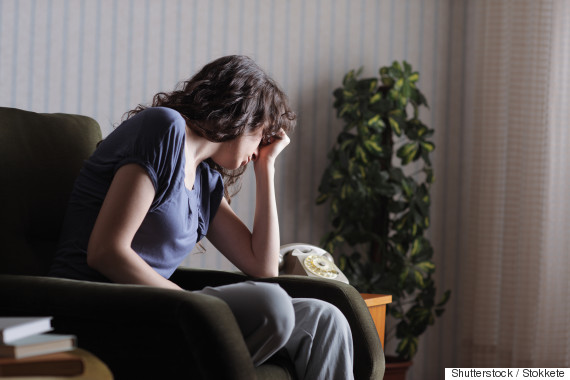 Knowledge is power, and when it comes to miscarriage, knowledge can be a balm, too. The vast majority of participants (88 percent) said they’d want to know the cause of their miscarriage to prevent it from happening in the future; 78 percent said they'd want to know even if there was nothing they could learn to prevent future loss.

Knowing why a miscarriage happened can help women let go of the notion that they had somehow caused the loss, the study said. Compared with those who were given no reason for their miscarriage, participants who had learned the reason for their loss were less likely to feel as if they had done something wrong.

Unfortunately, most (57 percent) never learned the cause of their miscarriage. There is a way to establish what exactly went wrong in the chromosomes of miscarried embryos, but the analysis is expensive and generally recommended only for women with recurrent losses. The tests can deliver inconclusive results that don’t necessarily provide any guidance for future conception attempts. That needs to change, said Williams.

"In almost half of all miscarriages, no cause is found and part of that stems from the limited knowledge that we have about miscarriage,” he said. "Much more research is needed to discover medical causes of miscarriage and ways of preventing them, but since there is no vocal advocacy group, remarkably little is spent on miscarriage research relative to its prevalence and impact on maternal health."

More than one-third of survey participants (36 percent), even those who had never experienced a miscarriage, said they would view pregnancy loss as the equivalent of losing a child.

The medical world needs to get on board with that emotional reality. The internet is full of heartbreaking tales of unsympathetic or cold medical professionals delivering the news of a miscarriage, or dismissing fears of miscarriage. Indeed, of the survey participants who had personally experienced a miscarriage, only 45 percent said they had received “adequate emotional support” from their medical community, while 25 percent said they didn’t receive any support at all.

Williams hopes his survey will clue doctors and nurses in on the beliefs their patients may have about pregnancy loss.

"While the physicians know that miscarriages are common and understand that things like stress or lifting something do not cause miscarriages, it will help in their counseling for them to have a better knowledge about what patients understand and believe about miscarriage,” he wrote in email.

There’s no “correct” way to grieve a pregnancy loss. The intensity of the grief is on par with other significant losses a person can experience in life, according to a 2008 review of research on mourning after miscarriage. The grief seemed to lessen after six months in the review, but subsequent research has not been able to find a link between the length of gestation and the length of grief. Grief can linger even past the eventual birth of a healthy child, according to the American Psychological Association.

Myth 7: No one wants to hear about your miscarriage. 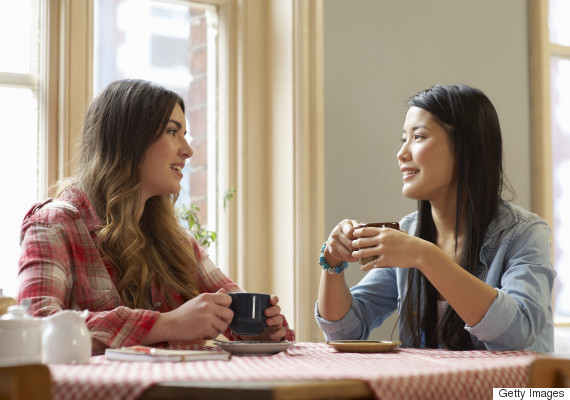 Not only do people want to hear about your miscarriage, but your story could end up helping support others who experience pregnancy loss in the future. Twenty-eight percent of participants who had experienced miscarriage said learning about celebrities’ experiences helped them feel less alone, and 46 percent felt that way when it was their own friends telling the miscarriage story. Williams hopes his survey can play a small role in helping women feel less alone if they miscarry.

“While the audience of the journal are physicians, I think the group that will benefit the most from this study are the general public and those who have suffered from a miscarriage,” he said. "Often, just knowing that you are not alone, that you are not at fault and that the tremendous loss that you feel is normal, can be very helpful and ease just a little of the pain."


10 Fertility Facts You May Not Know