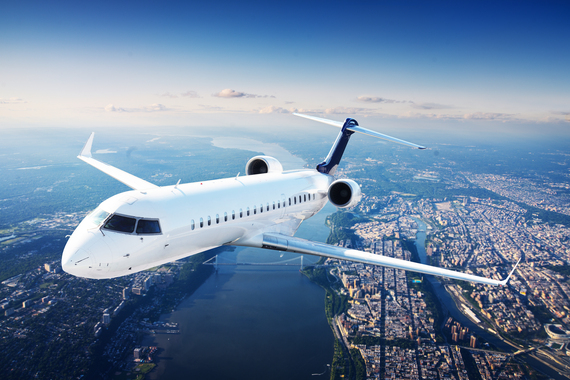 Because the dudes on MythBusters can't spend every episode disproving outrageous claims people make about airplanes, we reached out to pilot, air travel blogger, and author of Cockpit Confidential, Patrick Smith, to help us bust 11 of the most popular flying myths. 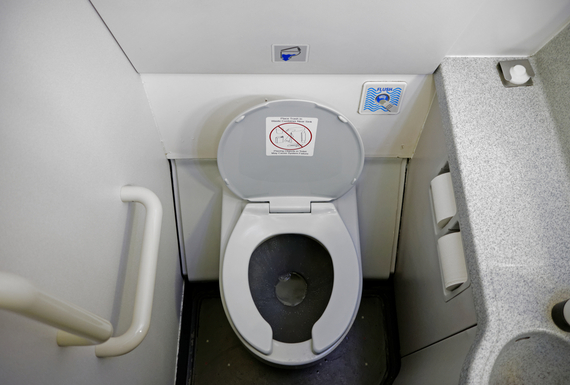 Planes dump human waste while flying
This one has been around for ages -- and with no merit. It's simply impossible. The tanks hold waste until the aircraft lands, and they are emptied by the most badass dudes at the airport. However, in an incident years ago, a defective valve allowed toilet water to leak out into the airstream, forming a kind of high-altitude icicle along the side of the plane. "The ice eventually broke free and was sucked into an engine, causing the entire engine to separate from the aircraft," Smith says. "This gave rise to the phrase 'When the sh*t hits the turbofan.'"

Cabin air is full of germs
You would think a small, enclosed space with any sick person would lead to a hotbed of germs, right? I mean, we did show you this gross video of a sneeze spreading through a plane and point out how flying is destroying your health.

However, the air on planes is surprisingly clean. It's plumbed in from the compressor sections of the engines, Smith says, and while some of it's recycled, it all runs through high-efficiency particulate air (HEPA) filters. But beware of surfaces. "If you get sick after flying, there's a greater chance that it's from something you touched -- a lavatory handle, your armrest, or tray table -- rather than something you breathed in." And if you want to know exactly what NOT to touch, here are the eight dirtiest parts of the plane. 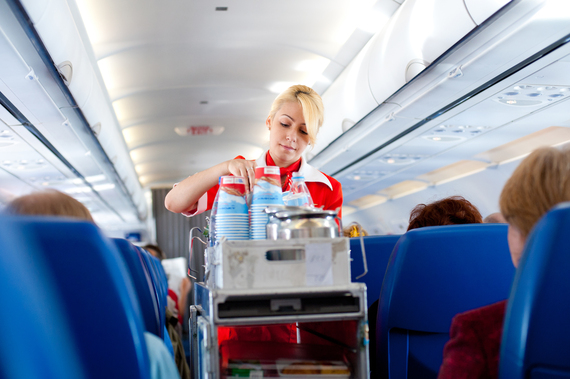 You get more intoxicated when flying
Only if you step up the number of drinks you order! Or start mixing your own crazy cocktails at altitude. Many people claim they feel more intoxicated while drinking in flight, mostly because the pressurized air makes the cabin feel like you're sitting between 5,000 and 8,000ft above sea level. It's like drinking in Denver. But there's absolutely no difference in a person's blood-alcohol content.

You can open the door on a plane
We already addressed this one in detail here, but lo and behold, the myths continues! No doubt everyone on board would jump into action if they saw a rogue passenger messing with the door handle, but fear not, there's no getting it open. Not by hand, at least. When the plane is pressurized in flight, the door is locked against the fuselage by thousands of pounds of pressure. "You'd need a hydraulic jack [to pry it open], and TSA doesn't allow those," Smith says. 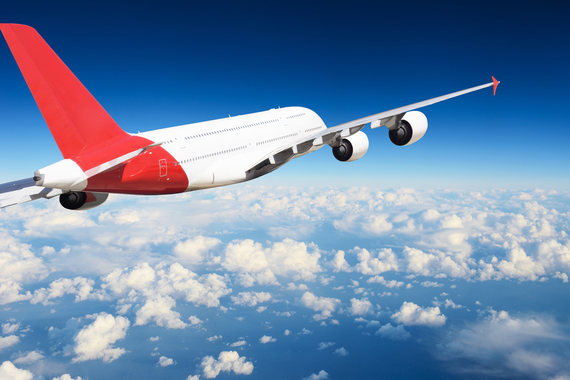 Planes pretty much fly themselves at this point
This one is, understandably, one of the most frustrating myths for pilots. It's a misunderstanding about what autopilot and cockpit automation are actually capable of, and how pilots interact with those controls. Smith compares it to the technology in a surgeon's operating room: while it makes certain tasks easier and safer, it does not come even remotely close to getting rid of the need for the surgeon. "A plane can no more fly itself than an operating room can perform an organ transplant." It's that simple. Ninety-nine percent of landings, and 100% of takeoffs, are still performed manually, with either the captain or first officer (co-pilot) physically at the controls.

To find out what 6 other myths about flying you definitely shouldn't believe, get the full story at Thrillist.com!