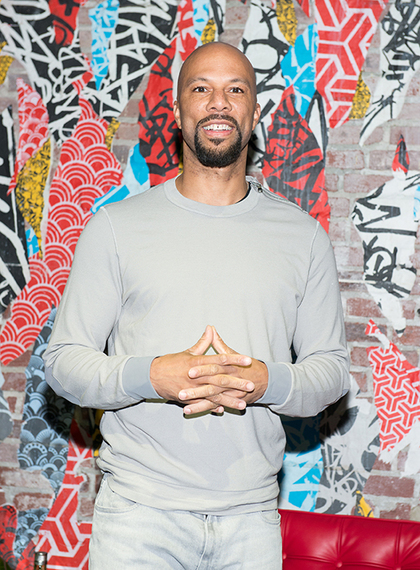 New York City is deep in the throes of Fashion Week - designers are hustling to put the finishing touches on their collections, fashion bloggers darting from one presentation to the next, and the clinking of cocktail glasses can be heard in copious parties spread across town.

This year, the iconic gin brand Tanqueray has taken an innovative approach to Fashion Week, and has launched the Tanqueray Trunk Show. A series of events focusing on mentorship to inspire and motivate up-and-coming talent in design and fashion.

The series kicked off in New York City with a panel discussion to discuss style, entrepreneurship, and entertainment hosted by Tanqueray. The master-class panel was lead by Coltrane Curtis of Team Epiphany and featured Maxwell Osborne, head designer for Black Apple and Public School as well as 2013 CFDA Fashion Fund Award winner, Ronnie Fieg, owner and designer of KITH NYC, and Jason Geter manager of Iggy Izalea and founder of Grand Hustle Records. 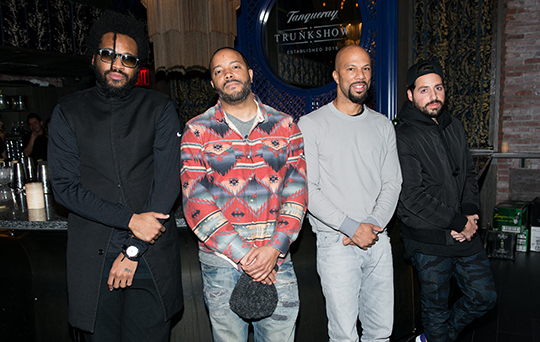 A post-panel celebration was hosted at TAO Downtown, and highlighted with performances by DJ Wonder and hip hop artist, Common.

I had the opportunity to sit down with the Golden Globe Award winner to discuss the Tanqueray Trunk Show, the role of mentors in his life, and how he likes to drink his gin:

Gastronomista: What role have mentors had in your life?

Common: Mentors have impressed and influenced my life tremendously. Mentors, beyond my mother, have been the ones who have shaped my life the most. From one of my basketball coaches early on, to my uncle, gave me another side, especially as a male mentor. Even within friendship, getting some mentoring from older people ... i look at that as a kind of mentoring, although it's not formal, still, it's a way of leading someone to a path. Thats what helped shape me to be who i am.

Gastronomista: What do you recommend for aspiring designers and artists to do to help propel their careers?

Common: One of the most important things you can do is find your voice. What i mean voice, find what your style is, what do you want to say, what's the statement you want to make.

Once you're able to do that, it's going to evolve and grow, but the core of what that is, it is still there. You might come up with new ideas for a new design or a new line for a certain season, but the core of who you are as a designer and what you stand for should be consistent.

You have to find that. Also know that you can get inspired by so many different facets of culture, and utilize that. Keep growing. Always keep growing.

Gastronomista: How do you think that today's mentors can better engage with up and coming talent?

Common: I think it's important that we listen...and pay attention. Listen to the talent, see what obstacles they might be coming up against, what things they feel like think they need to know. Once you know what people need, then you can offer the information that you do have. Everyone doesn't know everything, but the information you've experienced - to be a mentor you can share that and give them the seeds to plant so they can grow. And then they can come back and help out the next generation. 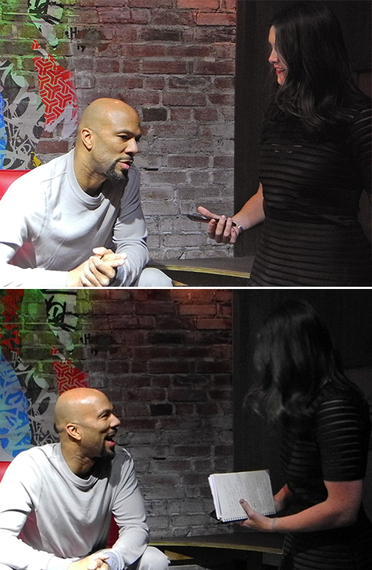 Gastronomista: At the end of the day everyone deserves a cocktail, what's your libation of choice?

And with that, we shook hands, smiled, and headed to the bar for a Tanqueray Tom Collins. 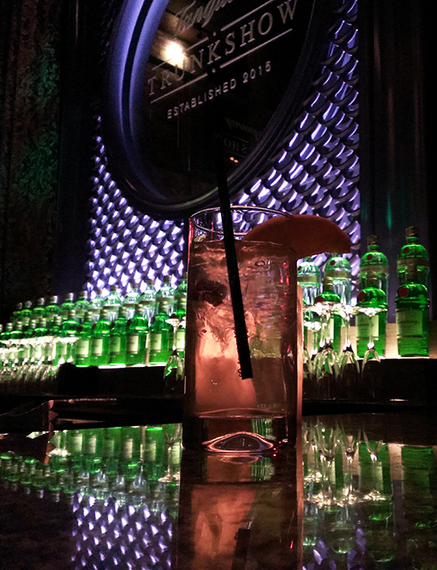 Later in the evening Common took to the stage to share his experience of being a creative person trying to succeed at any level. Here is a clip from one of my favorite parts:

And I want to say, whatever voice you find within yourself, whatever that passion is, use that voice and stand on that voice. until I really got to the point where I was like, ok, I'm going to use this voice and I believe in this voice. Because even when I released some of my first music, I don't know if I truly believed in the voice, I was like I'm passionate about hip hop, passionate about MCing, I want to be dope, but there was something about belief. You all know what I'm talking about, when you truly believe in each and everything you're doing, whether it's a failure, to some people's eyes, or weather the biggest success, but you believe. 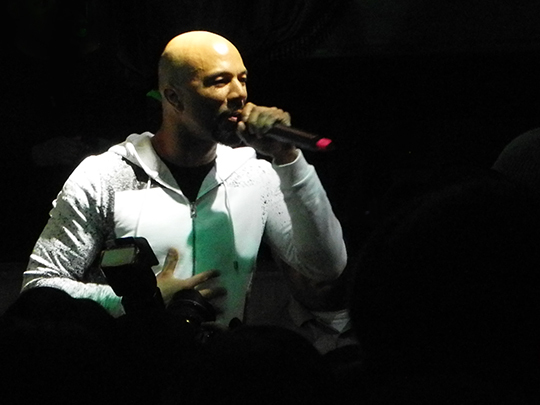 And one of the things that ironically later on in my career I got to kinda soak in, was being around Kanye. And you all know Kanye got no problem believing in himself, right? 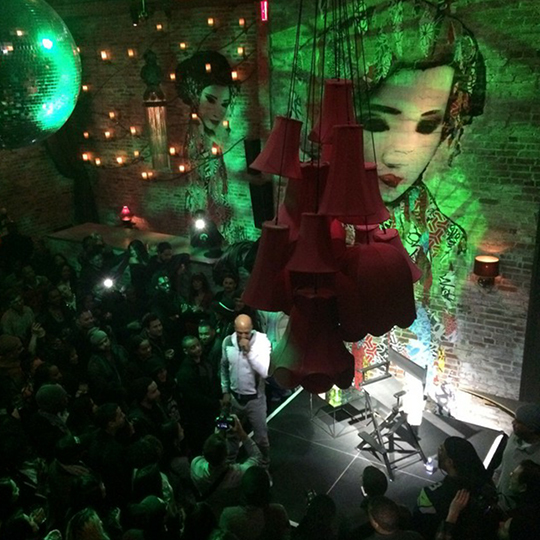 Photo by The Beautiful Experience

But being around certain people surrounding myself people like Kanye and other people who were inspiring me to be greater, and saying "use your light." I watched Kanye do his listening sessions, and he'd jump up on the stage, and be rapping songs, and spitting on people and sweating, and rapping songs - there'd be songs I didn't even like, that I'd start liking just because he believed so in them so much. Belief is contagious. You know what I mean? So I started realizing, man, as much as I want to be a great rapper, I need to believe in myself wholeheartedly.

Hey - There's going to be times when your mother, your girlfriend, your husband, your cousin gonna be like - man - I don't know about that, I don't think you're talented in that area. But you know what it is.

You know you got that gift, so use that gift.

Know when that gift is there, even when I start believing in myself, and knowin' I got it, there's still some challenges that are gonna come. the challenges they always gonna come. and the higher you go up, the more challenging it becomes. 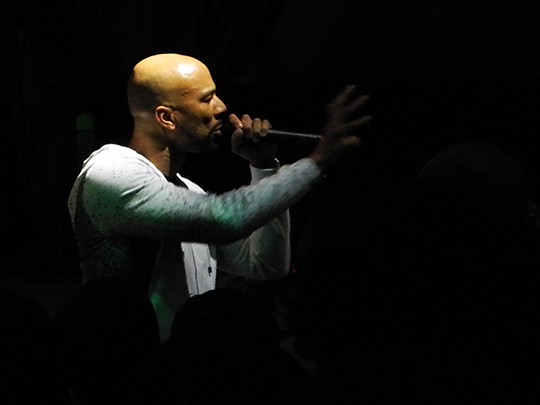 Common then performed a few songs for the crowd, ending the set with The Light.

Catch the rest of the Tanqueray Trunk Show Series: