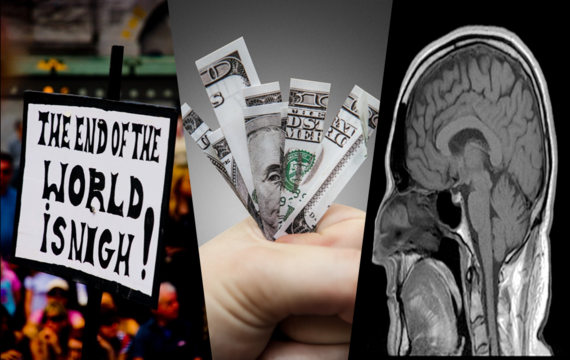 How to not communicate climate change and the justification for my TEDxTeen Talk:

In the weeks since doing my TEDxTeen talk at the indigO2 in which I invited a new way to talk about the problem of climate change, I have had the pleasure of talking about my message to friends, colleagues and the public.

I have learned that when it comes to making an impact there are two things you should consider: What is your message and how do you communicate that message.

This doesn't just apply to climate change; communication is such an important part of getting any message out there. Yet we just tend to focus on the message itself and communication of that message is a bit underrated.

How do you make the average person on the street listen up and confront the 'abstract' threat of climate change when in everyday life people are juggling a myriad of short term responsibilities, decisions and stresses?

We see this all the time as people tackle imminent and trivial jobs on their to-do list but postpone distant but important decisions.

I use the term 'abstract' to talk about the impact of climate change as it is perceived by many to be distant in time (predictions are made about temperature and sea level change for decades ahead) as well as distant in space (the perception that climate change is generally a developing world problem).

This perception is a result of communication -- climate change has been presented as a deeply scientific and academic concept far removed from everyday life. My TEDxTeen message is that climate change needs to be communicated through the language of everyday risk and everyday decisions.

To put my idea into context I want to look back at several tactics that have been deployed to raise awareness of climate change in the UK during my years of communicating climate change.

All of these communication ideas have tried to make climate change issues open and overt with the aim of promoting individual action on climate change. All of these methods have in common a classic information-deficit model of communication, where the message is decided by experts and diffused into the public. This is an important point which I will pick up later- remember it for now!

The Apocalyptic Rhetoric- The End Is Nigh! 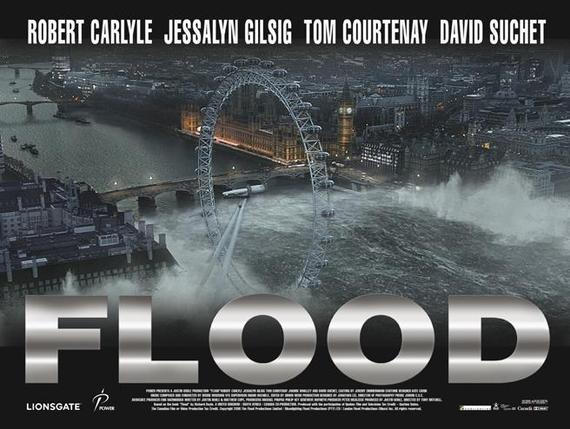 Something along the lines of: Rising sea levels will wash away your city, drought will cripple your food supply, tropical disease will spread to pandemic levels and climate migrants will flood over borders and destabilise the state. Very Hollywood I know -- but this rhetoric was first used around 2005 as a way to try and invoke action on climate change by public bodies and the media. It was as if Chicken Licken herself was writing the headlines as media and climate publicity outlets boldly claiming that sky was falling down on us.

Unsurprisingly the apocalyptic approach didn't have an overwhelmingly positive effect in empowering people to take action on climate change. Quite the opposite.

People felt disempowered: We're not in the world of superheroes where one person can single-handily save the world from impending doom- so put down that spandex suit and quirky mask and get back to your desk...

The problem of climate change was seen as FAR too big for one person to tackle so this created a sense of fatalism and didn't inspire much action.

Let's try again to communicate how important climate change is.

Macroeconomics -- Show Me The Money! 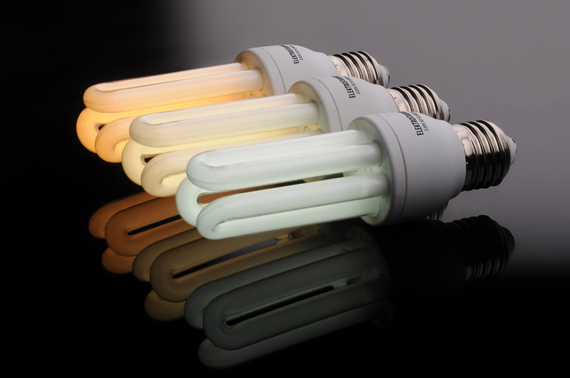 In 2006 Sir Nicolas Stern published a game changing report when it comes to communicating climate change. The Stern Review clearly set out the most comprehensive report on the economic implications of climate change.

A summary if you don't want to read all 700 pages is that: The benefits of strong, early action on climate change far outweigh the costs of not acting.

Without action, the overall costs of climate change will be equivalent to losing at around five percent of global gross domestic product (GDP) each year, now and forever. Including a wider range of risks and impacts this could increase to 20 pecent of GDP or more. Whereas the annual costs of achieving stabilisation between 500 and 550ppm CO2 come in at around 1% of global GDP.

This economics approach was adopted at a more micro level by energy saving initiatives and local councils which promoted the public and business to save the planet and save money at the same time. This approach was very successful- to a point.

Hoorah! We've cracked it -- planetary and economic win! Not quite...

At a macro-economic level the cost-saving side of climate change carried little weight as governments prioritised short term policies and quick fixes. At a household level people made simple energy efficiency savings and were prepared to make major eco improvements with the help of grants but when these dried up so did the schemes. Few people were prepared to go it alone and invest in household renewable technology to make long term savings but incurred a large upfront bill.

It's All In The Mind- Science And Cognitive Dissonance 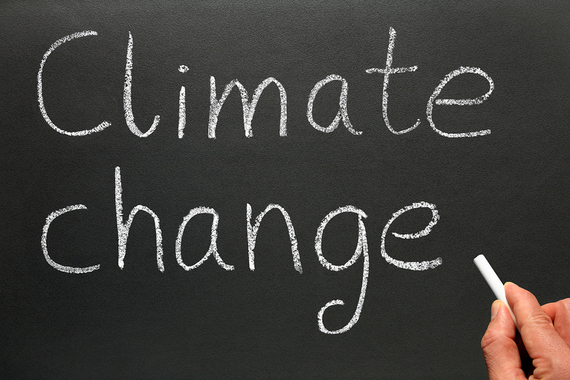 Alongside the economic communication science was also taking centre stage.

I helped to promote this scientific way of communicating climate change. I was certain that scientific education was the solution to the problem! I believed that if people understood the problem, they would understand the importance of it and take action.

Climate change was on the curriculum and in the media. Diagrams of global warming flooded classroom walls and Al Gore brought scientific climate education to a global platform with 'The Inconvenient Truth'.

After many years of this approach the result is that we care about climate change-but not enough. This cognitive dissonance is a psychological condition where we experience a stress of holding two conflicting views.

We have made simple convenient changes to their lives- in line with economic rationale, but we are unprepared to go further. Tackling climate change is seen as an altruistic thing to do but we are generally not prepared to dramatically alter our consumerist way of life or business to tackle it.

We have perceived climate change to be an 'abstract' threat as the topic has been presented as scientific and academic. Because of this climate change is perceived to have no relevance to everyday life.

We have also become socially conditioned to once shocking scientific facts. We do not react with shock and awe anymore when the latest rates of ice sheet melting or rainforest deforestation are published. The only positive to come out of this over reporting of climate facts is that we have a better understanding of the size of Wales... 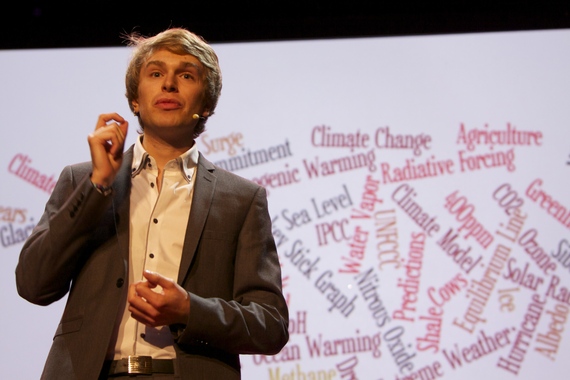 I see my TEDxTeen talk as one possible way of changing the way that we talk about and communicate climate change.

Climate change is a deeply important issue to all of our lives and we need to start recognizing that. We must talk about climate change in an everyday context and learn how it will affect us as individuals.

Stop shouting about the science of climate change and start learning about how this will affect you?

How will this affect you?

Check out my TEDxTeen Talk.

Featured images: Via , Via