"Community" is finally returning (Thurs., Mar. 15, 8 p.m. ET on NBC) -- can I get a "woohoo!"? -- and we thought it was about time to document the show's many levels of comedic intimacy, infographic style.

From the crushes to the kisses (and almost kisses. We're looking at you, Annie and Britta.), the flashings to the sexual harassings (ahem, Pierce!), the roommates to the karaoke dates ("Kiss From a Rose," anyone?), we've mapped out every single major Greendale relationship* that's taken things beyond "just friends."

*These intimate relationships are only the ones we've seen onscreen. Apologies to the girl whose baby Abed delivered in the back of that car; so sorry to Chang's ex-wife who we never officially met and therefore sort of don't believe she exists; and a shout out to Pierce's seven ex-wives and 34 other stepkids who didn't sleep with Jeff.

Check out our awesome color-coded infographic to walk down memory lane with some Human Beings from "Community" past, and to find out who the true hussy of the group is. And it's not who you'd expect. 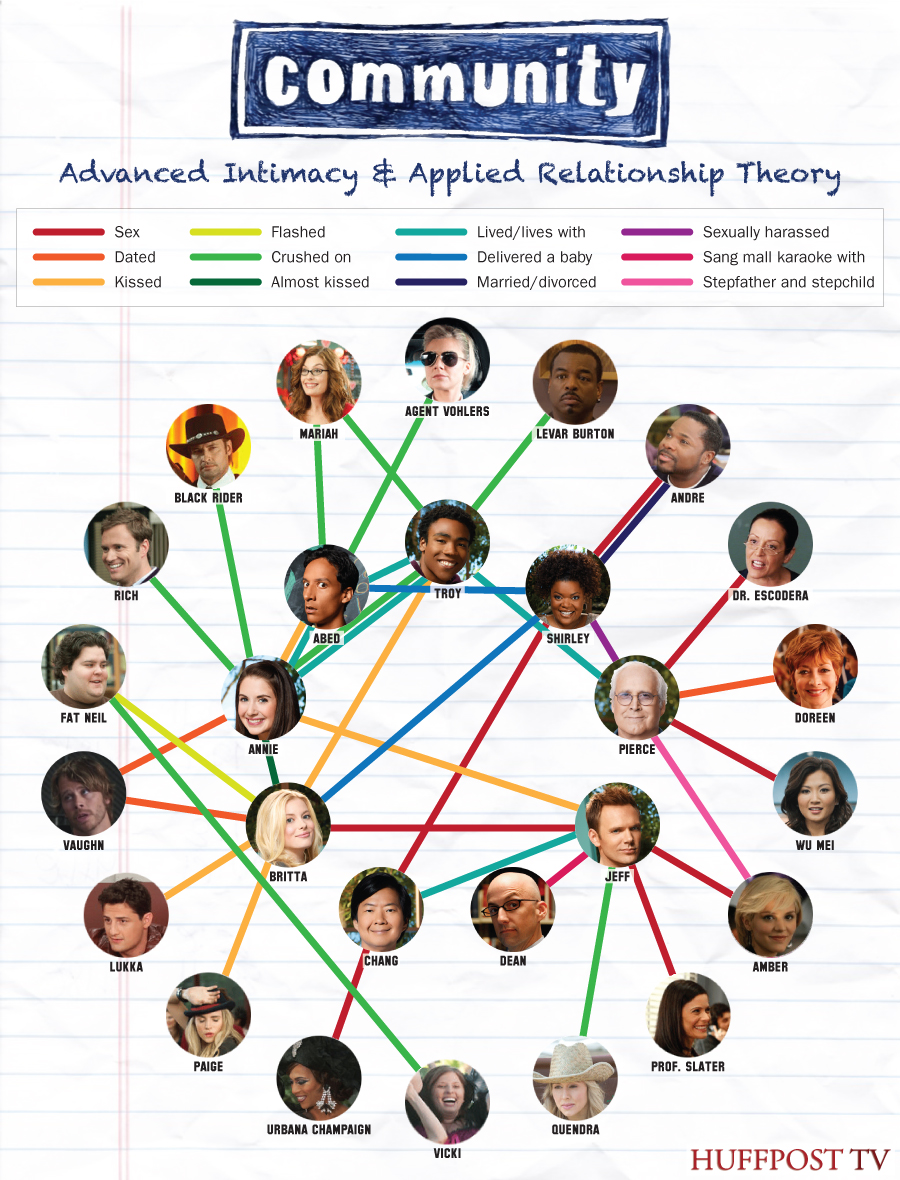 EDITOR'S NOTE: Enough of you mentioned that Chang and Jeff lived together for me to add it in -- I didn't have it originally because Chang just crashed on his couch for a night or two, but we'll count it. Also, tip of the hat to those who reminded me that Britta actually completed Shirley's baby delivery, since modest Shirley didn't want Abed down there (even though we all know he has birthing experience!). Both intimacy lines have been added -- I appreciate the notes, eagle-eyed fans! #sixseasonsandamovie #coolcoolcool