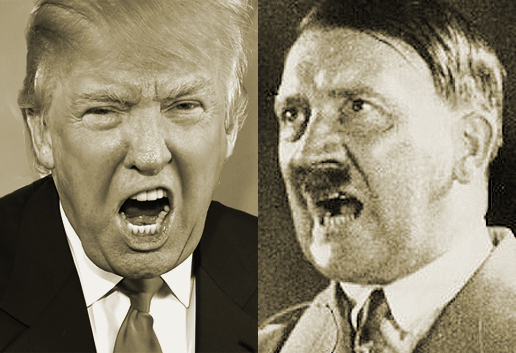 To all those comrades on my Facebook feed irresponsibly comparing isolationist Donald Trump to imperialist Adolf Hitler: that is your constitutionally protected right.

However, we have a very important, if unwritten, rule in high-level policy debate: he or she that resorts to a Nazi Germany or Hitler comparison loses the argument. This is because there is nothing that can compare to that diabolical aberration or person. In addition, usually those making the comparison have not done their homework, and are lazily latching onto to one aspect of the thing they despise (e.g., Trump's support of Federal libel laws, or his opposition to sanctuary cities, or his temporary Muslim travel ban) and then loosely extrapolating to the whole. 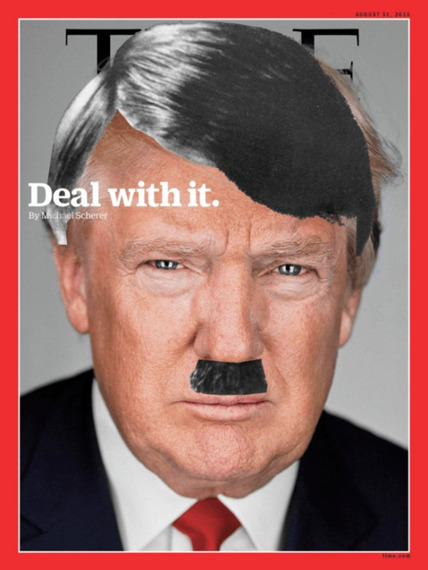 I have routinely lambasted Mr. Trump for his irresponsible rhetoric - including his birther-ism and pointless ad hominems - as well as for some of his wiggy policy prescriptions. Just read my repeated Huffington Post takedowns of the man.

Nevertheless, as a journalist, author, and former debate coach of some of the top teams in the land (see the urban debate documentary, Crotty's Kids, to learn more), I am also particularly sensitive to irresponsible rhetoric. And, as even MTV News agrees, these comparisons to Hitler and the Holocaust are grossly irresponsible.

Mike Godwin, director of innovation policy at R Street Institute, created his own Godwin's Law to call out these Nazi comparisons, which are commonplace online. Godwin's Law reads: "As an online discussion continues, the probability of a reference or comparison to Hitler or Nazis approaches 1." I urge you to read his article here and to get more granular in your comparisons going forward. I urge you to do this not because I am some monomaniacal hater of free speech - far from it - but because I find it deeply insulting to all those who died in the Holocaust to have their sacrifice cheaply denigrated in this way. 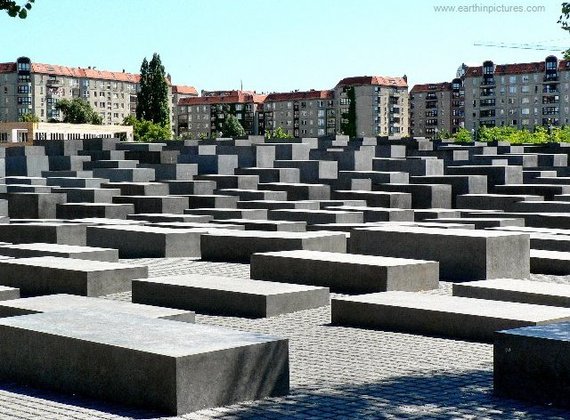 When we apply a Nazi comparison to someone or something that does not fit that comparison, then Nazism and the Holocaust lose their power to shock us. And they must never lose that power. If they do, which is quickly happening right now, when something diabolical does come along again in this world, we have no way to identify it, let alone stop it, because we've cried Nazi wolf so often that the comparison has lost its power to persuade. I fear this rhetorical desensitization has already happened in our delayed responses to atrocities in Syria, Rwanda, Darfur and beyond.

You see, for me, a Nazi comparison is a kind of inverted hate speech unwittingly directed at all those who died in the Holocaust. So, if you find Mr. Trump's comments a form of hate speech, it behooves you to not ape their very nature with a grotesquely irresponsible rejoinder. Moreover, when you make preposterous comparisons, you actually draw those on the fence closer to the very person you hope to disempower.

This is not to excuse Mr. Trump's more egregious utterances, but, rather, to create a wider space for moderate rhetoric to live and breathe. When we close off that space, then we create the conditions for rabid populists like Trump and Sanders to fill the rhetorical vacuum.

Remember that I called out the dangerous populist rhetoric of Barack Obama back in 2007. And I've been proven right, as that rhetoric has now morphed into a more virulent strain of leftist populism found in the Sanders voter, which has shocked many of Obama's original devotees. 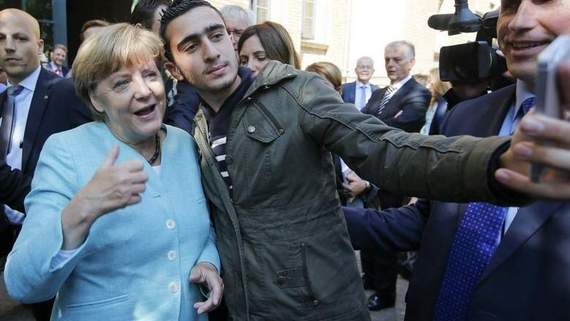 We see its far-right parallel in Germany, which knows a thing or two about demagoguery. Because the Christian Democratic Union (CDU), at the behest of Chancellor Angela Merkel, has taken such a strident position on borders - foisting on the German people a disproportionately high number of the world's asylum-seekers without advance planning or deep and open dialogue - those who would naturally gravitate towards a more moderate border policy are left with no safe harbor, since all of Germany's conservative and liberal parties have embraced variants of the open border position. 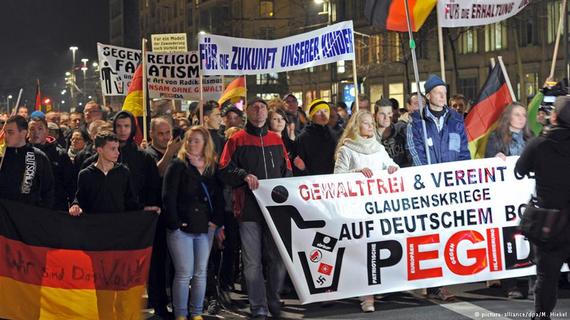 Consequently, many decent, moderate Germans held their noses and reluctantly turned to far right political movements, such as PEGIDA, because they are the only ones standing up, however crudely, against Merkel's beautifully well-intentioned, constitutionally based (Article 16A grants asylum to anyone fleeing political persecution), but poorly conceived Wilkommenskultur. This is not to forgive this Heideggerian "turn," but to show how it happens.

Leftists in America are bumfuzzled that so many sensible, educated Americans find a home in the outlandish Mr. Trump. For me, however, the explanation is easy. Democrats have systematically enabled illegal immigration for cynical political gain for decades, and then successfully softened the deception by deceitfully reframing illegal aliens as "undocumented immigrants." Just listen to mainstream media, which routinely group illegal aliens with legal immigrants, to grasp the success of this artfully deceptive meme. 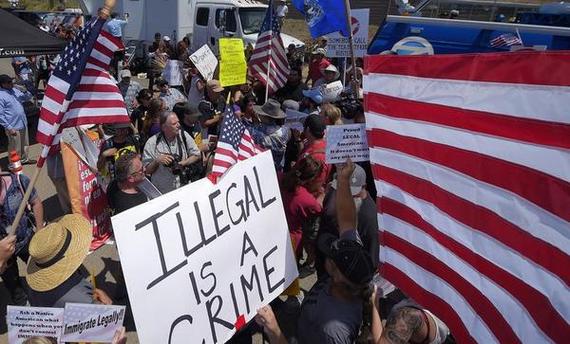 Working class and middle class Americans, whose communities have been savaged by Mexican heroin, the wage-deflating effects of illegal labor, and other scourges that cross our southern flank, have had enough. Unfortunately, their natural allies, the Republican and Democrat parties, have abdicated the middle. Therefore, these moderate voters are forced to hold their noses and embrace candidates with more extreme views because they've lost faith that those who embrace the sensible center will do anything about the obvious crisis.

The same is occurring on the left with the popularity of Vermont Socialist Bernie Sanders. Senator Sanders' vitriolic voters - just ask anyone who works for the Clinton campaign about the deranged hate mail and phone calls they get from Sanders backers, not to mention the dirty tricks that Sanders fails to fully control - believe that Obama, Hillary and the Democrats did nothing to punish Wall Street for the 2008 financial crisis (mainly because they took and continue to take outsized contributions from Wall Street investment banks). Now these voters want blood. Literal blood. 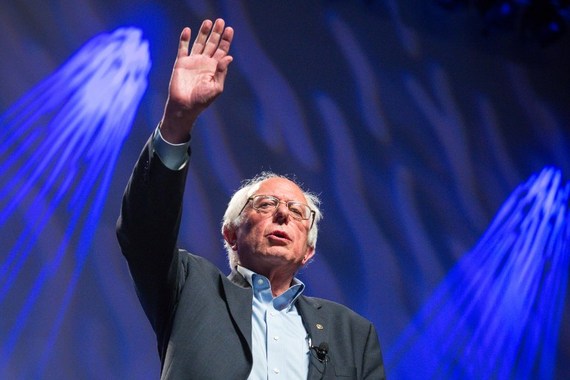 The angry sentiment emboldening the Sanders voter is precisely the vitriol that gets leaders' heads put on spikes. Scratch the surface of almost any of these Sanders firebrands and I can assure you that many would call for precisely such retribution (I've had to block a few on Facebook for precisely such sentiments). But few on Facebook are comparing Sanders to Stalin or his supporters to Brownshirts, even though the Sanders campaign plays on both nationalism and socialism.

I realize that in any political campaign there are policy prescriptions promulgated that certain segments of the population find deeply insulting. But because you want secure borders, for instance, or because you vehemently disagree with the policy prescriptions of those who want them, does not mean either of these positions is hate speech. Moreover, because you ask for calm restraint before castigating every black death by cop as a racist act, does not make you racist, despite what the lockstep believers at Black Lives Matter want you to think. These silencers of free speech recently tried to violently stop Breitbart's Ben Shapiro from speaking at CSULA because he dared to argue that diversity of speech on college campuses was under threat.

However, when you reach for dangerous comparisons in discussing this boorish behavior, such as the frequent violations of Godwin's Law seen on the Internet, or made recently on live television by former Mexican President Vicente Fox, you too are engaging in irresponsible, counterproductive, and dissent-silencing hate speech. Just because candidates from Marco Rubio to Ted Cruz to Ben Carson to Bernie Sanders to, yes, Donald J. Trump, indulge in that favorite American trope - the over-the-top end-of-days jeremiad - does not place them remotely in the same category as the deranged Austrian monster who brought us systematic rape, torture, ghastly human experimentation, the death camps of Auschwitz, Ebensee and Treblinka, as well as a game plan for these incomparable atrocities in his recently republished anti-semitic screed Mein Kampf. 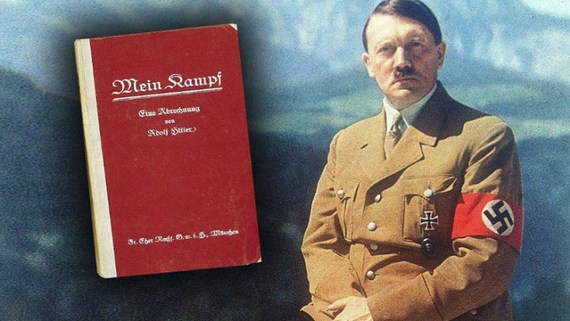 So, rant all you want against Trump, cops, homophobic and environmentally ignorant candidates (my pet peeves) or anything else that displeases you, but please, for the sake of responsible rhetoric which breeds peace and goodwill among those of differing opinion, think long and hard before making odious comparisons.