When I wrote my book Dead Funny: Humor in Hitler's Germany I came across a rather intriguing concept that was put forward by the American attorney Mike Godwin. He postulated "Godwin's Law" in 1990 which states that the more heated a debate becomes, the more likely it seems that someone will be called a Nazi. Godwin wrote: "As an online discussion grows longer, the probability of a comparison involving Nazis or Hitler approaches." Though this idea may seem rather tongue-in-cheek, there is plenty of circumstantial evidence to back it up. Misguided Nazi comparisons are still made in the U.S. and elsewhere, despite the warnings of notable intellectuals that such a practice is primitive propaganda and may easily backfire.

In 1946, shortly after the war, George Orwell argued in his essay "Politics and the English Language" that "the word Fascism has now no meaning except in so far as it signifies 'something not desirable.'" Orwell did not mean to say that Fascist politics or attitudes no longer exist, but merely to point out that, in the aftermath of World War II, the word "Fascism" must always be used as a rhetorical device or political propaganda. No one can say the words Fascism, Hitler, or Nazi in a sober, detached manner. These terms are so heavy with meaning that they always imply some pointed political attack. When one politician compares another to politician to Hitler, he or she does not make a purely logical comparison, but rather appeals to our emotions of disgust, anger, and fear. Nevertheless, some politicians seem to take particular pleasure in describing their opponents as being "like Hitler." They eagerly use this WMD of propaganda despite an obvious fault which was first pointed out by the German-Jewish political philosopher Leo Strauss in 1953.

In his book Natural Right and History Strauss discussed the logical pitfalls inherent in comparisons to Hitler. "We must avoid the fallacy that in the last decade has frequently been used as a substitute for the reductio ad absurdum: the ruductio ad Hitlerum." A view is not refuted by the fact that it happens to have been shared by Hitler." Just because Hitler was a vegetarian does not mean all vegetarians are like Hitler. As John Oliver jokes on The Daily Show, both Hitler and Barack Obama had white mothers. This does not make them similar. Yet despite the rhetorical problems and logical fallacies of comparing people (and things) to Hitler, people cannot seem to resist using this tactic to make their point.

Here are a few blatant examples that have caught my attention. Almost certainly, if you have followed world politics, or have been on the internet, you have encountered many others.

11 Most Offensive Comparisons To Hitler (PHOTOS) 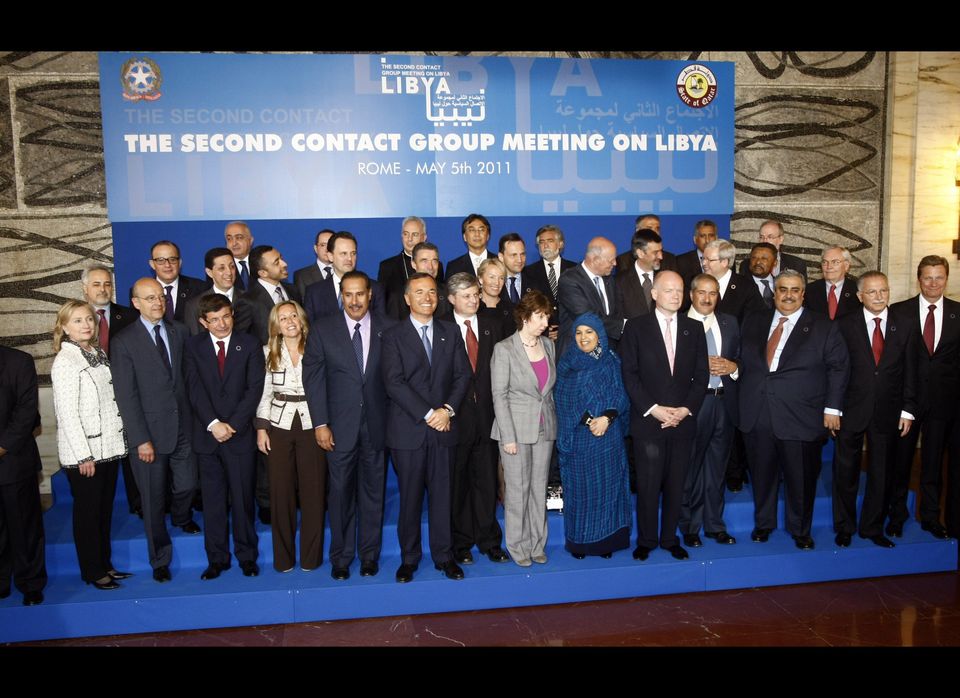 1 / 12
NATO/America is like Hitler
After the NATO no-fly zone and air strikes began in Libya, Colonel Muammar Gaddafi <a href="http://www.time.com/time/world/article/0,8599,2060437,00.html#ixzz1JzDtJnnV" target="_hplink">gave a speech</a> saying that "You will be defeated like Hitler and Mussolini ... You are the new Hitler."
AP