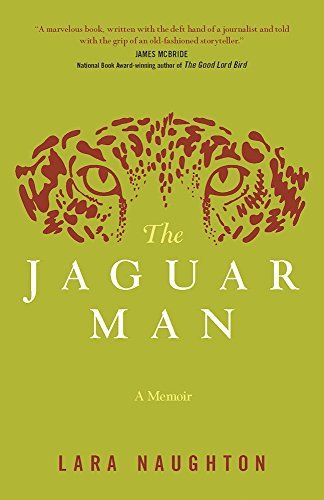 "He's a talker, the angry man, talks the whole time. Talks as he picks me up in his pretend cab, talks as he turns the wrong way..., talks as he extends his hand with a knife."

With this opening to her memoir, Naughton drops readers right into the terrifying moment of her abduction. We're there, in Belize, in a taxi that turns out not to be a taxi, with a man who at first tells her he will rob her, but later decides he wants more from her than money.

Naughton has returned to Belize to spend two weeks with a man she'd met on a previous visit. While their romance is still new, untested, and long-distance, they've corresponded steadily for several months when she goes back to celebrate his birthday and to see if their love might be something to sustain. He's a younger man, a dive master and professional fisherman. On the 4th day of what she intends to be a two-week stay, she goes to meet up with him after his work day, and this is when she gets in the errant "cab". Life turns in a single moment. Nothing will ever be the same.

"In the periphery of your vision you see green. A wild of green. Forest green leaves, sea green water, moss green barks of trees, yellow green shimmery sand, greens without names they're so particular to themselves. The black green curves of striated roots seem to beat like a subterranean womb. All around you is a mash of sand, snakes, mosquitoes, night bird calls, rhythmic waves, grasshoppers, and tall billowy green grass defending itself with sharp edges."

While the narrator's life is spared, readers feel along with Naughton the sinking irreversibility of the event: "I want to pretend it never happened and go to the caye with the diver in the morning, have a vacation, and fall in love." Ugh. No longer possible.

"The diver holds my hand, but his kindness cannot reach me. I tell him not to worry about me; I'll be fine. I tie this lie into a knot that moors me, and it will be a long time before the fibers of the rope wear thin."

The effects of the event are so entirely pervasive that in some sense, it's as though she actually did die. The memoir chronicles the confusing, messy, long-term process of coming back to life. Reclaiming it.

Naughton is a magnificent writer whose mastery of this particular narrative is her ability to deliver it as allegory or fable or myth. In part she does this by rendering characters more symbolic than actual, more universal than specific, giving them labels rather than names. Her rapist is either The Angry Man or Jaguar Man. Her recent boyfriend is always The Diver. The friend back in L.A. is always my friend. Rape is always referred to as X, no matter if she's using it as a noun or a verb. For example: Is it X if you let him? And when she gets her flight changed so she can go back to the states immediately, she's suspicious and wary of every man in the Belize airport. She thinks, Has he X? Has he? 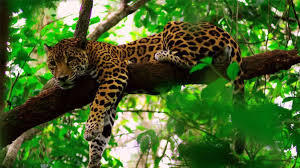 Remarkably effective and well-written are the few pages relating the monstrously slow passage of time as the narrator waits many hours for the flight that will take her off the island, away from Jaguar Man. She achieves this through a hyper-attentiveness to her own hyperactivity as she tries to kill the necessary time. In and out of the restaurant, the bathroom, the doors of the airport, attempting to read and being unable to read, calling a friend back home--dozens of moves, yet the clock tells us only a few minutes have passed. It's relentless and interminable and excruciating and perfectly rendered.

Admirably inventive is the scene where the narrator imagines she recreates the jungle of her rape through the construction of origami forms--first a single grasshopper, then multiple grasshoppers, and the awkward paper forms come to life--hopping and rubbing their legs together. Then she says she can't stop folding, folding being a metaphor for an unraveling, a reckoning, a compulsion to free herself, and once she's started it gathers momentum. She "folds" trees now and seaweed and a moon and the sea and the jungle and thorns and weeds and sand and shells and moss. By replicating the jungle, she brings herself back to sense memory, while still technically safe inside her cabana. The imagined paper rape scene is on the floor all around her. 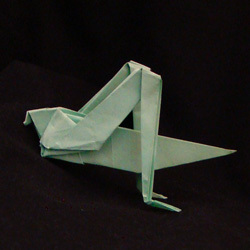 Naughton's choice to use origami as the vehicle for this rendering is inspired--an art form, one she admits she does not know--her lopsided grasshoppers, her paper sea becoming armor, a shield.

Often in the case of trauma, the one traumatized disassociates to endure the event. Naughton enacted in that jungle a divide, a split, allowing the "other" to handle the emotion, the feelings, while she would absorb and endure the sexual violence, the physical pain.

"The part of me that feels is hiding with the frogs, or she's trapped or, God only knows, still caught by her hair in a tree."

The narrator has ostensibly gone back to retrieve the part of herself she left behind.

"You admit you left her on purpose, in a delirium of birdcalls, fish scales, branches, berries, sand flies, stench, snake eyes, jellyfish, feathered tails, and hollowness. You took the physical brunt of the jaguar man while she held the fear."

Despite the horrific experience at this memoir's core, Naughton's gift for language, symbolism, metaphor, allegory and myth, give readers the stark, unblinking horror, while also transforming that into something artful and beautiful.

This review originally appeared at New York Journal of Books. 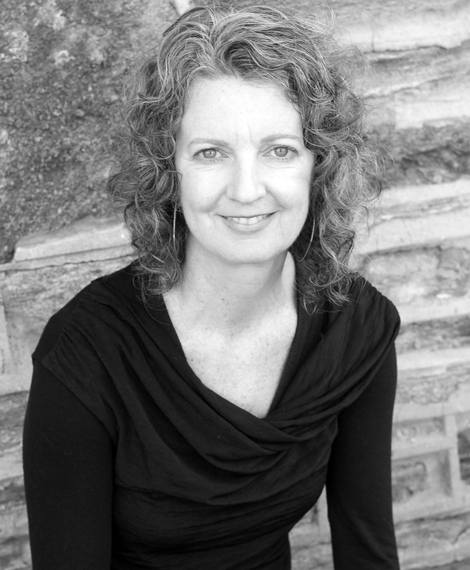 Lara Naughton is a New Orleans-based writer and teacher. Her documentary stage play Never Fight a Shark in Water: The Wrongful Conviction of Gregory Bright has been performed on stages across the country. She has taught students K-12 as well as adults, including individuals who have faced wrongful conviction, incarceration, torture, homelessness, and HIV/AIDS. She is a certified Compassion Cultivation Trainer through the Center for Compassion and Altruism Research and Education (CCARE) at Stanford; Director of CompassionNOLA; and Chair of Creative Writing at New Orleans Center for Creative Arts.