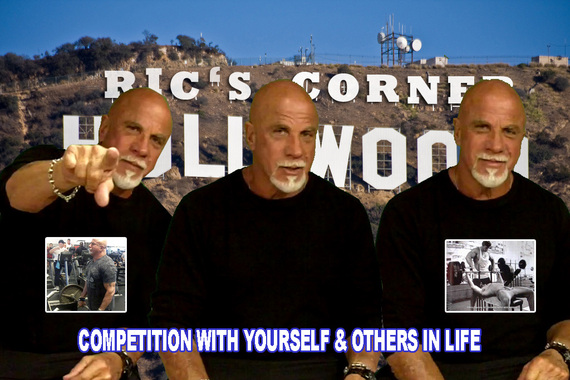 Competition starts with childhood during your formative years. The first competition is with your parents when you vie for attention. They have other interests and obligations but as a child you feel that they should give you 100% of their time. So, the competition sets in with crying, whinnying and temper tantrums. 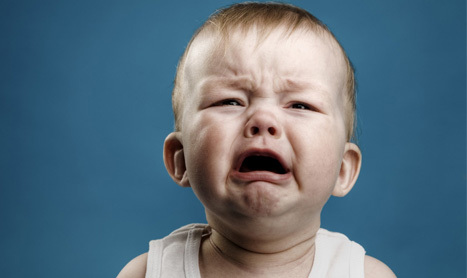 Of course as we grow older we leave behind some of these traits because we 'grow up'. But there is still competition among siblings. This is really common. Who's the best, which does Mom like better, who gets the best grades and does most around the house? These are just a few comparisons of what the competition is. 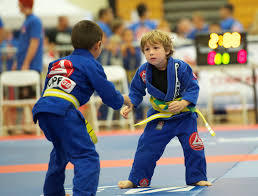 There is a great deal of competition among kids as they are growing up and they change best friends at leas as much as they do their socks. There's not too much loyalty at that age and someone who you think is your best friend one week is someone else's next week, maybe because they did something that the other person admired

Schools consist of many competitions such as classroom tests. Students compete for best grades. Those who get the best are achievers and those who fail begin to develop low self-esteem issues. It's like pulling yourself into a deeper hole and not getting out of it. Unless you can use the energy properly and turn yourself around to excel you will continue in a downward spiral. If this continues it will follow you through life and expose itself in everything that you try to do. It's best to start at a young age and turn this habit around while you can. Of course that's easier said than done. I'm sure no one five or six years old will read this and comply with it. But the people that do read this can instill it into their children to help them gather confidence, self-esteem and help program them to become winners. 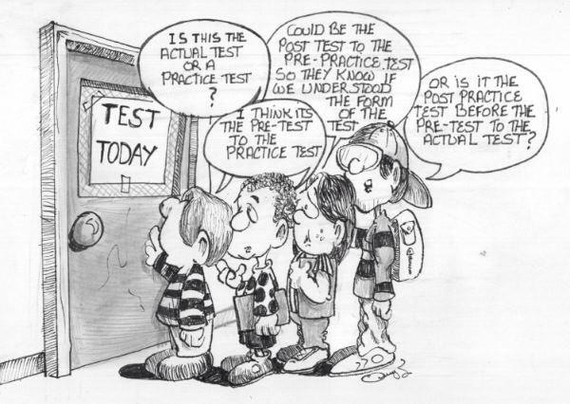 Team sports are another issue. Not all of us are athletes and can run miles on end and perform in every sport like a pro. There are those that can, and they make it look easy. The best you can do physically is the best you have and no one can ask for anything more than that. Some cars are built to go fast and others are built for comfort. People are all built different for various reasons whether it is genetic or diet. As you most likely know there are three types, Mesomorph (Muscular), Endomorph (Fat), Ectomorph (Skinny). We all fall into one of those categories.

If we are blessed enough to be a mesomorph and excel in sports then we can consider ourselves lucky if that is our goal. If we were born Endomorph and heavy we may not be able to excel like the others. This doesn't mean that we are unlucky or doomed; it just means that our physical type wasn't meant to be other than what we are. There are exceptions to every rule but I remember in school when we would have to run laps that some of the students were way out front and the heavy ones were always at the end and last to come in. This didn't do much for their ego and there was no way to compete with the others. They just weren't built for running. However, they had other attributes and it could be a number of things as being a whiz at math. This is where you have to realize that you do have other qualities that count and you can expand on those. There is a good side to all of us and we just have to take a look at those qualities and develop them. So, in competition we can excel in our chosen field.

The workplace is another setting for competition. Goals in sales, commissions, presentations, etc. Those are all things that working people do to compete against each other. Some are really good at it and other struggle to make it work. You can succeed at any of this if you find the job that you have a great interest in and then put your efforts forward. Give me a sales job with something that I like and believe in and I'll sell it all day long. But give me something like an intangible such as Insurance or warranties and I'll sell next to nothing. This kind of thing doesn't interest me but it will interest someone else. If you take the job that has you selling something you don't believe in and you don't do well at it, it's not you, it's the product. You just need to find the right product to be able to relate your sales pitch. Acting/Auditions/Bodybuilding pre judging, it's all the same.

Acting auditions is one of the most competitive as you are up against many actors in your category. I've been on auditions where they have looked at 2000 actors for the one role I was up for. After a six month period of call backs I actually booked the job only to find out two weeks later that the whole ad campaign had been dropped. By that point I had lost my enthusiasm for it anyway. But, it was nice to know that I was picked out all the others. There was no rhyme or reason that I could see other than the look. It was for billboards across the US and they wanted a definite look for it. Luckily enough, I had it. 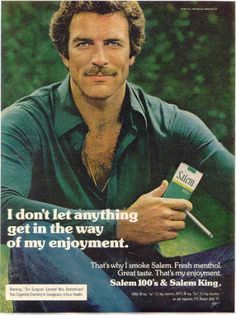 But the competition doesn't stop there. Your performance is just as crucial and you need to really be good on camera. Casting directors never really know what they want until they see it. Those that compete for the roles often copy the other actors ahead of them by listening through the doors and wall to see if they can hear how others are doing it. I choose not to know. I'd rather come up with my own scenario and be creative. At least I know it'll be different than the others and will stand out against the competition.

Years ago I shaved my head to have a different look. That was before bald heads became popular. Soon after more and more actors came in to auditions with shaved heads. Some didn't have beards but most of them had the goatee like mine and usually was dark hair which mine was at the time. I decided to go white with it and add the stripes. Now I know I was the first to do that as I've had it several years now. I haven't seen anyone else come up with it and I'd know right away if someone copied me because we all see each other on auditions. 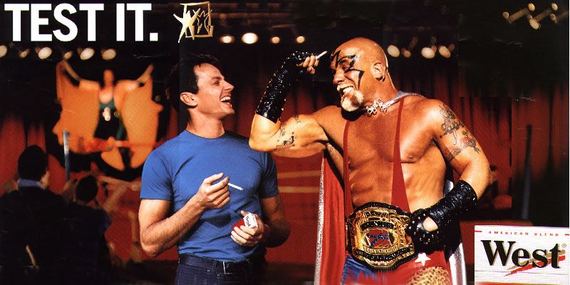 Pro Wrestling is another very competitive business. Everyone wants to be a star and will come up with any gimmick or angle that they can to get the promoter and fans to like them. If you come up with something good, you better figure on someone else duplicating your character or bending it just a little. The competition is stiff but sometimes the creativity is bad. For example years ago, the 'old school' wrestlers were competitive but each had their own unique character, look and style. You could always tell them from each other as they were so different. As time went on and some faded, newer wrestlers would take their place and try to carry on the original characters. Sometimes it worked and other times it didn't.

I was one of the first wrestlers that was a bodybuilder and actually had muscle. In some ways it was to my advantage because the crowd loved me and I stood out. But to some of the older guys, it was a threat. They were fat and out of shape and didn't want to work with me and look bad. Now the trend has changed. As far as I can see, all or most of the current pro wrestlers have all come from the bodybuilding field. You can't tell one from another and it's not unique any more. The only competition now is who has the biggest muscle and is cut. They've lost character development and the art of how to talk to the audience. If one screams into the mic, they all do. It looks like competition but it's basically the sameness all the way across the board. Wrestling has become mostly gymnastics and today's wrestlers hardly know any wrestling holds or moves. This basically moves it out of the arena as a wrestling competition and more into the gymnastics events.

Bodybuilding competition is another big one. It's like a room full of old lady gossips at a bodybuilding show. Everyone wants to be the best and actually they are all winners. Everyone looks great but the competition is very petty. It comes down to who has the largest vein in the calf, or the 1% difference in body fat and on and on. Years ago, the older bodybuilders all had they're own body type and you could spot them right off. Look at Draper, Zane, Arnold, Franco, Waller, etc. Even a silhouette would define who they were. It was competitive as each person tried to be the best they could in their own way.

Today take a look in any muscle magazine and put your hand over the face. They all look the same. Even though it's a competition, you can't tell one from another. It looks like a room full of the Oscar Award figures. I can't see where the competition is there but it does exist and mostly with ego. Bodybuilding lost the true meaning of competition years ago. 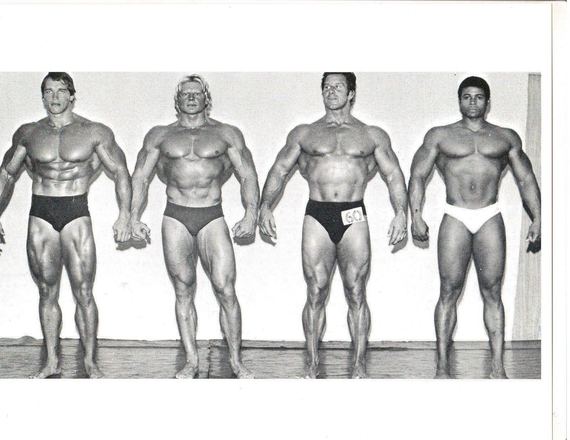 Powerlifting is actually true competition. You either lift it or you don't. It's as simple as that. Not everyone can lift the same, and that's why they have different weight classes, but when you gauge pound for pound on a lift you can figure out your true strength. Also a lot depends on genetics and structure. You need good joints, tendons, ligaments and muscle mass. Not everyone is able to attain that in lifting and bodybuilding. 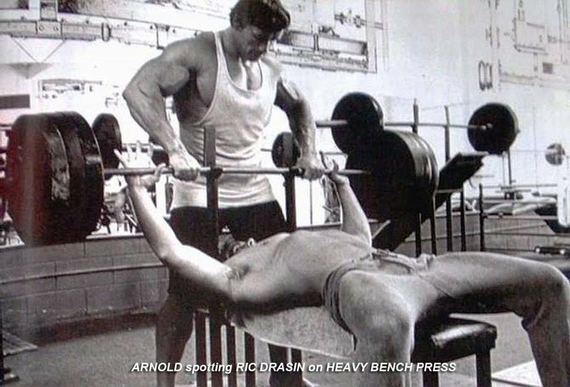 This brings me to a close on my last point. Healthy or Unhealthy competition. We all know that drugs play a big part in sports and chances are we're never going to change that. But what I'm getting at is mental health. It's healthy to compete when you learn from it and have the inspiration to move on to bigger and better things. If you achieve your goals, that's great and just keep going forward. If the competition forces you to do this, then you have the right attitude. But, if competition gives you low self-esteem and drives you down to fail, then you've got to step back and take a good look at what you 're doing to yourself. Put things in perspective and know that you can only be the best you that there is. If you've done your best, then that's all you can ask for. If you feel you excelled beyond your last set of goals then you really did achieve something. Use that as a guide to move forward and don't gauge it on your competitor. At some point they will fail or hit a plateau and then you can move ahead. We all have sticking points but have to work through them.

Just focus on yourself to be the best be that you can and you will shine.