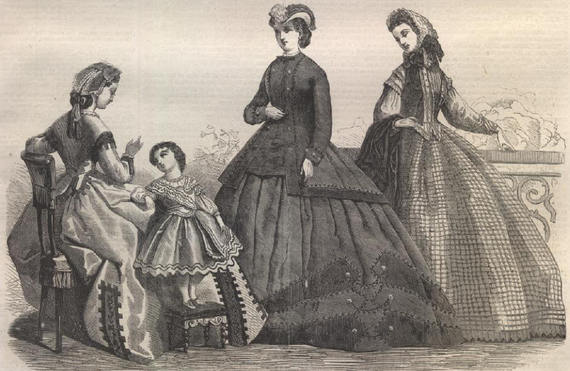 Before there was such a thing as marketing or even advertising, marketers (although they wouldn't have been called that yet) had to rely on word of mouth. To this day, word of mouth is a great way to demonstrate social proof that your product has value and that other people should recognize that value. What happens when word of mouth is working against you and your brand?

The earliest reference I can find on the Internet to usage of the term complainvertising is from September 3 of this year and come to think of it, I remember that day well.

Twitter suddenly lit up with stories and commentary about a Chicago businessman, Hasad Syed, who had spent $1000 of his own money to promote tweets like this one, complaining about British Airways and targeted to all 318,000+ of BA's own Twitter followers: 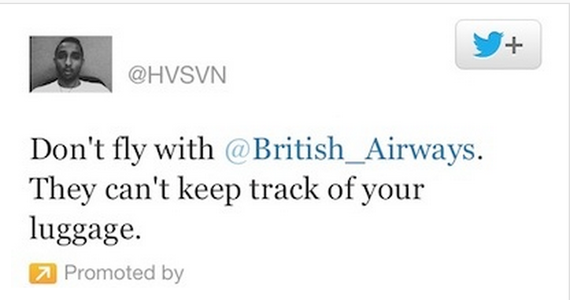 Since then, a wide spectrum of viewpoints have been published on what the correct way is for a brand to handle situations like this. The fact is, the "correct" method for handling these sorts of situations is going to be as varied as the number of companies doing business at a given time. This article by Hoot Suite CEO Ryan Holmes reinforces how critical it is that brands start to look at social media less as a marketing tool and more as a vehicle to deliver great service. Even better, they can deliver that great service right out in the open with lots of people watching the whole thing unfold. Smart. 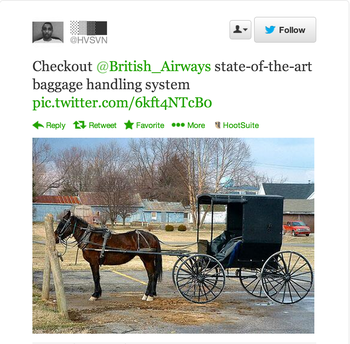 Realistically, it is difficult to imagine complainvertising in the above form becoming a massive problem for marketers. We've all had our share of bad customer service scenarios to deal with in our lives but a thousand bucks is a thousand bucks, right?

Maybe, but I believe it also has the power to get much bigger.

It is easy to dismiss customer backlash on social media as the sound of one hand clapping and while it is difficult to imagine the exact scenario above becoming commonplace, the principle at work here is what brands should have an eye on. As the Internet continues to redistribute the wealth of both voice and audience, disgruntled consumers will continue to pursue ever-more creative ways to punish any company who seems to not take their responsibility as a service provider seriously enough. Creativity will trump billions of dollars in advertising spend in the competition for the most precious commodity of them all in the connected world: attention.

Growing up, my dad worked for a major car company that was at the time the biggest company in the world. If there was ever bad news around a recall or some other such problem, his friend Stu would summon the media and then share with them the company's official position on what was happening.

When it comes to stories like Syed's however, the media's choice between telling the interesting tales of average citizens or running your press release with a positioning quote from your CMO about the situation is really no choice at all. In the above story, British Airways failed to act in a timely matter to resolve the problem and in the meantime, Syed was fielding calls from major media outlets galore: BBC, CNN and Time couldn't wait to spread the news about this David vs. Goliath scenario.

Just for fun, have a look at the campaign metrics from Syed's attack on British Airways. Remember: he was able to target his messaging to BA's Twitter followers, so the bulk of the 73,343 impressions his complaints received (even before the vast earned media which followed) were to BA's own customer base.