You may be surprised to hear the same person composed the scores for the hormone-pumping vampire flick "Twilight" as well as Terrence Malick's "Tree of Life" -- we certainly were. If you're still unfazed, the same composer is also the musical force behind "Harry Potter and the Deathly Hallows," "Moonrise Kingdom" and "The Ghost Writer."

The Academy Award nominated composer Alexandre Desplat's newest project is "Rise of the Guardians," a 3D animated film chronicling young Jack Frost's adventures with the Guardians — aka Santa Claus, the Easter Bunny, the Sandman and the Tooth Fairy. Based on book series "The Guardians of Childhood" by William Joyce, the plot follows the mythical protectors as they help Frost fight the Nightmare King and save children's dreams. The soundtrack is recognizable as a fantasy film score, but because it's Desplat, it continues to take you places you wouldn't expect. We spoke to the composer about the film, Santa Claus and revisiting old works. Scroll down for images. 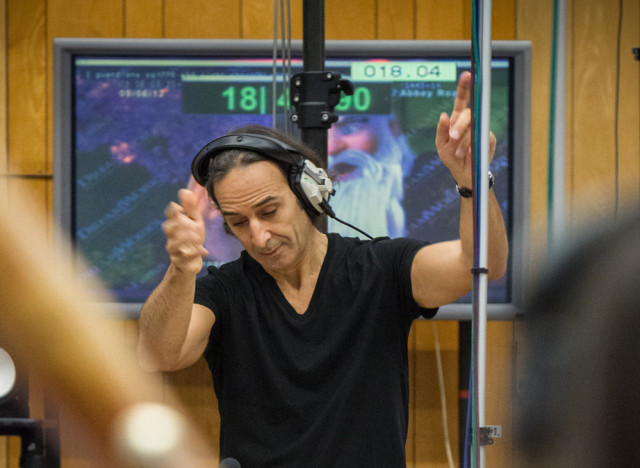 HP: You've composed scores for films that target a variety of age groups, from "Tree of Life" to "Twilight" to "Rise of the Guardians." How do you take age into consideration when creating the score?

AD: I don't really think about age groups or limiting myself to kids or adults. The "Rise of the Guardians" music is actually rather complex. There are clear lines you can follow, and melodies you can hum along to, but the orchestration is rather sophisticated. There are a few historical examples of this that come to mind. "The Mysterious Island," was a fantasy movie in the 1960s in which the music was accessible but extremely demanding. Another great one is John Williams who composed the "Star Wars" score, and "Raiders of the Lost Ark." If you look at the scores themselves they are sophisticated, complex, dissonant. And yet kids can see it and feel it.

HP: Do you go about composing for an animated film differently than for a live-action film? What added precautions or steps are needed?

AD: For me "Rise of the Guardians" is actually a live action film. When you see it in 3D it actually takes you into a real world. The cinematography, the light, the way the actors play their roles... I thought I was watching a live action film; very quickly you forget its animation. Technically, of course with animation, there is more music, you need to fill the gaps. But for the most part it was very similar to a live action film.

HP: You never listen to your old scores. Why?

AD: I don't listen to my previous scores... I don't know what it would help me do. I prefer listening to what older composers have done.

HP: Would you say it's because you are unsatisfied with your previous work or you just don't find it to be an interesting use of time?

AD: A little bit of both. There are so many others to listen to, from Debussy to, again, John Williams to understand why the orchestration sounds so good.

I think it is more interesting the moment when I find the idea, the core melody I am looking for and when I conduct the orchestra. When I hear the music for the first time -- then it is gone. The sensations go away and I have no desire for this music any longer and I move along.

HP: You've said you are inspired by visuals and that "My emotions go a lot through the eyes." Is there a certain painting that inspired you during the making of "Rise of the Guardians?"

AD: There is so much in this film, so many influences, and so much beauty in the way the camera moves. It's really a mix of many things. Peter Ramsey who is the director has a great knowledge of art. I remember bringing him a book of Gerhard Richter when I returned from Europe and he was very excited about it. "Rise of the Guardians" incorporates many influences not just from fine art but from video art, literature and music.

HP: The film incorporates many legendary characters from folklore and fairy tales. How did you envision their songs? Did you take previous music associated with these characters into consideration when composing the score?

AD: No, not at all. Alec Baldwin, who plays Santa Claus, or "North" ... his voice was so strong there was no place for me. I had to accept that. I ended up using a Russian instrument when he was riding the sleigh, so he sort of became a Russian Santa Claus. Also with the Easter Bunny in the Easter feast there are four saxophones, but that didn't relate to any Easter memories for me. That color just seemed right for the moment. The main character to me was Sandman. I really love the character... he represents the dreams.

HP: Is it more difficult to break into the field of film composition now? How did you begin?

AD: I didn't find it easy when I started. I don't think it has ever been easy. It's always been difficult because you have to align many crafts. You have to be a very good musician and conductor, while being aware of orchestration. You have to have a great sense of what cinema is about. For me, I scored a lot of theater and I did a lot of stage music, too. It helped me approach dialogue and text in a different way. A big part of the job is to understand the film and create a sound that belongs only to the film.

I think it is much more easy now, actually, because everybody is a composer. People think having a computer and putting sounds together is composing, but that's not composing, that's just putting sounds together. With electronic music, the music is not always there, unfortunately. It's different to be a great musician rather than a great composer. And it's different to be a great composer rather than a great film composer. Composing is to think, not to play. Composing for films is thinking about the film before thinking about the music.

'Rise of the Guardians' will be in theaters November 21. See stills from the film's UK Premiere below:

PHOTO GALLERY
'Rise of the Guardians' Premiere
Download
Calling all HuffPost superfans!
Sign up for membership to become a founding member and help shape HuffPost's next chapter
Join HuffPost

Composer Alexandre Desplat On Scoring His Newest Film, 'Rise Of The Guardians' (INTERVIEW, PHOTOS)
'Rise of the Guardians' Premiere 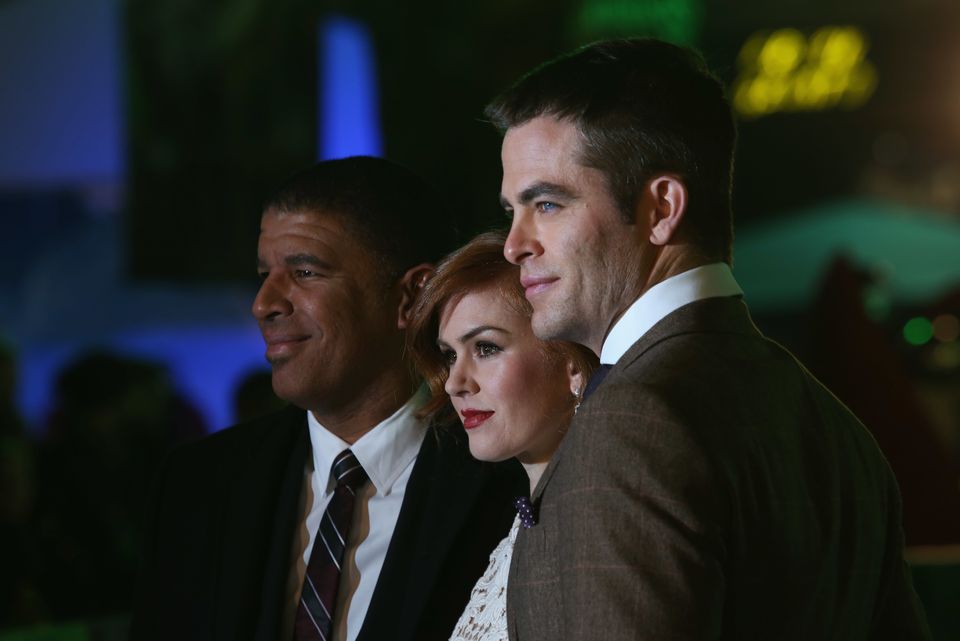