Released July 15 on vinyl LP and CD formats, Symphonic Arrangement: Suite for Flute and Jazz Piano Trio is a breakthrough recording and a dream fulfilled. The Suite part comes from composer Claude Bolling in 1973. Its 1975 premiere recording featured Bolling on piano along with flutist Jean-Pierre Rampal and remained on the Billboard charts for nearly a decade. Forty years later, Bolling's work continues to vamp and vex the Jazz and Classical worlds. For composer / pianist and recording artist Steve Barta, the piece has been calling for symphonic support since first hearing. The same notion of adding orchestra has been true for pianist friend, Jeffrey Biegel. During our recent interview, Jeffrey recounted his and Steve's first confab about creating that chapter and re-introducing the work to concert audiences. After a few well-placed e-mails, they secured the blessing of Claude Bolling - on one condition. Orchestration could be added, but the original score was not to be changed. "I felt I had something to add to this work," said Steve. "I couldn't let it go." 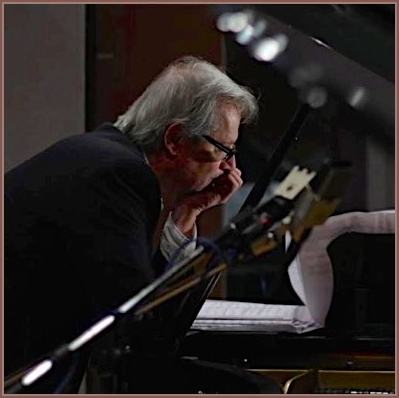 Steve Barta. Courtesy of the artist.

"When I first heard the suite in 1975, I fell in love with the writing and with the arrangement. The recording took some pretty hard hits from critics on both sides - Jazz and Classical. But it sold millions of copies! The writing was brilliant, the playing was executed very nicely. But for me, the feel of it didn't have much to do with jazz. I knew that at some point in my life I would touch this piece again. I felt it needed to be recorded by jazz players and with a blend of classical. This ensemble was very well thought out. Jeff Biegel on piano was simply the perfect choice. He has the technical savvy, the interpretive skills, and on top of that - he is a super nice guy. He knows how to focus all that energy. And flautist Hubert Laws has that ability to pull out more of a moment when it needs a jazz interpretation - where I felt that it really needed it. Now the piece sounds like it should. On top of that, I really wanted to change the timbre and the width of it by adding orchestra and string quartet. So, it became quite a production. I couldn't be happier with the way the recording turned out. Claude Bolling loves it as well - which, of course, I was a little nervous about."

One bit of welcomed artistic license occurs in the sixth movement, Versatile - the elimination of the bass flute and replacing it with the concert flute. The entrance of that bass flute has always felt heavy and fatiguing - a sudden pall, coming on like a spell of melancholy, making the instrument more of a distraction than a pronounced change in the weather. 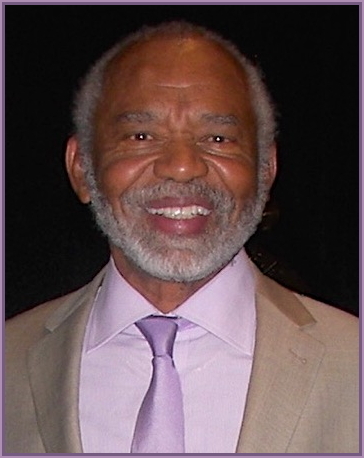 Hubert Laws. Courtesy of the artist.

"The bass flute is a very dark instrument. But it's a great instrument and I love it for dark things. Hubert Laws is a friend of mine and was just perfect for the role. I've worked with him on-and-off for ten years. Hubert is considered one of the greatest jazz flautists in the world and has worked with everybody from Beyoncé to Chick Corea to Herbie Hancock. He is an excellent classical flautist as well - which is extremely rare. So, there were a couple of things in the recording I did change. I didn't want to make this piece that dark. Technically, some pieces were more intricate. The stage set-up for the orchestra is rather interesting because the string quartet and the jazz quartet are sitting next to each other. So, they play off one another. The orchestra is in the background. I let the piece speak to me and listened to what it needed. For instance, Sentimentale [Track 2] starts off with just the string quartet. I really wanted the instrumentation to be varied between string quartet and orchestra - or string quartet and jazz quartet - or just jazz quartet and orchestra. I was looking at it as three separate elements that I combined. That gave me a really wide palette of sound to work with."

Roger Huyssen, creator of the comically suggestive illustration for the original LP, returns with a lively up-date on that long-ago affair between the keyboard and flute. The vitalized duo were originally caught in bed together (in a chain motel?) - basking in the afterglow of musical lovemaking. Four decades later (same suite) - the steamy couple is surrounded in a clutter of toy blocks, a miniature drum set and trio of strings is playing hide-and-seek with the bass who is peering out from the wardrobe, a teddy bear stretches a timeout with a tiny upright as the French horn scoots past with a pull-along yellow duckie. The piano may be reading a review in Le Monde, but the flute will have to step over crayons and doodles to smoke outside. The happy menage looks ready and eager to play. I asked Steve how he assembled his orchestra and if he had been noodling with the arrangements since '75. Did he uncover any secrets?

Courtesy of the artist.

"I hired a contractor who got me the best players in Los Angeles. Most of the players in the orchestra are out of the L.A. Philharmonic. A lot of them do movie studio work, playing on film soundtracks. Los Angeles is a union town. If you want the best players, you don't get on the phone and call them. You have to call a contractor who then engages them. That's how it works. It was actually a painless process. I tell the contractor I want twelve violins, three cellos, four violas, three bass, four French horns, three trumpets - a list of everybody I want and when I want them. Then he sends me a big bill. I formed a company. What I brought to the table is my arrangement, my concept, my music and my skills. Others brought what was needed to complete the project. So, basically, an LLC was formed and - through the company - the recording was produced." 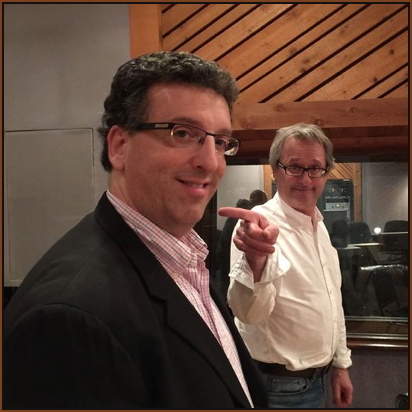 Pianist Jeffrey Biegel and Steve Barta. Courtesy of the artists.

"When I write or when I compose or arrange, I do it from start to finish as one project. I don't let it go on for years. For me, it's not as clean and pure when I take time in-between arrangements - it starts to sound scattered. So, no - I had not been fooling around with it. But that's a great question. I don't believe in picking something up and putting it down and having that go on for years. Because during that time, I'm a different person. It took me one year to do the arrangement, two days to record it, and four days to mix it. Once it's arranged and written, making the recording is a comparatively easy process. It took me ninety days to produce LP vinyl records and two weeks to produce compact discs. I got to know everything that Claude did and wrote - intimately and very well. Getting that close to this music has made me admire even more the brilliant, clear composition. It's phenomenal writing. The Suite for Flute and Jazz Piano Trio is Claude Bolling's best work and I felt a huge responsibility to do a really good job. So, because I've known the piece for so long, I can't say there were any revelations. And no new secrets."

The South Shore Symphony, located in Long Island, will premiere the work November 20 and 21. Hubert Laws, Jeffrey Biegel and son Evan Biegel will appear with the orchestra conducted by Scott Jackson Wiley. Steve Barta will be in attendance.
Click here to stay in touch: Steve Barta
Symphonic Arrangement: Suite for Flute and Jazz Piano Trio is available on Amazon, CDBaby, and iTunes.