"Shorter sentences and simple words!" was the battle cry of all my English teachers. Their comments and corrections of our English-language essays and homework assignments were very predictable. Apparently, they had all sworn allegiance to the same secret Fraternal Order of Syntax Police. I am sure that students of the English language all over the world have heard similar advice from their teachers, but English teachers at German schools excel in their diligent use of linguistic guillotines to chop up sentences and words. The problem is that they have to teach English to students who think, write and breathe in German, the lego of languages.

Lego blocks invite the observer to grab them and build marvelously creative and complex structures. The German language similarly invites its users to construct composite words and composite sentences. A virtually unlimited number of composite nouns can be created in German, begetting new words which consist of two, three or more components with meanings that extend far beyond the sum of their parts. The famous composite German word "Schadenfreude" is now used worldwide to describe the shameful emotion of joy when observing harm befall others. It combines "Schaden" (harm or damage) and "Freude" (joy), and its allure lies in the honest labeling of a guilty pleasure and the inherent tension of combining two seemingly discordant words.

The lego-like qualities of German can also be easily applied to how sentences are structured. Commas are a German writer's best friends. A German sentence can contain numerous clauses and sub-clauses, weaving a quilt of truths, tangents and tangential truths, all combined into the serpentine splendor of a single sentence. Readers may not enjoy navigating their way through such verschachtelt sentences, but writers take great pleasure in envisioning a reader who unwraps a sentence as if opening a matryoshka doll only to find that the last word of a mammoth sentence negates its fore-shadowed meaning.

Even though our teachers indulged such playfulness when we wrote in German, they were all the more harsh when it came to our English assignments. They knew that we had a hankering for creating long sentences, so they returned them to us covered in red ink markings, indicative of their syntactic fervor. This obsession with short sentences and words took the joy out of writing in English. German was the language of beauty and poetry, whereas English became the language best suited for efficient communication. By the time I reached my teenage years, I began to lose interest in writing anything in English beyond our mandatory school assignments. I still enjoyed reading books in English, such as the books of Enid Blyton, but I could not fathom how a language of simple sentences and simple words could be used to create works of literary beauty. This false notion fell apart when I first read "Things Fall Apart" by Chinua Achebe. 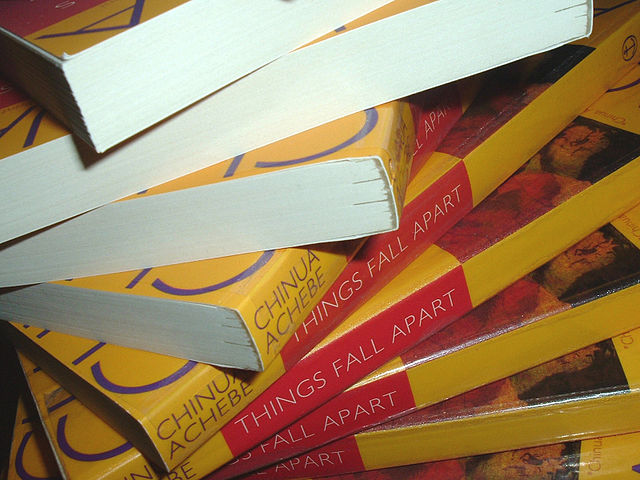 The decision to read "Things Fall Apart" was not completely arbitrary. My earliest memories of this world are those of the years I spent as a child in Igboland. My family moved from Pakistan to Germany when I was one year old, but we soon moved on to Nigeria. Germany was financing the rehabilitation of the electrical power grid that had been destroyed during the Biafra War. My father was one of the electrical engineers sent from Germany to help with the restoration and expansion of the electrical power supply in the South-Eastern part of Nigeria - the region which was home to the Igbo people and which had attempted and failed to secede as the Republic of Biafra. 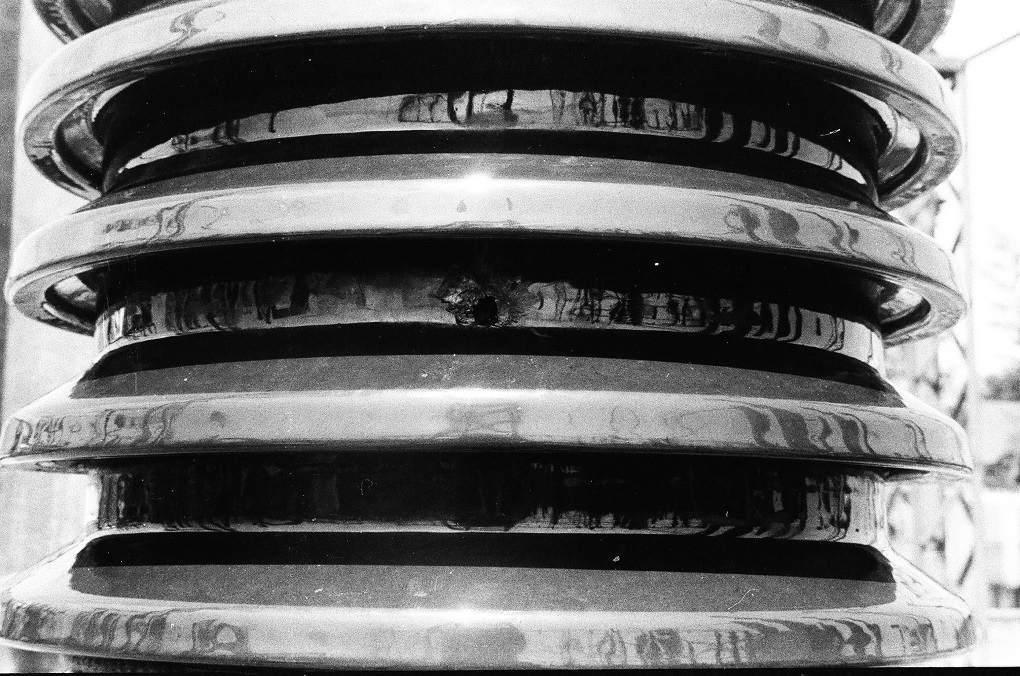 We first stayed in Enugu, the former capital of the transient Republic of Biafra and then lived in the city of Aba. My memories of the time in Igboland are just sequences of images and scenes, and it is difficult to make sense of all of them: Kind and friendly people, palm trees and mysterious forests, riding a tricycle in elliptical loops, visits to electrical sub-stations. We returned to Germany when I was four years old. I would never live in the Igboland again, but recalling the fragmented memories of those early childhood years has always evoked a sense of comfort and joy in me. When I came across "Things Fall Apart" as a fourteen-year old and learned that it took place in an Igbo village, I knew that I simply had to read it. 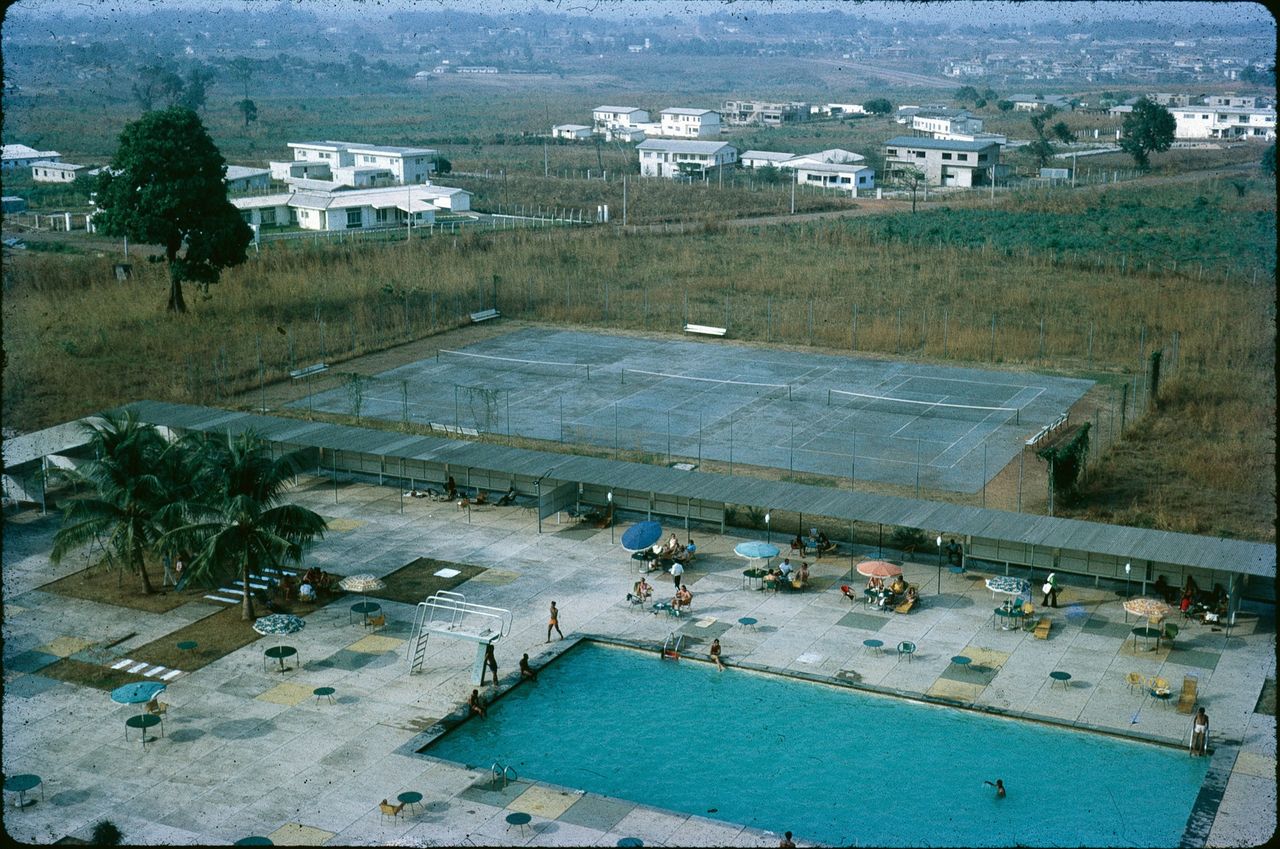 I was not prepared for the impact the book would have on me. Great books shake us up, change us in a profound and unpredictable manner, leaving footprints that are etched into the rinds of our soul. "Things Fall Apart" was the first great English language book that I read. I was mesmerized by its language. This book was living proof that one could write a profound and beautiful book in English, using short, simple sentences.

As the Ibo say: "When the moon is shining the cripple becomes hungry for a walk."

And so Okonkwo was ruled by one passion-- to hate everything that his father Unoka had loved. One of those things was gentleness and another was idleness.

A child cannot pay for its mother's milk.

It wasn't just the beautiful language, aphorisms, Igbo proverbs and haunting images that made this book so unique. "Things Fall Apart" contained no heroes. The books that I had read before "Things Fall Apart" usually made it obvious who the hero was. But "Things Fall Apart" was different. Okonkwo was no hero, not even a tragic hero. But he also was no villain. As with so many of the characters in the book, I could see myself in them and yet I was also disgusted by some of the abhorrent acts they committed. I wanted to like Okonkwo, but I could not like a man who participated in the killing of his adopted son or nearly killed his wife in a fit of anger.

Guns fired the last salute and the cannon rent the sky. And then from the center of the delirious fury came a cry of agony and shouts of horror. It was as if a spell had been cast. All was silent. In the center of the crowd a boy lay in a pool of blood. It was the dead man's sixteen-year-old son, who with his brothers and half-brothers had been dancing the traditional farewell to their father. Okonkwo's gun had exploded and a piece of iron had pierced the boy's heart.

Achebe was not judging or mocking his characters, but sharing them with us. He was telling us about how real humans think and behave. As I read the book, I felt that I was being initiated into life. Life would be messy. Most of us would end up being neither true heroes nor true villains but composites of heroism and villainy. If I did not want end up like Okwonkwo, the ultimate non-negotiator, I needed to accept the fact that my life would be a series of negotiations: negotiations between individuals, negotiations between conflicting identities and negotiations between values and cultures. The book described a specific clash of cultures in colonial Africa, but it was easy to apply the same clash to so many other cultures. I tried to envision Okwonkwo as an Indian farmer whose world began to fall apart when Arab armies invaded the Sindh. I imagined Okwonkwo as a Native American, a Roman or a Japanese warrior, each negotiating his way through cultural upheavals. The history of humankind is always that of things falling apart and, importantly, that of rebuilding after the falling apart.

As soon as the day broke, a large crowd of men from Ezeudu's quarter stormed Okonkwo's compound, dressed in garbs of war. They set fire to his houses, demolished his red walls, killed his animals and destroyed his barn. It was the justice of the earth goddess, and they were merely her messengers. They had no hatred in their hearts against Okonkwo. His greatest friend, Obierika, was among them. They were merely cleansing the land which Okonkwo had polluted with the blood of a clansman.

I read "Things Fall Apart" to find my past, but it defined my future. It helped me recognize the beauty of the English language and prepared me for life in a way that no book had ever done before.

**********
Notes: All quotes are from "Things Fall Apart" by Chinua Achebe. An earlier version of this article was first published on the 3Quarksdaily Blog.