For the last month-and-a-half, House Speaker Michael Madigan has repeated in his weekly press conferences a pledge to work "cooperatively and professionally" with Gov. Bruce Rauner to work out a compromise on a budget for the fiscal year that began July 1.

He has said Rauner needs to leave "non-budget issues" like term limits and a property tax freeze out of the budget conversation so the Republican governor and Democrats who control the General Assembly can negotiate a compromise.

This week, though, Madigan added a cryptic twist to his weekly meeting with the media in the Capitol. Responding to a reporter's question about a budget being the product of negotiation between Rauner and top Democrats, Madigan took issue with the underlying assumption.

Watch Reboot Illinois' Matt Dietrich and Madeleine Doubek discuss Madigan's approach to working with Rauner on the budget in this video: 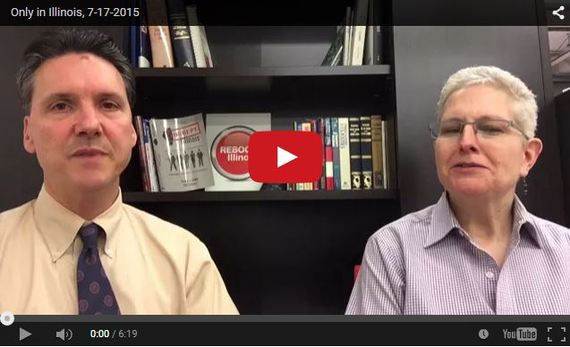 Other media outlets have expressed concern at the ability of Madigan and Rauner to work together as well. The Chicago Tribune reported that one lawmaker said the two officials are in "two different worlds." Others said compromise did not seem to be in the Illinois government's immediate future. The Chicago Sun-Times said reporters in the state have begun to lose confidence in the speaker's commitment to working with the governor. Check out a summary of these views at Reboot Illinois.