1968 is remembered as one of the most tumultuous years in U.S. history. But one presentation in San Francisco that year, while unacclaimed at the time, would only come to rock the world over the ensuing decades.

On Dec. 9, 1968, 45 years ago on Monday, Douglas Engelbart gave a demonstration at the Fall Joint Computer Conference that is now referred to as the "Mother of All Demos." He invented the computer mouse four years prior, and showed it off to the public for the first time that day.

In the demo, Engelbart explained that the computer mouse's odd name wasn't purposeful, it just sort of happened. "I don't know why we call it a 'mouse,'" Engelbart said. "Sometimes I apologize. It started that way, and we never did change it." In case you were wondering, both "mice" and "mouses" are acceptable as plural versions of computer "mouse," according to Merriam-Webster.

Of course, the original mouse wasn't used on a personal computer as we know it. It was originally meant to be an interface tool for an early, room-sized computer. Obviously, it didn't look much like a modern mouse either. The first mouse was wooden and square, and moved a lot less fluidly than today's version. 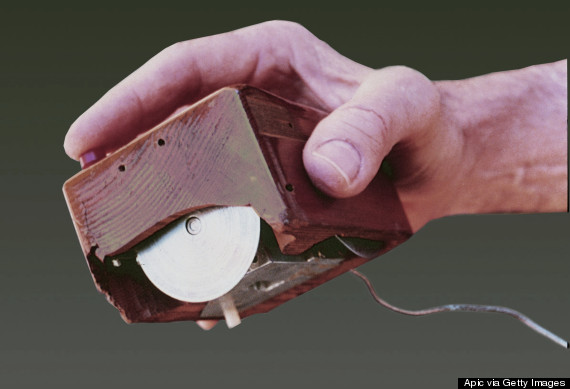 It took decades for the mouse to become what it is today, and by that time Engelbart's patent was no longer in effect. The mouse entered the public domain in 1987, right around the time the personal computing industry was starting to explode. Unfortunately, Engelbart didn't actually make much money off of his invention. He passed away in July.