A gun in your bra not quite your style?

Leslie Deets would like to sell you a concealed carry handbag.

Make that a Concealed Carrie handbag.

“I’m a huge ‘Sex and the City’ fan,” explains Deets, who realized women needed a better way to carry their guns after women started showing up for firearm training classes at SharpShooters USA, which Deets co-owns with her husband, a former police officer, in Roswell, Georgia, with their guns flopping around loose in their purses.

So, she came up with a line of handbags equipped with a concealed carry compartment (and an adjustable holster) that, she says, “doesn’t scream, ‘I’m carrying a concealed firearm.’”

“Up ’til now, men have had all the cool toys,” says Deets, who studied architecture and design before getting into the gun business. She launched the line last winter, and several styles — they retail between $249 to $299 — sold out in eight weeks.

More from Forbes
-- Is That A Gun In Your Bra, Or Are You Just Happy To See Me?
-- Operation Backfire: How New Gun Regs Pushed Me Into Getting A Concealed-Carry Permit
-- The World's Top 25 Companies

Can you shoot through the bag?

She offers a unique guarantee. If a customer can produce a valid police report stating she was involved in an altercation in which she had to defend herself and shot through her Concealed Carrie, Deets will replace the damaged handbag for free.

Deets says the market for self-defense products for women is “growing every day.” The reason why seems to be a combination of feminism and economics.

“Women want to feel more empowered,” she says. “We’re not victims. We don’t want to rely on men to protect us. More women are working. They want to be able to defend themselves should they need to.”

Concealed carry laws across the country vary. This week, Illinois is grappling with shifting from being one of the last remaining No-Issue jurisdictions to joining the concealed carry ranks.

“I’m selling them [the handbags] all over the country,” Deets reveals.

“Before I started this line, I was leaving [my gun] in the car or at home,” she says. “Now, when I know that firearm is at my side, I find that I’m more aware of my surroundings. Because that firearm is there. More aware of the fact that I have a loaded pistol next to me. It makes me feel more responsible. It makes me feel more responsible for my own destiny.” 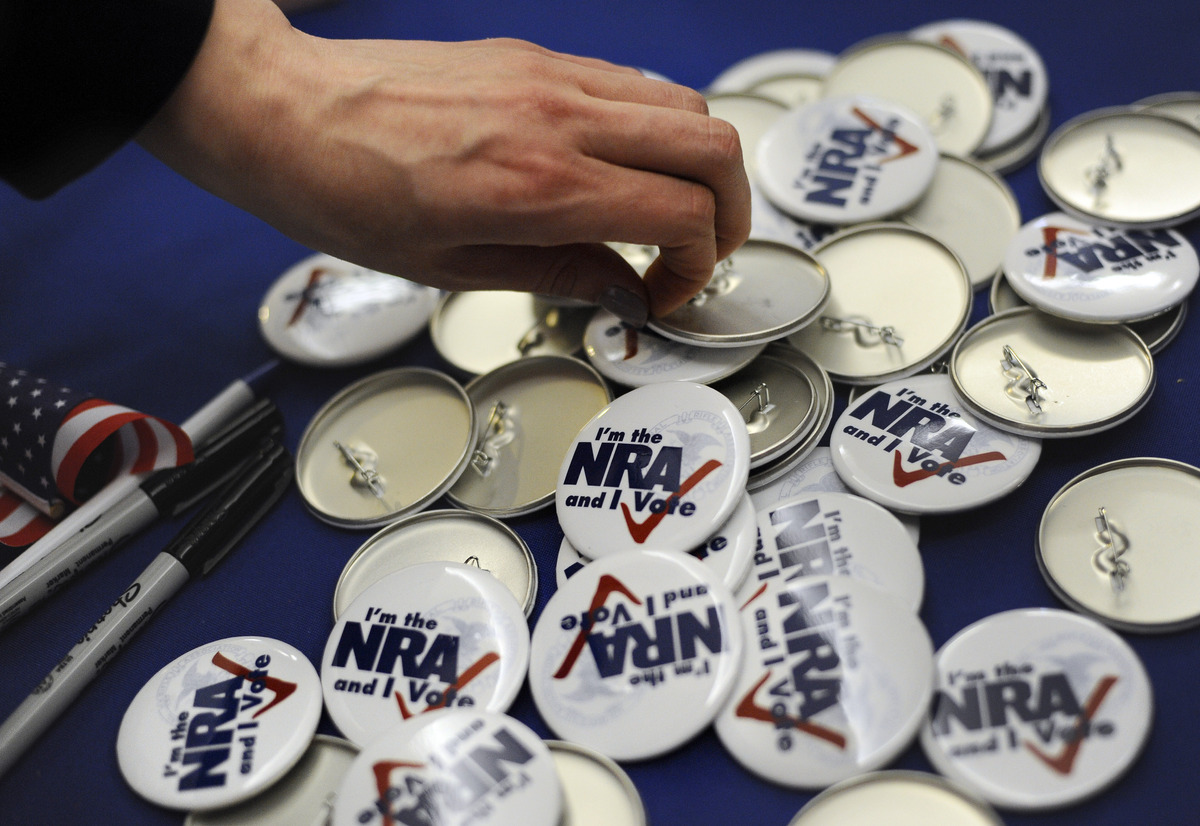 1 / 15
It Spends A Huge Amount Of Money On Lobbying
The National Rifle Association spent between <a href="http://www.policymic.com/articles/11823/james-eagan-holmes-gun-control-debate-nra-still-has-the-numbers-and-the-money" target="_blank">$1.5 million and $2.7 million on federal-level lobbying efforts between 2001 and 2010</a>, and an additional $7.2 million supporting candidates during the 2010 election, according to Policymic. Gun manufacturers themselves have contributed <a href="https://www.huffpost.com/entry/nra-gun-control-firearms-industry-ties_n_2434142" target="_blank">up to $38.9 million to the NRA</a> since 2005.
AP