* Drag queen, 25, to sing power ballad "Rise Like a Phoenix"

* Austria has won Eurovision just once before

VIENNA, April 26 (Reuters) - Drag queen Conchita Wurst will take to the European stage as Austria's contender for Eurovision, the song contest that pits nation versus nation and launched the global careers of ABBA and Celine Dion, Wurst's idol.

Sporting high-heels, butterfly eyelashes and a full beard, Wurst - real name: Tom Neuwirth - is an unlikely contestant for conservative Austria, which has triumphed just once before, in 1966, with Udo Juergens' gentle chanson "Merci, Cherie".

The annual Eurovision Song Contest, which has a huge gay following, could be the perfect platform for the singer to launch an international career. Israeli transgender singer Dana International won the contest in 1998 with "Diva".

But her entry has highlighted Europe's geographical divide on attitudes to homosexuality. Unlikely to raise much controversy in the West, her appearance has prompted criticism by some in the East where anti-gay rhetoric remains more common.

Online petitions have been started in Belarus, Armenia and Russia - whose government passed a law last year banning "gay propaganda" among minors - to have Wurst removed or edited out of broadcasts in their countries.

Armenian Eurovision contender Aram MP3, a 30-year-old man whose real name is Aram Sargsyan, said Wurst's way of life was "not natural" and she should decide to be a woman or a man.

Wurst shot back: "I told him I don't want to be a woman. I am just a working queen and a very lazy boy at home."

Aram MP3 has since apologised, saying his comments were intended as a joke.

Wurst's song entry "Rise Like a Phoenix", which bookmakers say is in the top ten favourites to win, is a power ballad that the singer sees as a defiant metaphor for her journey from a rural boyhood to her budding career as a bearded drag queen.

"The beard is a statement to say that you can achieve anything, no matter who you are or how you look," she told Reuters in an interview.

Wurst says the Austrian mountains were a perfect childhood environment for a boy, but things became more difficult.

"Being a teenager, a gay teenager, in such a small village is not that much fun. I am part of the gay community and most gays have a similar story to mine," said Wurst, now 25.

Neuwirth moved to Graz at the age of 14 to study fashion design and created the persona of Conchita Wurst at an Austrian talent competition in 2011.

Eurovision, one of the world's longest-running television programmes, was started in the 1950s to help foster a spirit of unity after World War Two. It has expanded from an original seven countries to 37 this year, many from outside Europe.

Despite its peaceful intentions, voting is often political and points are now awarded half by professional judges and half by the public via phone and SMS. (Editing by Robin Pomeroy) 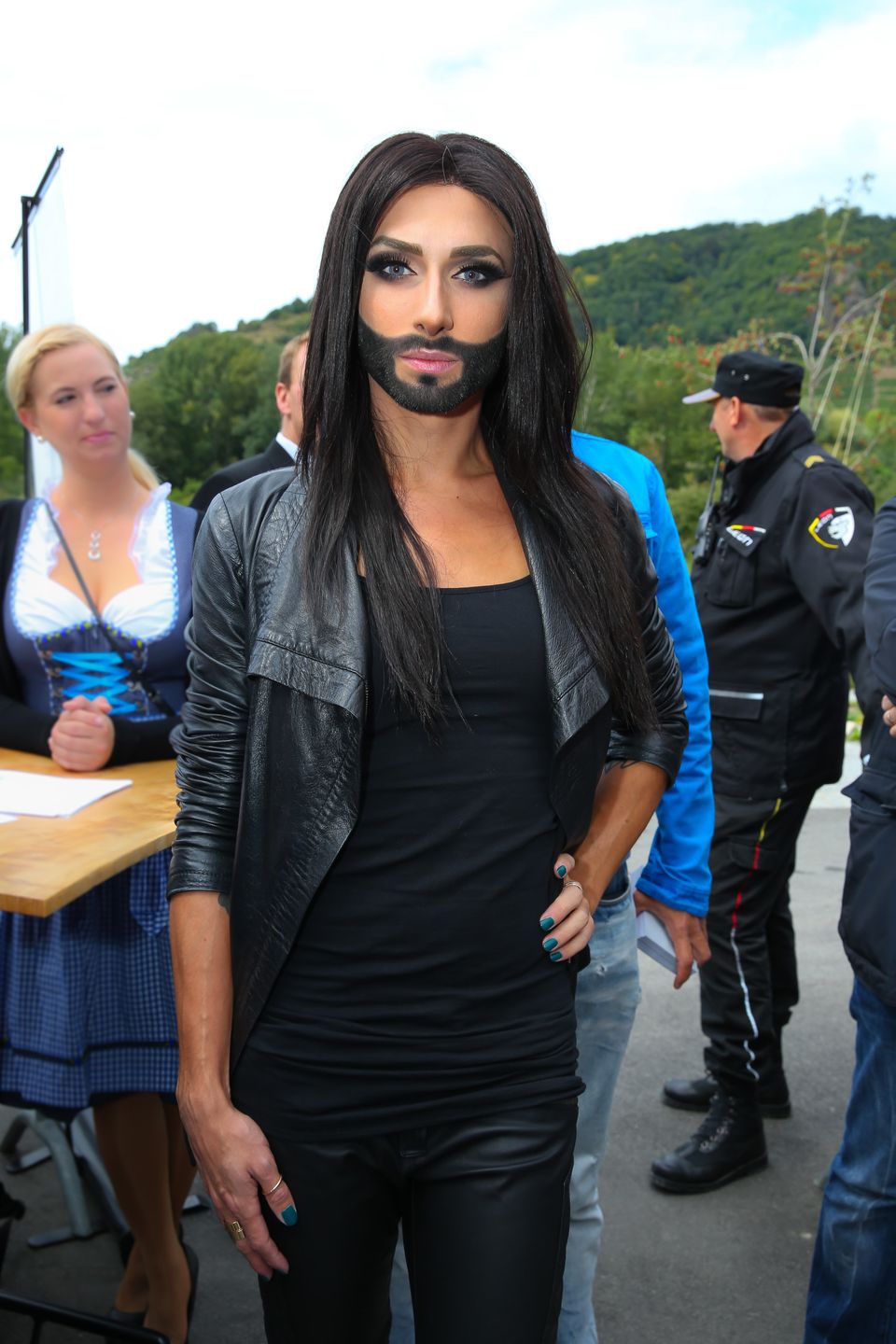