A trainee officer on board the Costa Concordia when it sank off an Italian island last year told a court Monday that the captain did not fall off the stricken liner on to a lifeboat as he claims, but jumped to safety.

"We found a lifeboat. I jumped on, (Francesco) Schettino had jumped on just before me," Stefano Iannelli told a court in Grosseto where the captain is on trial for manslaughter, abandoning ship and causing the disaster which left 32 people dead.

His testimony would appear to corroborate accusations that the embattled captain -- nicknamed "Captain Coward" by tabloid media -- apparently headed ashore to ensure his own safety while terrified people were still trapped aboard the doomed ship.

Schettino insists that he slipped off the Costa Concordia, which was already tilting at a 90-degree angle, and fell on to a lifeboat.

In a widely-quoted phone call a coast guard official is heard upbraiding Schettino and ordering him to "get back on board" -- an order the former captain refused point blank to follow.

"We had formed a human chain, so as not to slip," Iannelli said as he described the chaos on board after the crash off the Tuscan island of Giglio, according to Italian media reports.

"I was part of the Tango India support team and we helped at least five injured people. When I could no longer see any passengers, I went with Schettino" and four others "and we found a lifeboat," he said.

"I jumped on its roof, Schettino had jumped on just before me. As soon as the lifeboat set off, the ship rolled over and the deck we had been on sank underwater. On our way to shore we picked up passengers in the water," he added.

Schettino faces up to 20 years in prison if convicted. 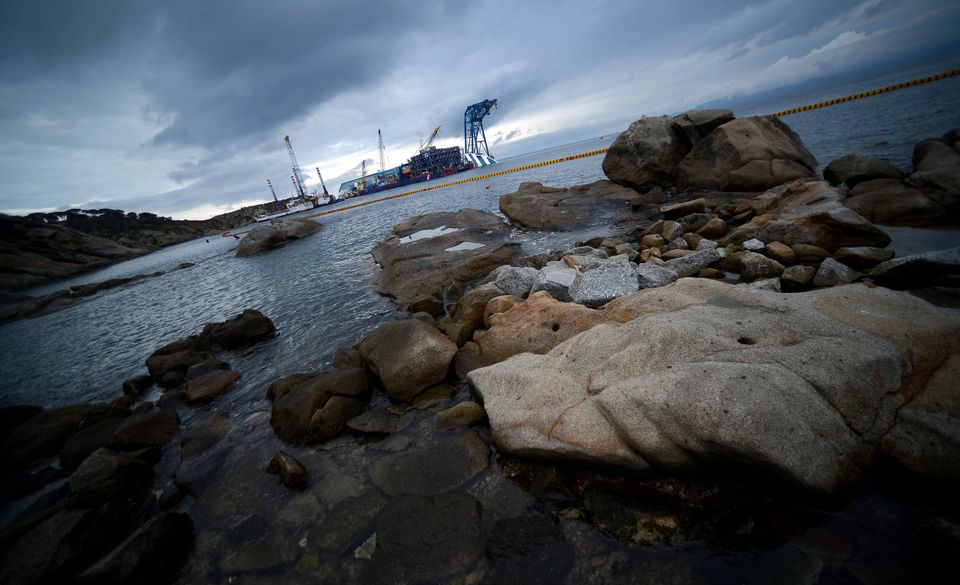 1 / 20
The Costa Concordia cruise ship lies aground near the port on January 10, 2013 on the Italian island of Giglio. A year on from the Costa Concordia tragedy in which 32 people lost their lives, the giant cruise ship still lies keeled over on an Italian island and its captain Francesco Schettino has become a global figure of mockery. (FILIPPO MONTEFORTE/AFP/Getty Images)
Getty Images