Ever been so in love you feel like you and your significant other are one?

That's the theme behind a series of ads for Japanese sex shop Condomania, featuring couples vacuum-sealed together.

In a YouTube video showing how the ads were made, Japanese photographer "Photographer Hal" explains some of the inspiration behind the series of shots. "Human beings aren't completed if they're just by themselves. It's when they come together, when they come really close, that they're finally completed," he says. "That's why I pack them together." The couples, who are arranged into an empty futon bag, take sips of oxygen from a can in between Hal's shots, and only stay packed in the bag for 10 seconds.

Check out the ads for Condomania below. 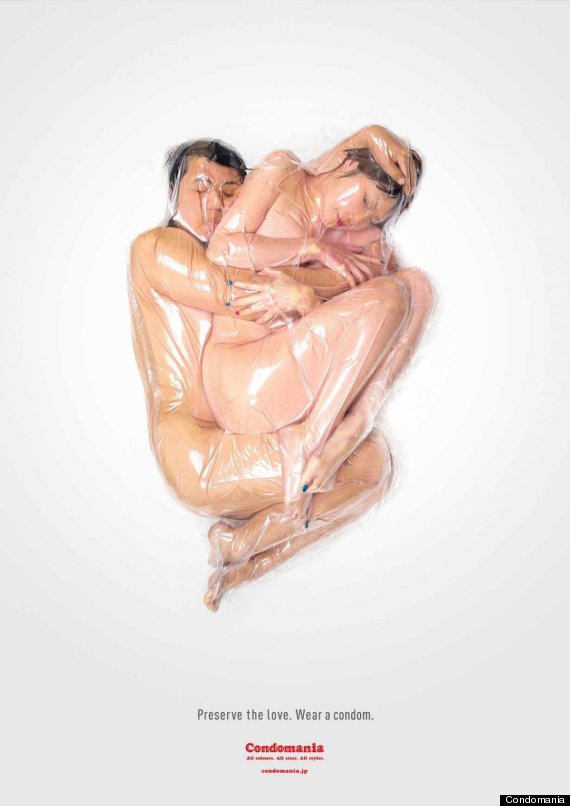 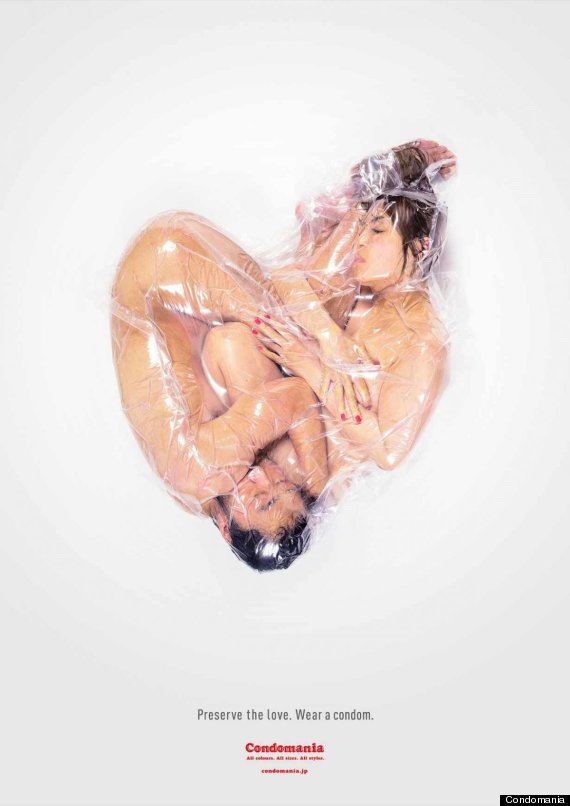 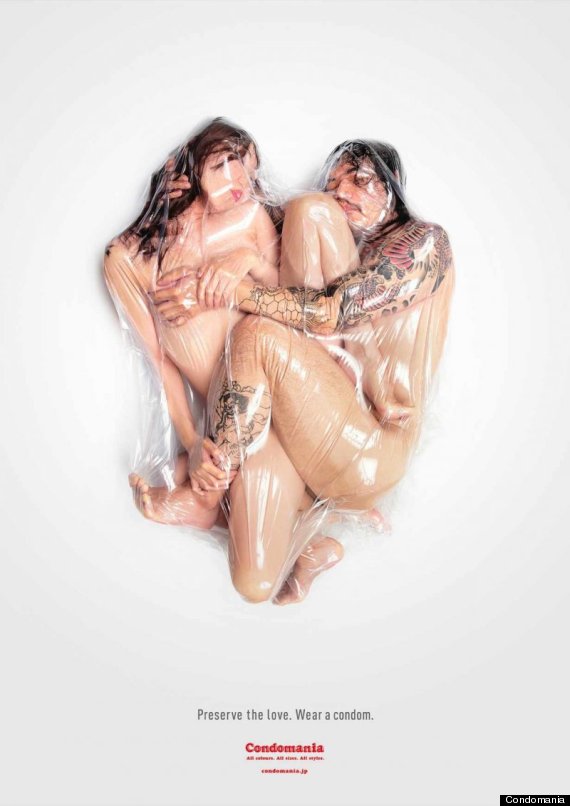 Photographer Hal has been shooting photos of couples sealed together for a few years now as part of a series titled "Flesh Love." The artist's online bio says he often asks couples he meets out at bars to be in his projects, confining them in "crucible like spaces only to convey his continuing theme of 'love of the couple.'" The result for the "Flesh Love" shots and the Condomania campaign is couples in such emotional and physical proximity that they appear to have literally fused together.

While the contraceptive industry often features imaginative advertising, it doesn't seem to be making a huge difference in America. Teen condom use has been stagnant at 60 percent, with studies finding that contraceptive use actually declines with age.