On Friday and Saturday, December 11 and 12, Justin Freer will conduct the San Francisco Symphony in screenings of the Christmas film classic from 1946, It's a Wonderful Life. Directed by Frank Capra, this very special presentation incorporates unused portions from Dimitri Tiomkin's original score. "One of the greatest pieces from the film - now that I've become very familiar with everything that was written - happens to be something that wasn't used. The original finale - called 'Wonderful Life' - was omitted." 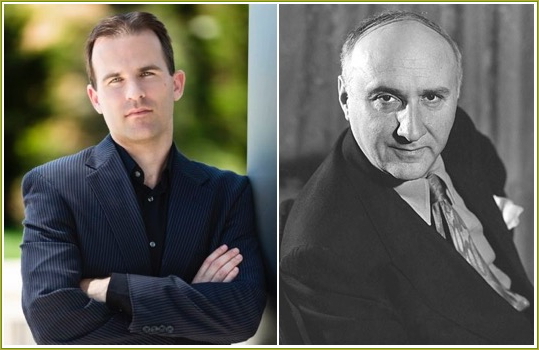 "Tiomkin was in love with this music. He was heartbroken that it wasn't used in the final cut. The music is one of the great tour-de-forces in any of his repertoire. It's an incredibly long cue, tracing all kinds of thematic and dramatic development. It leads up to George finding his children and his wife at home - his real home. George is back to his real life. He's running through the streets yelling 'Merry Christmas' to everybody and thankful for the chance at a new life. The music here is some of my favorite of anything that Tiomkin ever penned."

Dimitri Tiomkin's screen credits include a staggering number of familiar titles including, Lost Horizon (1937); Mr. Smith Goes to Washington (1939); Shadow of a Doubt (1943); Dial M for Murder (1954); along with a slew of Westerns - Duel in the Sun (1946); Red River (1948); Giant (1956); Gunfight at the O.K. Corral (1957); Rio Bravo (1959); eight seasons of Frankie Laine singing the title song from the TV series, Rawhide; and a huge personal favorite, Land of the Pharaohs (1955). Starring Joan Collins and Jack Hawkins, the Tiomkin score contains the grandest of triumphal entrances since Verdi's Aïda.

"A lot of people don't realize how many movies in their 'favorites library' - the watched over-and-over library - were scored by Tiomkin. It's really fascinating - knowing the story behind the composer and how the final score came about. Until I had children, I probably wouldn't have felt this way. But watching the faces of George's children as they see him coming home, seeing his eyes light up - is one of my favorite moments in the film. And to experience a community so close to one another - coming out of the woodwork to donate a dollar here, a dollar there to pay off the $8,000 debt. There are wonderful moments that are also very dark, but we can all relate to them one way or another." 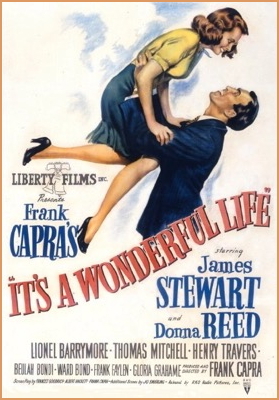 Courtesy of Paramount HE

"One of the great ironies about Dimitri Tiomkin is that he is a Russian-born composer, now recognized for having written some of the greatest American film scores ever. My background is very classical-heavy and I've been passionate about film music my whole life. It deserves to be heard in this format. Years ago I started CineConcerts, a company that focuses on this. We've since done Gladiator, The Godfather, Breakfast At Tiffany's, and Braveheart - and with more coming down the pipeline. It's A Wonderful Life is one of the staple Christmas classics in the literature and Tiomkin's score certainly has a lot to do with that. Perhaps Capra felt that easily identifiable Christmas melodies would help. It's not to say that Tiomkin didn't play with them a little. Much of the score was based on some classic melodies, such as 'Hark the Herald' and 'Auld Lang Syne'. He relied heavily on the tune 'Buffalo Gals' weaving in and out and paid homage to Beethoven's 'Ode to Joy'. So, there are some really wonderful references throughout and, of course, an incredible array of original material. It's very special and unique. Now that we are premiering the project at Davies Hall with the San Francisco Symphony, we'll be able to take it out worldwide and share it with as many people as possible."

The story goes that 38-year-old Jimmy Stewart was not secure with his concept of "George Bailey" and wanted 29-year-old June Allyson to play his wife, "Mary". It had been six years since his Oscar-winning performance as "Macaulay Connor" in The Philadelphia Story opposite Katharine Hepburn and even longer since he crooned "Easy to Love" to Eleanor Powell in Born to Dance. At 25, Donna Reed was among the newest group of elegant beauties at MGM. Prior to It's a Wonderful Life, she had made a stunning impression in The Picture of Dorian Gray and was slated for the studio's epic costume drama, Green Dolphin Street. Donna Reed typified the passionate young woman who knew what she wanted and was holding-out for the right man to come along. Stewart's overall bafflement, coupled with director Frank Capra's unswerving confidence in the charms of Donna Reed produced a story of love and commitment like none other. 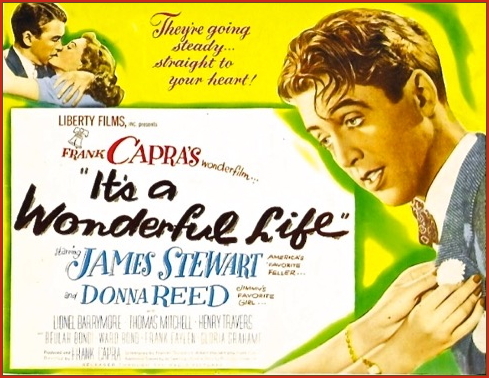 Courtesy of Paramount HE

"I've known for at least twenty-five years that Tiomkin's original score contained other music. But I never knew just how much of it went unused until I had the opportunity to see the score in the Paramount archives. It was a kid-in-the-candy-store moment. These last few months I've immersed myself in Tiomkin. It's been a wonderful educational experience. We all have so much to learn from him. He was a genius and master of his craft. We are better off with his music than without it."