Few bucket-listers staring up at the 60 ft.-high granite bas-relief of the Mount Rushmore National Memorial (carved atop what had been a sacred Lakota granite outcropping in South Dakota's Black Hills) realize that the artist responsible had been a proud charter Knight of the "Imperial Koncilium" of the newly formed Ku Klux Klan. He bore the credential with commanding pride before his 1925 commission for the Memorial by President Calvin Coolidge with the support of Congress. 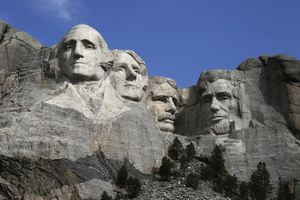 Born into a polygamous Idaho Territory household, the nativist and authoritarian Danish American sculptor, Gutzon Borglum, cut his Brobdingnasian earthwork teeth on the original commission for the Stone Mountain Park in Atlanta. There on the northern face of a quartz ridge jutting up from the sloping Georgia Piedmont, he conceived a 190 ft-high, 90 ft.-wide, and 42 inch-deep bas-relief of the three foremost horse-loving leaders of the American Confederacy: Jefferson Davis riding Blackjack; Robert E. Lee on his beloved Traveller; and Thomas J. "Stonewall" Jackson astride Little Sorrel. 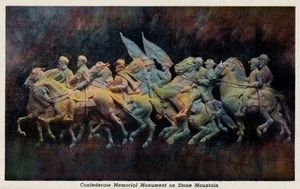 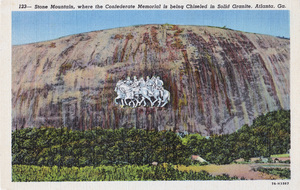 In fact he was fired before completion and the substitution found on Stone Mountain today was done by sculptor Augustus Lukeman and his eventual successor, Walter Hancock. Nonetheless, Borglum had the idea as commissioned by his Klan fellow travelers who saw it above all as a shrine to their "maligned" selves long after their defeat in the Civil War. 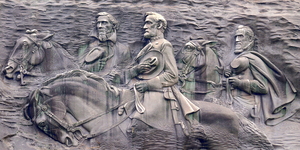 One of those who led the way with both policy and fund raising was the defiantly racist founding Daughter of the Confederacy, Helen Plane, who wrote (ungrammatically) to Gutzon at the time of his 1915 hire, " I feel it is due to the KKK that saved us from Negro domination and carpetbag rule, that it be immortalized on Stone Mountain."

So it unfolded-- becoming a State Park in 1958 as fear of civil equality began gathering force, and was considered complete in 1972 thanks to taxpayer funds. Just this month, the Governor of Georgia stated in no uncertain terms that the flag of the Confederacy would stay defiantly unfurled at the site to assure the full force of its salute to human bondage.

Since the 4th dynasty creation of The Great Sphinx of Giza, it is America which seems to have a special predilection for such earth works, at least in the realm of art. (Largely as a response to Rushmore's four presidents, just 17 miles away is the ongoing realization of another huge land artwork, namely of Crazy Horse, carved into a granite dome, which upon completion will rank as the biggest sculpture in all world history.) 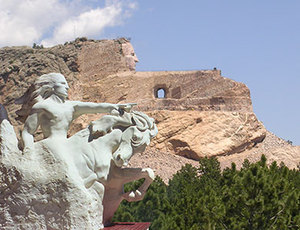 Even Albert Speer's outsized plans for Hitler's hoped-for Germania, a world capital designed to reign terror across the globe for an ensuing millennium, included no effigy of its Führer. Instead, the absurd classical pomposity of the architecture itself would represent the man and his fascist blueprint for enslaving the world. 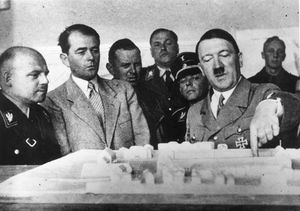 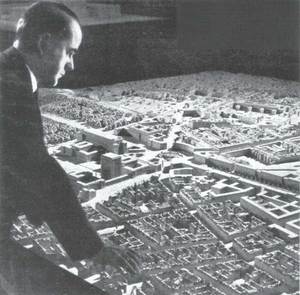 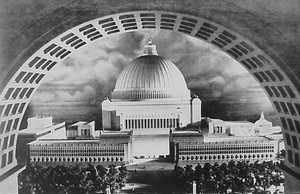 Meanwhile, the man who led his defeat gets no more than a 12' bronze 1973 sculpture by Ivor Roberts-Jones entitled Churchill, standing with mute dignity in Parliament Square. 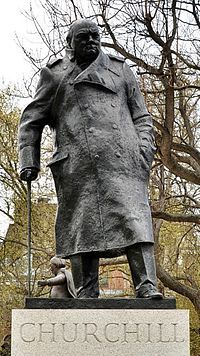 Live rock has had a place in architectural history descending from the Paleolithic caves found in China dating from 400,000 years ago along with a more refined harnessing of fire, through those of the Neolithic caves in Western Europe, where art too was first manifest.

There are thousands of residencies in southern Italy, interior Turkey, and modern Greece built up or out of the residual cave dwellings of their predecessors. This is building by extraction.

In Lalibela, Ethiopia the subterranean 12th-century rock-hewn Orthodox churches draw worshipers and tourists alike, just as the valley walls of Jordon's Petra do while continuing archaeological discoveries there reveal its vast scope and complexity. 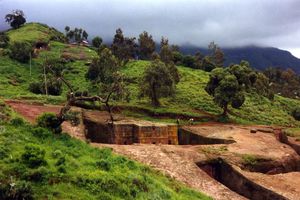 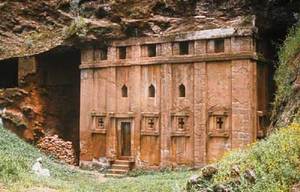 The Native Americans, beginning with the elusive Anasazi and Ancestral Puebloans, perfected a blending of live rock and new construction with compatible materials exemplified still by the monumental cliff dwellings of Mesa Verde, also of the 1100s. 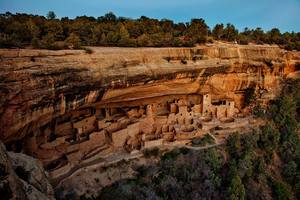 Green design today, inspired in part by precedent but more by new technologies, environmental imperatives, and economic adjustments also looks at ways to merge with the earth itself planet (plant?) and according systems both in form and function. Norway's Svalbard Global Seed Vault of 2008 by its public works office Statsbygg provides a peerless metaphor, a "living Fort Knox." 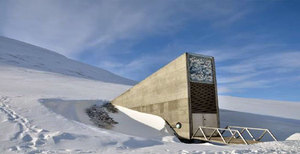 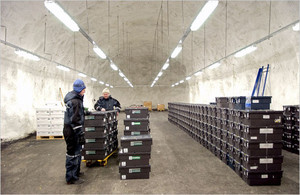 Nonetheless America's hold on land art specifically (and even before taking into account the land art movement of the late 60s and 70s arising from the critical framework of Robert Smithson's seminal 1968 essay, "The Sediments of the Mind: Earth Projects," in rejection of the cool socially-disengaged modernism of the New York School) is still paramount as an heroic medium meant above all to stand the test of time. Nothing lasts better than geography itself especially within the broad boundaries of a brash, adolescent nation, where gigantism equals patriotism and where vulgarity trumps subtlety whenever it sees its chance.

As South Carolina's Capitol grounds and other jurisdictions decide the fate of their most prominent emblems of past oppression and contemporary reaction, Stone Mountain guarantees that at least one Confederate icon will loom over the South's largest city for as long into the future as mankind can foresee. Short of being blown up or tragically bombarded as the Taliban did to Afghanistan's great 6th-c live sandstone Buddhas of Bamiyan in 2001, this symbol of America's original sin clinging on past its supposed absolution is stolidly immune from the kinds of shifting cultural winds that are otherwise blowing down the Stars and Bars well after its "past due" date.