Whether you're an aspiring songwriter trying to get in the game, or a seasoned pro trying to stay in the game, or for that matter, any hopeful fill-in-the-blank with an eye on a prize, it helps to have a passion on the side. Something to do while we're aspiring. Waiting for our big break. Or a little break. Something peripheral (or not so peripheral) that keeps us from being hyper-focused and obsessed. Something that makes us want to put eggs in other baskets. Perhaps that one basket could use some relief.

For creative types, giving it some space helps us gain perspective and return with fresh ideas and interesting words. It helps us avoid defaulting to our own redundant settings.

With all the modern gadgets that compete for our attention we have become so adept at multitasking. Why can't we take on more than one joy?

Dan and Leah (aka Dreamlab) were just starting out as writer/producers when we first met and collaborated in 2006. They were married, child-free and busy. We were thrilled to get an album cut (remember those?) with Vanessa Hudgens. I remember Dan taking pride serving up the most excellent coffee with an impressive espresso machine in their kitchen during writing breaks. I remember the two of them talking about having a kids. And hits. When would it all happen? How would they juggle?

Now, almost ten years later, with some big singles to their name, they're in the studio pretty regularly with Selena Gomez and they have expanded their family: Rooney is toddling about and Goldie is a bun in Leah's oven. They're juggling just fine. Between producing records and being parents you'd think there would be no time for anything else. But this weekend, Dan and Leah are opening their passion on the side: Red Window Coffee...a tiny specialty coffee bar on Ventura Boulevard in Studio City. For many years it was a fantasy. Now it's real. Perhaps their passion on the side allowed freedom for other dreams with minds of their own (especially when we try to control them) to come to fruition.

Honestly, sometimes I think most things won't happen until we look away. (Dreams don't like to be stared at.) But we must look away with authenticity. We can't pretend to. You can't fool the Universe.

Last week, I was a guest on That'll Play, a podcast hosted by two young men (relative to me) from my home turf of Long Island. Respectively, they are a graphic designer and a Christmas tree wholesaler by trade. That's how they make their living. But the podcast is their mistress. Their playground away from real life. They love having conversations with friends and strangers about film, music, sports, technology and the entertainment industry. I don't know what they look like behind the desks of their day jobs but with headphones on through a Skype screen they appeared pretty fired up. We had a pre-Grammy conversation about the changing music business while my homemade (via Silver Palate) chili stewed. I was having company for the telecast later that evening.

Have a listen to our conversation:

Things happen mysteriously when we're not trying so hard to make them happen. Rain falls. Hits go up charts. Babies are born. Podcast get syndicated. Why does it feel like water boils so much faster when we're not tapping our foot and holding a tea bag. Truth is it doesn't. It's just that if we are occupied and engaged in something while those molecules are doing their thing the waiting doesn't feel so much like...well...waiting.

And if it's not happening fast enough, or if it never happens at all, at least we're not sitting around milking our angst. I am no expert. I have to remind myself of these things every day as I navigate the wacky terrain of the songwriting business.

One day, maybe I'll get nominated for another grammy. Maybe one day I'll win one. That remains to be seen. In the meantime, I'm going to keep on blogging, making chili, spending time with friends and supporting good people's endeavors. Because, thank you John Lennon, life is what happens when you're busy making other plans. 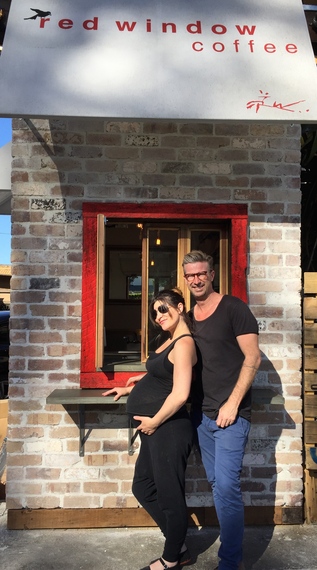 Please visit me at ShellyPeiken.com and on my Serial Songwriter Facebook Page.