Every October, for four consecutive years, I worked as a professional scareactor in Florida. I put on costumes and wore fake blood (which was sticky and sweet and actually dyed corn syrup) and transformed from a regular person to a creature that could terrify grown adults and cause people to flee from my costumed presence.

Two years ago, I moved to New York City to pursue my career and left behind my scareacting days. But whenever Halloween comes around, I think back to those long nights when I learned the best ways to scare someone. I realized I also learned a lot more about the darker sides of people when I was behind a mask than I would have ever thought possible.

Here are eight things (and a few bits of advice) that I've learned after being a professional scareactor:

At my first scareactor audition, I didn't understand how fun it would be to scare the sh*t out of random people. It's liberating to act in a new way and to have no one from your "real" life recognize you. It felt like my own Jekyll-and-Hyde experience when during the day I dressed for a 9-to-5 job but in the evening, depending on the role, I wore fake teeth, wigs, airbrushed make-up and fake blood and dirt smeared on my face and body. It's really one of the best experiences one could hope to have.

2. Scareactors can tell when you're actually afraid or just putting on a show.

If a guest buys a ticket to a scary-themed event at a theme park, you'd assume that they'd want to be scared. Alas, not true. So it's good to know the difference between those who actually want to be scared and those who don't. After seeing thousands of people walk through a scare zone or haunted house, you tend to analyze body movements. After a bit of trial and error, you can pick a person out of a crowd and can tell if they're actually going to get scared. Of course, there were a few surprises along the way and people you'd never expect to be afraid would flee the scare zone. It happens. 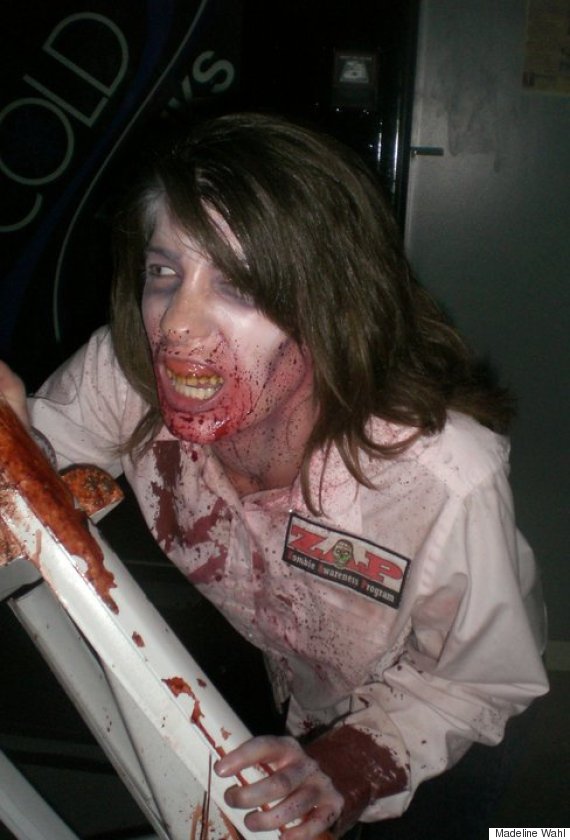 4. Don't try to scare the scareactor. It won't work, but even if it does, you'll still look like an idiot.

There have been so many times when I would be in the house waiting for the right person to scare when a random person would get in my face and open their arms wide to try and scare me. Scareactors often work in loud, dimly lit areas with props sticking out at odd angles. The scareactor knows the area inside and out but the guest doesn't and it can be dangerous... for the guest. It's all about common sense and safety. Too often, the joke is actually on the guest who tried in vain to scare others. Because, really, don't try to scare the professional.

5. A lot of work goes into making a haunted house function and a scare zone work. Don't mess it up for yourself, the people around you and the scareactors.

During the training sessions, I was astonished to walk through the all of the houses and actually see the inspiration come to life and the backstories come together. Months of preparation go into building a new world. The sets enhance the experience, yet when guests bang on the doors and punch props on the wall (yes, I've seen it happen) it ruins the experience. Don't do this. Don't be that jerk.

6. I can't stress this enough: Don't. Harass. The. Scareactors.

7. After hours of scaring people, scareactors get tired. #Dealwithit

One of my biggest pet peeves is when someone says that a house sucks because there weren't any scareactors, or because everyone was really tired. Scareactors are not machines. They get tired, especially if it's an active role where they are constantly moving around. Sometimes, sets run longer than anticipated. Instead of having an average set time of 45 minutes, it transforms into an hour-long set. It's rare, but it happens and those extra 10-15 minutes make a huge difference. It's a long night for both scareactors and guests. Try to give the scareactors the benefit of the doubt.

8. At the end of the day, beneath the mask, the make-up and the costumes, scareactors are real people with friends, families and jobs.

Scareactors have actual lives outside of their costume. It's unfortunate that people think that just because someone looks different than you, it means that they are beneath you or should be treated terribly. Maybe going to a theme park with scareactors can serve as a lesson for humanity. Basically, treat others the way you want to be treated. 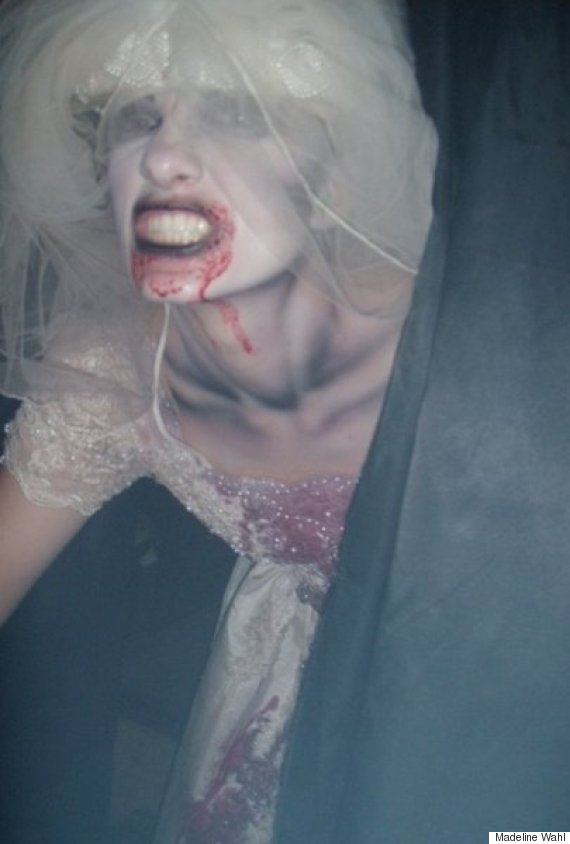