Did you know the world is ending? According to one very prominent Mormon writer and a number of her followers, last week was the beginning of the end, which will come after the fall of the stock market and massive physical destruction by the end of September. Stores selling food storage and other "emergency" items like fuel, water purification kits, and space blankets are doing very brisk business.

It's easy to shake your head over stories like this and think only crazy people or those who are mentally ill in some way would get excited about such predictions, let alone about enacting an end of the world scenario. But I spent several years of my children's early years as a Mormon "Prepper" and while it may well have been a manifestation of the years-long depression I had suffered, I thought it would be useful to explain why I now think I did what I did.

If you're interested, here's a link to one story in Publisher's Weekly from November 2010.

Here's the one in a local Salt Lake City paper, City Weekly from December 2010.

Some explanation of what I did as a doomsday prepper:

1. I worked year round to keep up a year's supply of food for our family, including 50 pound containers of wheat, rice, oats, and beans, water for a week, toilet paper and hygiene supplies for a year, and lots of canned and dried goods to make our food tastier while the world was ending.

2. I spent a month every year "practicing doomsday" with my family, where we tried out what it would be like to survive only on the food that we had in storage. For four years in a row, we did not shop for food for an entire month and we survived on homemade whole wheat bread, rice and beans, and whatever canned goods we had on hand -- as well as the remains of what was in our refrigerator or freezer.

3. I read books about the apocalypse to my children, including the wonderful (and haunting) Life as We Knew It by Susan Beth Pfeffer. I even had a couple of news stories written about what I was doing.

Here's a look at my food storage room (something that many homes in Mormon-dominated Utah have built right into them -- we moved into this house eleven years ago and did very little to change this storage area other than fill it with food): 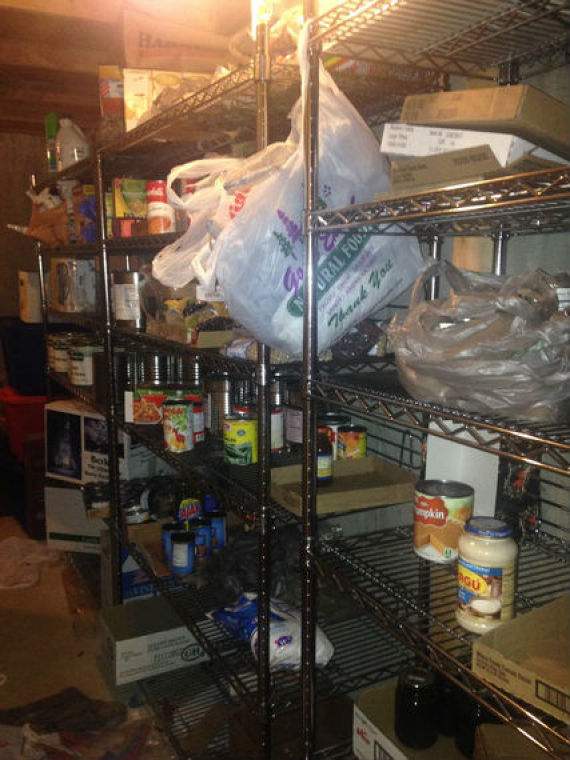 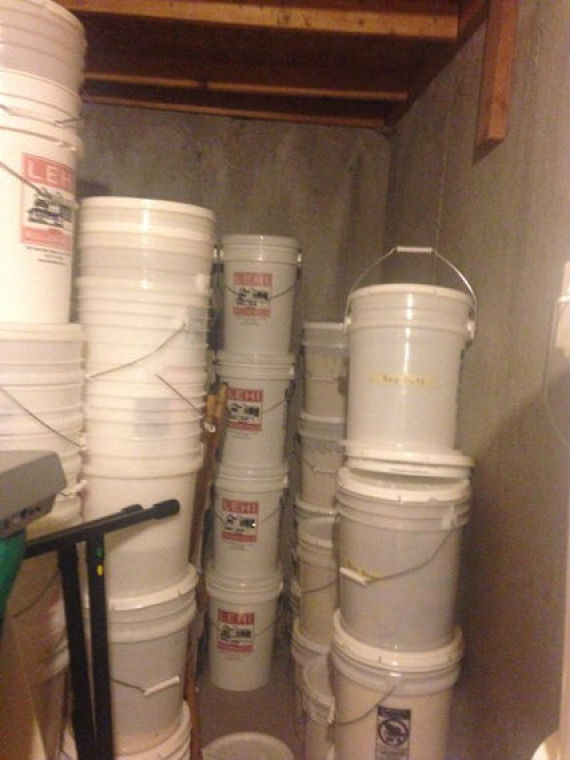 Looking back on the situation, and on the preppers who are stirring up controversy right now, I feel I can add some valuable insight into why people do this kind of thing.

• Feeling out of control of many other parts of my life, I enjoyed proving that I could be "in control" of the basics for my family's needs in a situation that no one else was preparing for.

• I felt like I was being a good parent by protecting my children against the worst that the world could possibly give them.

• I was being obedient to the many warnings Mormon prophets had given about preparing for the future.

• I felt superior to others who were not making the same preparations.

• I got a weird thrill out of imagining horrible scenarios, almost like people who enjoy horror movies might get. Think about the horror, defeat it, and then feel triumphant.

• I think I only did this because I had no actual fear about food and security. The years in my life when I was facing food insecurity, I did not do this and could not have done it because I was just trying to get through day to day.

• I believed I was bringing my family closer together by putting us through this simulated trauma together. Quite possibly, it did this in some weird way.

• I ignored and even laughed a little at my children who were genuinely frightened by apocalyptic tales I shared with them and by our living out these stories.

• I thought it was good for my kids to pretend to live through a terrible experience, despite the fact that they begged me to stop doing it.

Some of the things I would say to Mormon Preppers or others out there who think they are preparing for the end of the world:

• If life is good, maybe it's a good time to enjoy it. Bad stuff will come anyway. You don't need to anticipate it quite so eagerly.

• Pay attention to the emotions of your children. If you are scaring them, maybe it's not as good for them as you think. Consider if you may be causing them to have lifelong nightmares and PTSD. Probably not good to cause trauma in an attempt to prepare for trauma.

• It might be useful to spend some time reading up on the many, many predictions of the Second Coming of Christ that have been going around the world just about since Christ's death. Yet none of these predictions ever came true. Why do you think that yours are different?

• Are you sure that your sense of superiority is a good thing in terms of religion? Religions have been making distinctions between the "true believers" and the not true believers since forever, but aren't we supposed to be building community? If you have a bunch of supplies, should you not be sharing them?

• If you are genuinely worried about the future all the time, without any real reason to be worried, do you need to consider if you have an anxiety disorder? Would your time and energy and money be better spent dealing with your disorder through therapy and medication and acknowledgement than in distracting yourself with meaningless tasks to stave off an apocalypse that isn't coming except in your own head?

• If you want security in a world that is insecure, you might also consider how impossible that is. Embracing the lack of control I have over my own life has been amazingly beneficial to my mental health. I've been able to let myself focus on things I truly control and to let go of the things I don't control, so that I don't feel like the whole world is depending on me all the time.

• Are you trying to exhibit control over your children and family by forcing them to do things you choose? Is this really a good way of parenting? Are you scaring them into doing what you tell them to do?

I've done plenty of stupid things with my kids that I'd never do over again if I had the chance, and I'm not sure that I would put my doomsday prepping into a separate, worse category or not. It was certainly something the kids will be able to tell their therapists about later in life, and they get to laugh at me about it now, and relive the experience with each other. I don't regret loving them so much I wanted to protect them from everything in the terrible, big bad world I can't control. I hope they carry that with them wherever they go in life. I do wish I hadn't scared them quite so badly, because I think that giving them false nightmares about the future was counter-productive. There are plenty of real-life scenarios of the world ending that they can actually do something to prevent without imagining asteroids striking us or an Armageddon-style war between nations.

In case you think we did nothing but doomsday prepping, be assured that my kids also did plenty of summer school projects, neighborhood plays, science fairs and swim lessons to give them a step up in life. The three who are college age are all at great universities and I am sure my younger two still at home will land on their feet when it's their time. The family motto "Suck It Up," which we shorten to "SIU" will definitely be useful in more than doomsday scenarios. 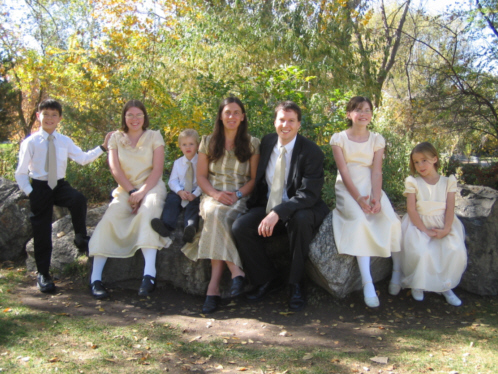 Texas Synagogue Holds Services After Rabbi And Others Held Hostage