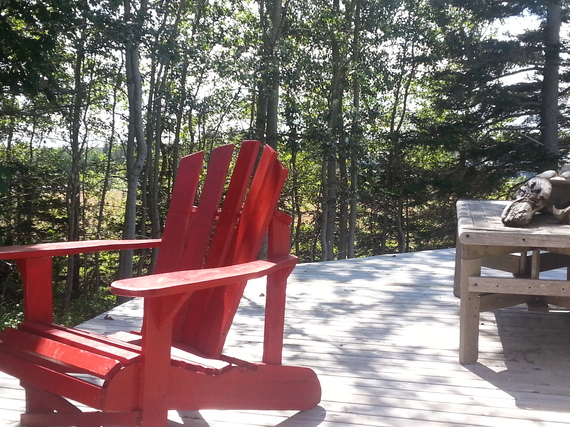 Recently, I appeared on a radio show to promote a literary event. We were talking about my latest novel, but inevitably the host asked, "So you're a ghostwriter, too? Who have you written for?"

I laughed and gave my standard answer: "Sorry. If I told you, I'd have to kill you."

"But don't you even care if your name's not on the cover?" he asked, sounding offended on my behalf.

The truth? No. I write novels, essays, and articles under my own name, but when I'm ghostwriting, my job is to stand behind the curtain and channel a voice.

By now, I have ghosted over twenty books. I fell into the profession accidentally when my agent, who knew I'd studied biology in college, asked if I'd be interested in helping an editor fix a messy health book written by a doctor. In other words, I was the book doctor to the doctor. It was fun. It was easy. And it paid enough that I started fantasizing about taking out smaller college loans for my kids.

Fixing that one book quickly led to another. The jobs seemed to fall into my lap. Ghostwriters may be invisible to the public, but editors know who's behind the curtain. Gradually I expanded my projects from just health and science books to include memoirs by business executives, cookbook authors, and celebrities. I was being introduced to whole new worlds both on the page and off.

These projects have also led me to develop more creative ways of working, since one reason celebrities make all of that money is because they never sit still. I interview my clients in person occasionally, but more often by phone, as the client rushes to the next TV shoot or salon appointment. One actress was so busy on a stage production that she had to answer my questions via Dropbox; I fed the questions to her talent agent, who then sent me audio files of her responses. Another actor could call me only late at night, after hosting his TV show.

"I bet you hate not being able to write fiction full-time," a friend said recently, when I mentioned a new ghostwriting project. "I mean, it's not like a book is really yours if you're ghostwriting it, right?"

Yes, it's a little surreal to walk into a bookstore during an author event, as I did recently, while someone else is reading a chapter I wrote--especially in a sonorous male voice very unlike my own. It's often difficult for me to sit quietly in the audience without shouting, "Hey! Read from chapter four! That's the really exciting part!"

But, once you finish ghosting a book, it's not yours anymore. The book now belongs to your client, as well it should. And writing these books is a gold mine for a fiction writer like me who is interested in studying character development, new settings, and how to build narrative tension. "Ghostwriting" can mean anything from developing a messy partial manuscript to riding shotgun through another person's life in real time. Sometimes I'm acting as a journalist, researching background material. More often, I'm in a therapist's role, asking, "How did you feel when that happened? What impact did that have on your life?"

My goal is to ferret out the truth of a story. I love hearing a client say, "Wow, I can't believe I just told you that," because then I know we've got something raw and real that we can polish and share.

Once I've gathered the material I need, I become a quilter. I remember my grandmother laying out her swatches of fabric on the living room floor until she found patterns that pleased her. That's what I do, too: I take these fascinating scraps of material from people's lives and piece them into unique patterns. Yes, I might add my own touches with the hand stitching, but that is strictly ornamental. The tone and cadence should belong distinctly to my client, so that anyone who reads the book can recognize the voice.

The longer I do this work, the more honored I am. I have learned to banish my own experiences and expectations of what a story "should" look like. Instead, I let the pieces emerge and fall around me in an infinite variety of patterns, so that I can piece together powerful stories that deserve to be told.