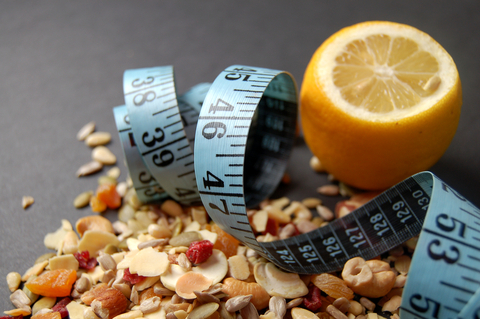 My life revolves around healthy food.

I was born into a household that believed in natural health, where a vinegar compress was considered to be the best fever remedy, and private yoga classes were hosted in our living room long before yoga studios adorned every street corner.

When I grew to adolescence I took things further and began focusing a lot of attention on the food I consumed. This obsession hasn't left me, and now a good part of my work focuses on teaching people how to choose the right ingredients and cooking methods for optimal health throughout the year.

To be honest, as I sit here my initial inclination is to stop writing, close this document, and continue pretending that eating healthy food has always been easy for me.

But the truth is that I've taken a lot of detours and wrong turns along the way, and despite all that I have learned, I still sometimes feel like I'm walking on a tightrope with heavy baggage in each hand as I try to navigate the balancing act that dictates daily life.

While I want to live with as much integrity as possible, I am not perfect, and the advice I give on natural health is often as much for myself as it is for others.

That is my first confession.

My second confession is that my intentions have not always been honorable.

When my obsession with health food began it was actually just a guise for my not-so-healthy attempts to fit into the socially accepted standard of slender beauty.

I came of age in downtown Manhattan at the same time that the fashion industry invaded Soho and pushed out the artist studios I had grown up in. Because of this, I was even more acutely aware of the benefits afforded to those with a tall and thin body than I might have been had I grown up elsewhere.

Aspiring models and actors served me drinks in coffee shops, successful models and actors sent their children to my school. Conventional beauty didn't just feel like a distant ideal, I saw people who fit the mold everywhere I went, and I was becoming acutely aware that I did not.

Amidst the sea of svelte physiques, and along with the added exposure to fashion magazines, I was brainwashed into thinking that they were all lanky because they were healthy. I imagined that if I paid more attention to my health, then I, too, would look like the people I admired. So I became a vegetarian, because everyone around me was doing it and it seemed like a reasonable step to take toward achieving my goals.

In reality, though I never would have admitted it at the time, I hoped that by controlling my diet I'd be able to influence how people reacted to me, as though fitting into the prescribed visual aesthetic would convince those around me that I was more loveable than I felt.

Instead of eating more vegetables, which would have been the healthy choice, I used vegetarianism as an excuse to become a supremely picky eater, and went so far as to exclude entire meals from my diet. I began replacing breakfast and sometimes lunch with giant cups of coffee in a distinctly unhealthy attempt to control my appearance.

Despite fervent denial that my food intake patterns were unhealthy, I was thankfully able to readjust my consumption habits before I ever took it too far.

Throughout high school I would swing between restrictive diets and periods of pure indulgence. The latter phases were inspired by what I now recognize as a defiant insistence to survive and thrive, housed deep within my core, which successfully overrode my adolescent insecurities.

It took years before I was able to have a healthy relationship with food, and to this day I am cautious in experimenting with any sort of elimination diet for fear that I will get sucked back into the destructive patterns of my youth.

Leading me to my third confession, which is that no diet has ever improved the way I feel.

Quite the opposite, actually. Most diets only served to accentuate an acute sense of lack and dissatisfaction that were already present to varying degrees before I began the diet. And yet, I kept hoping the next diet would be different, and as a result I have tried dozens.

Although in more recent years my motivation transformed from a desire to be thin into a genuine curiosity to find out which foods benefit and nourish my body, I have never come to any remarkable conclusions that I couldn't have learned simply by observing how I feel after I eat certain foods.

With years of experimental dieting behind me, I have finally settled on eating food that makes me feel good, which can basically be summarized as lots of vegetables, some meat and grain, and almost exclusively organic, seasonal, humanely-raised, and local ingredients... interspersed with occasional, delicious -- if not healthy -- treats.

Instead of worrying about what not to eat, I choose to focus on the positive, and get excited about the ingredients I get to play with at every meal.

I now know that if I eat too much sugar I will feel what can only be described as gross stagnation throughout my body, and if I don't eat enough vegetables my digestion will be disturbed. I also know that if I don't feed my body well I have a tendency to get pretty moody, and I'd rather avoid that if I can.

But if I'm really craving an ice-cream cone, I'll eat it, taking full responsibility for the decision to indulge and owning up to the consequences. Rigid rules and regret no longer have a place at my dining-room table, and even though I might eat "unhealthy" food occasionally, I feel much healthier than I ever was when I restricted my intake.

More:
healthy livingHealthFoodNutritionDiet And Nutrition
Newsletter Sign Up
The essential guide to taking care of your mind and body
Subscribe to HuffPost’s wellness email
Successfully Subscribed!
Wellness delivered to your inbox