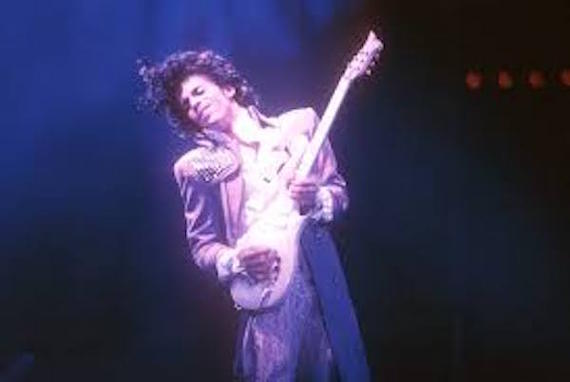 It took me a minute.

These are my afterthoughts.

We've had a lot of loss this year. Why does this one, for some reason, seem even more shocking than the others?

Is fifties so different than sixties?

Was it because there was no foreshadowing whatsoever of a health issue, and thus -- our surprise?

Was Prince the perpetual child? Someone who would never grow up no matter what?

Was his over-the-top energy a reflection of just how alive he was?

When I heard the "news today oh boy," I had to pull over to the side of the road. My jaw wouldn't close. How to go to that meeting? I seriously didn't know if I could.

I thought of my husband who idolized Prince for the better part of his life, for good reason. I knew that this one was going to hit him hard. When I got home I could tell he'd been crying. I hugged him and all I could think to say was, "Honey, I'm so sorry for your loss." Because it was. His loss. Of course it was.

Prince could do it all. Play everything. And he could dance to boot. In heels.

The night he died there was nothing on my Facebook or Twitter feed but posts about him. We all expressed our sorrow in our own way.

The radio, terrestrial and otherwise, was wall-to-wall Prince. As I type this, three days after his death, "Pop Life" is on my kitchen iHome. Bruce is opening his shows with "Purple Rain." (It couldn't have been any other color.) Earlier today in my car I was listening to Wilco from a playlist on iTunes but, as if they had minds of their own, the App quit and my dash switched from Bluetooth to FM without any help from me and (I swear) yet another Prince song interceded. Ghosts.

Why do we feel so shitty when a beloved icon dies -- specifically one we cherished personally?

We can still play their records. So why do we miss them? It's not as if we spent time together and now there will be some kind of physical absence. Or our cell will cease to light up from their call. Is it more of a spiritual void?

Is it because music is a gift, and if it speaks to us, then we are nurtured -- and we can't help but adore those who nurture us -- those who usher us through life's more impressionable times?

Is it because we're disappointed that their gift won't continue?

Is it because we're reminded that death is inevitable and we're all mortal no matter who we are?

Why? Why do we feel so shitty?

I've pondered this question a lot lately. After Natalie, Glenn, David...and I think it's a little bit all of the above but, there's a selfish reason as well: I believe we mourn our own partial death.

I think it has something to do with the reluctant realization of the ever-increasing speed of the passage of time -- (stay with me) and the acknowledgment that slowly but surely we're losing the ones who gave us the music that was our coming of age.

Would we feel as badly about the death of an artist we've been a fan of for a year? I just don't think so.

And so, if we're of the age that somebody's music was the backdrop to our youth, and the one who created it moves on, our youth gets a little farther away...as if it wasn't far enough away already. And when they die, a piece of us -- the piece that they brought to life -- dies with them.