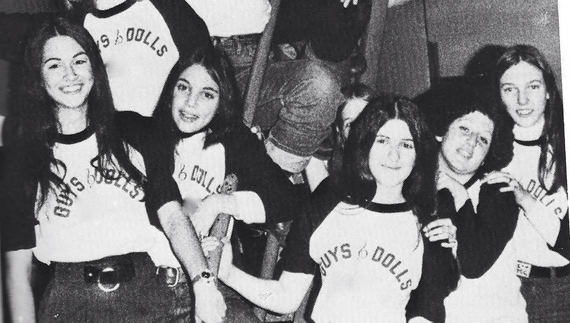 I had an unusual music teacher in high school. He reminded me a little of Grandpa Munster (but with dark hair). Mr. "Kris" (short for something more complicated, let's say, "Kristopholis") was a little scary, not very approachable. But I loved to sing. And he loved that I loved to sing. So we had a curious bond.

I wasn't a remarkable singer and clearly, I was an alto. But I wanted desperately to be a soprano. The higher the notes the better. He humored me and assigned me to the right (as opposed to the left) side of the bleachers with the sopranos. I strained to reach the notes.

Mr. Kris cast me as Sarah Brown in Guys And Dolls and Hodel in Fiddler. The night before the show I rehearsed "Far From The Home I Love" so earnestly that I lost my voice. I managed to squeak out the song and the audience clapped anyway. Perhaps they thought my scratchy rendition was a stylistic choice; Hodel, after all, had probably been crying as she was about to leave her home for good. Mr. Kris encouraged me further. He selected me for all county choir. Eight students from each participating school would learn and master a handful of songs to be performed and recorded for a real live vinyl record. Again, I over-rehearsed and wound up lip synching "The Hallelujah Chorus". My name was listed on the album cover but I assure you my voice was nowhere to be found.

My mysterious Munster-like mentor never said a word about my vocal malfunctions. He wasn't seen or heard from outside of the classroom. He came and went. Odd.

When I got my driver's license, my choir mate Audrey and I would stake out Mr. Kris' house just to see what he was up to. Who was coming? Who was going? Herman? Lily? Ok, we were nosy. But to be fair, more than anything else, as new drivers I think we just enjoyed having a destination. Mockingbird Lane it was.

I graduated high school and never spoke to Mr. Kris again. It must be strange for teachers. They give us a gift and then we leave and a fresh new class comes in. It's like a turn-style. Every year the teacher is a year older but the students stay the same age. For decades. Forever. It's sort of analogous to how it is for me as a "maturing" songwriter with the here today gone tomorrow revolving door of aspiring young artists.

Cut to 2014. I volunteer in a little snack shack at my daughter's high school. There are two parents assigned per shift. I got to talking to a Dad I was paired with one week. After acknowledging the weather we moved on to:
"So, where ya from?"
"East coast."
"East coast? Me too? Whereabouts?"
"NY."
"NY? Me too! Keep going."
"Long Island."
"Long Island? Really? What town?"
"Baldwin."
"Baldwin? I grew up in Freeport" (one town over).
"Really? My uncle was the music teacher at Freeport High."

In that case I knew exactly whose nephew he was. But "Kristopholis" had been right there on his name tag. You would think I would have already made a connection.

"That's trippy. Your uncle was my music teacher!" And he said, "My father dragged me to all those Freeport High musicals. So I must have seen you singing "If I Were A Bell". Yeah, and croaking "Far From The Home I Love.'"

As far as I was concerned, the Universe was telling me something. I had been in the same room (well, auditorium) with my fellow volunteer decades ago and here we were again in the student shack. What were the odds? There had to be a reason. My eyes made a beeline for his cell. Mr. Kris' number must be in there. "Can you call him? Can you get your uncle on the phone?"

I needed to thank Mr. Kris (albeit at this very late date) for not forsaking me and casting Susan-I-can't-remember-her-last name as Sarah Brown instead. (She was a soprano and definitely had a superior voice.) I needed to thank him for choosing me when I was so unremarkable. For I am happy and thriving and singing and writing and who knows if I'd be doing any of it if he hadn't raised me up. If he hadn't made me believe I was better than I was.

Alas, my fellow volunteer's face went grim. "My uncle passed away two weeks ago." He was 81.

I was a child in high school, unaware of how you could make someone's day, (or semester) by letting them know they inspired you. Especially if they were unapproachable. Then again, how could I have known his curious encouragement would change the trajectory of my life? I hadn't lived it yet. Still, standing there stunned, in the student shack, I felt horrible. Indeed during the many years after high school, when I was no longer a child, there had been plenty of time to track him down. In fact there was time until two weeks ago.

So, Mr. Kris, if you can hear me...Thank you Thank you Thank you. I hope you're leading a choir of angels in heaven. Raising one up and making her feel remarkable. I hope you're allowing someone to stand on the wrong side of the bleachers just because they want to try to reach the high notes. I want you to know it made a difference for me. Even if I couldn't reach them you had me believing I could. 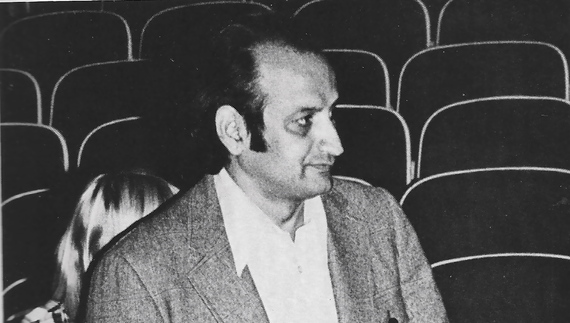