It started when I was very young. This was my first. 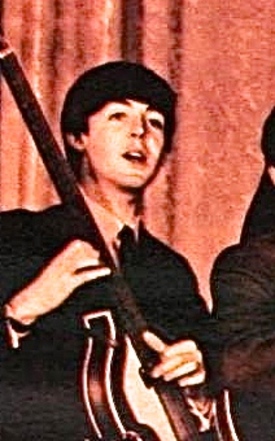 There was a little flutter in my heart. Ok -- So the flutter wasn't only in my heart. But this is a G-rated blog so I won't go there.

What was it about a guy with a guitar? I know this wasn't just a guy. This was Paul. And Paul was a Beatle. That was a huge advantage. But Ringo was a Beatle too. It wasn't the same. Although he is endearing for other reasons.

Then there was this: 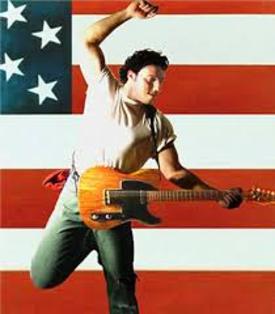 Remember when boys used to say they learned how to play the guitar to get girls? Well, it worked. I am proof.

I dig a piano. And I love a guy who plays the piano. (Especially if he also plays guitar. Let's not even get into the aphrodisiac of the multi-instrumentalist.)

Is it the guy or the instrument? It's both. It's the combination. It's what the guy does with his instrument. The guitar is an extension of the man. He rules it. He controls it. He works it. And maybe that's what he does to me when he plays it.

Songwriting has always been a bit sexual for me, especially if there was a guitar involved. It's not that I slept with the guys I wrote with (well, maybe there was one. Or two.) It's that my best songs were the ones I wrote with guys who could seduce me with a Strat or a Martin -- get me to reveal some deep, dark secret that was inaccessible before he started strumming. I wasn't necessarily physically attracted to that co-writer per se. But creative chemistry was as strong as (or stronger than) any physical attraction. It was deeper. It was music. That's a powerful drug.

And there was fantasy -- which brings on songs of longing, desire, passion. Although I am happily married and I am not looking for a tryst of any kind (any more), there's nothing wrong with fantasy. In fact, where creativity is concerned, there's everything right about it.

Currently, there's not as much of a necessity for real live guitar playing in the mainstream songwriting session. So does the guy-who-learned-how-to-play-guitar-to-get-the-girl exist any more? Or has the showing off evolved into the tapping of computer keys -- the clicking and swiping that accompanies the art of Logic? Or Pro Tools?

Most of the writer/producers who get their songs on records are programming in some capacity. When we're working I am most likely looking at their backs. A lot of those backs belong to guys I happen to care for very much. The songs we write are competitive and hooky. But the digital process is just not as hot as the temperature between you and the guy who wins over your willing hormones with his nimble fingers on that fret.

Is it the DJ? Deadmau5? The mixing? Knob turning? The contraption on his head? Cool.

Daft Punk? (Word has it they weren't in those suits when they received their Grammy. The real guys were sitting in the audience watching "themselves" get the award. I'm sorry. IMO that's not very sexy.)

Is it the soulful crooner? An Ed Sheeran -- who can woo his way into a daydream with romantic lyrics and tasteful riffs?

Or is it a Chris Martin or a Dave Grohl? (The breed of musician that still does it for me.)

To each her own. 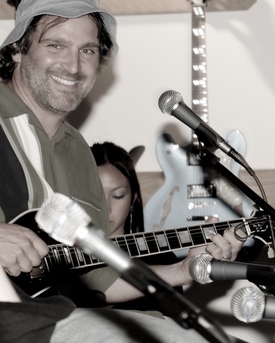 From Paul to Adam. And all the hotties in-between. Life goes full circle.

Please visit me on my Serial Songwriter Facebook Page and at ShellyPeiken.com