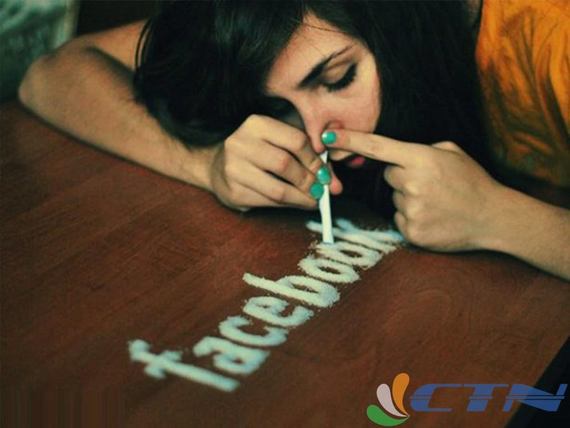 Don't get me wrong, I love technology as much as the next guy (hence being a Digital Lifestyle Prodcer) but something clicked in my head this morning. Are we more addicted to technology than we care to admit? If you are like most people, your morning, nay...your life starts and ends with your smartphone. My morning routine might resembles yours, a real life a Buzz Feed video(I'll leave out the boring parts of using the bathroom, eating and showering). Wake Up at (insert time) and turn off the music from my itunes alarm clock, without thinking about it check at least three social networks for "news". Naturally, because my device is in my hand, I checked my email or and social accounts. While scrolling through email I notice things that needed to be seen on a larger screen, which meant I needed my laptop or tablet. While driving to work I plugged in my ipod to get me through the traffic. Eventually, I made it to my office where I turned on the TV and reopened that same laptop from earlier. I then booted up my desktop computer and started my job which required me to be on my computer the rest of the day. All of these action have become such a normal part of my routines, it's almost like breathing...but so much more necessary.

There was a challenge given to 200 University of Maryland students from a variety of majors: Abstain from social media for 24 hours. That meant no iPhone or text messaging. No laptops or netbooks. No chatting or tweeting. No e-mail and absolutely no Facebook. Ah, a return to simplicity. Here are a few student responses from the experiment; they might surprise you. "When I did not have those two luxuries(messaging and texting), I felt quite alone and secluded from my life. Although I go to a school with thousands of students, the fact that I was not able to communicate with anyone via technology was almost unbearable." "I clearly am addicted and the dependency is sickening." Another student had to fight the urge to check e-mail: "I noticed physically, that I began to fidget, as if I was addicted to my iPod and other media devices, and maybe I am."

Really, come on "physically fidgeting?" What are they, drugs addicts? Is it really that serious, could going without a hand held media hit be so unbearable that one would begin to lose control? This reminded of a particular cult classic where people experienced similar symptoms,you might have heard a little movie called, Requiem for a Dream. Ah the joys of getting a technology high...but seriously, remember the feeling of your first "hit" from whatever your social or technological drug of choice was or currently is. The feeling of knowing you have the entire world in your pocket through a smart device, knowing that your validation in the real world will be developed through this device.

We Forget, The Real World is so Beautiful.

I decided to take a little stroll without my smartphone during lunch, there was such a feeling of euphoria. I had forgotten what it was like to enjoy the simple blessings in life. (Insert slow music) I looked at the clouds, saw birds flying around, listened to the rhythm of the traffic. There was something, dare I say, magically real about the experience. It's the raw and organic that a live feed, an Instagram filter or even a 4k image could not provide...it was life at its finest. Upon going back inside and plugging back into "The Matrix," I was hit with a thought, " Why did that feel so good?"

I'm glad you asked, the reality is sometimes we need a technology detox. Research suggest, the majority of people are using technology without even thinking about it. Our smartphones in particular are simply an extension of our brains. This is the reason when your phone buzzes or blinks you have to reach for it, it's an unconscious learned behavior. If we aren't conscious of what we are doing how can we possibly control it ?Think about that for a moment. If that doesn't at least make you think, I really do not know what will. To be honest, I'm even feeling convicted as I write this article. I'm having a hard time fighting the urge, the urge to check my social media or text. (Confession)I actually stopped writing a few times so I could post a few Twitter update and a quick selfie on my Instagram.

Technology is simply a tools that allows a person to complete a task. In most cases technology isn't bad, it's simply a neutral tool. However, at the same time we must find ways to unplug from certain technologies and not be consumed by them.

1) Ask yourself, "Do I really need to be using my phone right now or should I engage with the people around me?"
2) Set specific times to allow yourself to use certain technology. Do you really need to check your Snapchat every 10mins?
3) Schedule time to outside doing a physical activity a few days a week, think about recesses when you were a kid.

Remember, being aware of the addiction is the start of the healing process. The technology doesn't control us we control it.