Race has been in the national narrative quite a bit lately. Between things like Black Lives Matter, the Colin Kaepernick protest and Donald Trump's candidacy for president, there have been countless discussions about what constitutes racism and to what degree it still exists in America.

The common thread of a good many of these "conversations" is that people who should be listening are doing the bulk of the talking. To be succinct: If you're a white person telling a black person what it's like to be black, you're "whitesplaining."

And whitesplaining is arrogant, naïve and sad. I say this not as an accusation but as a confession, for I too am a recovering whitesplainer.

There is a solution to whitesplaining, though. And here is how I entered "treatment" for it.

Back in the fall of 1993, the "LA Four" trial for the beating of Reginald Denny in the LA Riot, concluded with only one of the attackers receiving a significant prison sentence. That was in the wake of the acquittal of the police beating of Rodney King.

If you're a white person telling a black person what it's like to be black, you're "whitesplaining."

In the first case, the perpetrators were police, allegedly serving the public. While most thought the attack was brutal, many justified it by saying King was fighting back or on drugs.

In the other, the men were outraged by a perceived lack of equality in the American judicial system. While many blacks didn't condone the acts of the LA Four, they understood the rage that motivated them.

Perhaps most striking of all was the behavior of the victims in the aftermath of the trials and how their actions contrasted with the rest of the worlds. King asked, "Can we all just get along?" And Denny's first response was a conciliatory hug to the mother of Williams -- the offender who received the longest prison sentence. 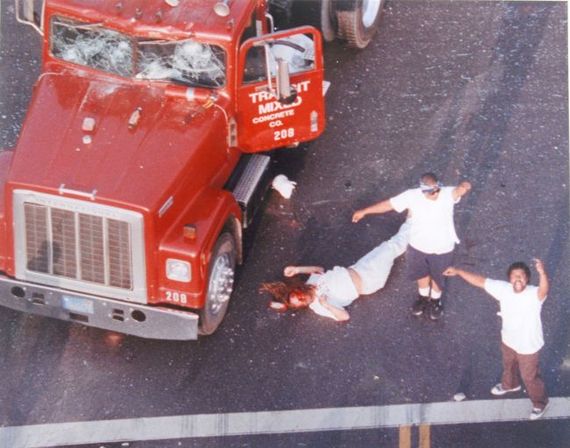 And that was the backdrop of my epiphany.

Some of the young men from my church and I had a weekly habit of getting together on Fridays to eat dinner and play scrabble. We had the luxury of having a chef among us, who made these fantastic meals.

A couple of the guys were black, one was Hawaiian, and the other two (including me) were white. That night, we talked about the trial. One of the black men, Edgar, argued that what the LA Four did was not racist.

"How could it not be racist?" I asked, "they nearly beat him to death because he was white!"

"It was bigoted," he acknowledged. "But it is impossible for a black man in America to be racist."

"What?" I asked, aghast. "How can you say that? Of course, blacks can be racist."

And that sparked a conversation that lasted over a year and probably over 200 hours of talking. It took me the first two months to hear enough to realize one essential thing: Edgar knew more about being black than me.

I know it sounds outrageous, but this is a crucial thing you need to realize if you're white: Blacks don't live in a different "country" than we do, but they do live with a different paradigm

There was a single, poignant moment when that realization hit me. I asked Edgar, point blank once, "Do you see yourself as a man or as a black man?"

He didn't hesitate to respond, "I see myself as a black man."

Feeling like I'd just won the debate, I victoriously and emphatically declared, "See, that's the difference between you and me, I just see myself as a man."

And his response to that declaration shut me up and got me to start truly listening.

"You can see yourself as just a man," he said, "because the world you live in lets you."

It made me think. 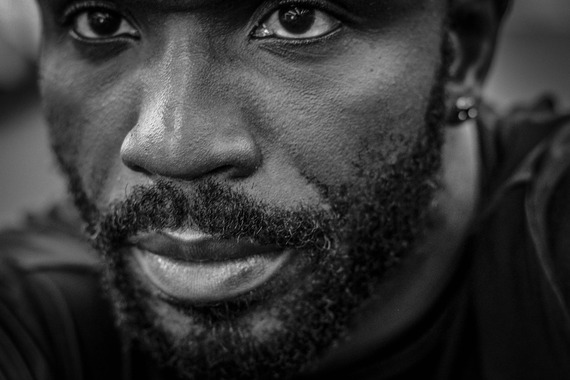 Why do I see myself as just a man and not a white man? Because my actual race isn't presented back to me very often. The few times it is are when something like the Denny beating takes place.

White America (generally speaking) only pays attention to race when we either feel we're being accused of racism or think we're the victims of it. Or worse, believe we're being held responsible for our race's past indiscretions.

It doesn't usually touch us personally. Oh sure, we have our instances we use as examples of how it works both ways.

But our occurrences happen so rarely that we can count them on one hand--particularly if we aren't racist.

Blacks don't live in a different "country" than we do, but they do live with a different paradigm.

We confuse the prevalence of racism with our personal experience of it, and since we aren't racist and aren't affected by it, we convince ourselves that its existence is as rare as our experience of it.

And thus we use language like "playing the race card" or "race baiting" to describe situations where blacks are seeing racism when we don't think it's there.

But have you ever thought you might be wrong about that?

It has more subtle manifestations, and because we aren't aware, we don't see those when they happen. To see it we have to understand what life is like in their paradigm, not ours.

One time, Edgar and I were on a road trip. We stopped at a gas station to get some goodies. I went to the cooler to get the sodas; he went to the snack rack to the get the chips. Take a guess which one of us the attendant watched like a hawk.

If it weren't for our running dialogue about racism, I might not have noticed, but I did. Edgar was better dressed than me, as he usually was. He was wearing a button-up shirt and khakis. I was donning a printed t-shirt and jeans. But he was the one the attendant eyeballed the entire time we were in there. As we were pulling away, I mentioned it to Edgar,

"It happens all the time," he said, shrugging it off.

And so it was when he quipped at me, "You see yourself as just a man because the world you live in lets you" this is the thing that flashed through my mind.

It occurred to me that our run-ins with racism are few and far between, but if you're a black person, they're a regular part of life. 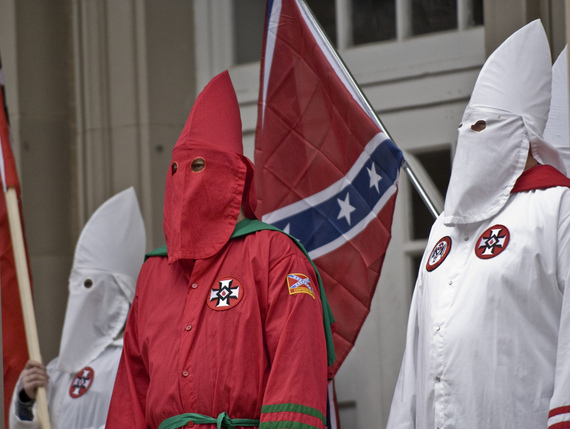 Even if only five percent of white Americans are just "eyeball-you-in-the-store" racist, and a black person comes across just 20 white people a day, he/she encounters racism every day of their life.

If every day, society is telling a black person, "you're a black person," how are they not going to incorporate that into their personal identity? Like it or not, a big part of how you see yourself is how the world sees you.

As a result, white folks often think black people are seeing racism when it's not really there. The reality is that whites aren't seeing it when it is. That's the first and most pressing aspect of whitesplaining that has to go.

Why do I see myself as just a man and not a white man? Because my actual race isn't presented back to me very often.

Sure, maybe that cop isn't an overt racist. Maybe he's not a card-carrying member of the Klan. Maybe he's just going to have his guard up when he sees you're black because he's a little bit afraid.

And maybe he's not going to let a little bit of tone go with that black person that he would for a white person because with a white person, he doesn't have to use extra aggression to compensate for his own fear.

Whitesplainers need to understand this. Racism isn't always conscious. It's not always deliberate. And it's not always overt. In fact, most of the time it's a subtle, insidious whisper in the form of fear, not hate.

Some white people like to say, "some of my best friends are black." But racism isn't manifested in our reaction to the black people we know; it reveals itself in our response to the ones we don't know.

If we distinguish between them and the "thugs" who are protesting, we aren't really hearing what the protestors are saying. And there's a good chance you're not asking your friends either -- at least not in a way where they feel they want to discuss things with you.

And there's a good chance they don't if you're a whitesplainer.

The only way reach that understanding is if whites stop teaching and start learning. Have an open dialogue with some black friends, but don't control the conversation. Don't debate with them. Don't assume you know more about being black than they do.

Rather, ask them questions that can help you understand until you have your own paradigm shift. Only then can you even be qualified to start thinking about solving the racial problems in our country.

Once you get past the fact that you're operating in a different paradigm, you start to realize that there's a fundamentally different thought when it comes to racism that whites and blacks have.

There is no question when you look at things like education, income, incarceration and so on, there is a racial imbalance in this country. Sure, we can debate about why that is in perpetuity, but there's no denying that is the case.

It is impossible to balance inequality without being unfair. You can't just "treat everyone equally" when there's already imbalance and expect that things will even out. 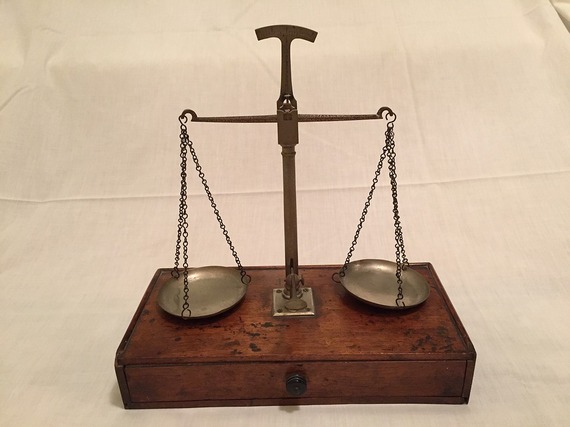 Imagine an old-fashioned balance scale with the arm and the dishes. On this scale, one side has more weight than the other. How can you even them out?

What you cannot do is treat both sides the same. As long as you do that, you'll have inequality. It's just perpetuating inequality under the pretense of equality.

This is a big tripping point for whitesplainers. They (and by they, I mean we), want to focus on fairness, not equality. "It's not fair," we say, "that white kids should get passed over for college in favor of less-qualified blacks."

No, it isn't fair, but it's equality.

Racism isn't always conscious. ... In fact, most of the time it's a subtle, insidious whisper in the form of fear, not hate.

"But, that's all history!" is the all-too-often whitesplaining rejoinder to that argument.

And it is history. Slavery isn't legal today. I never owned anyone. And American blacks were never owned by anyone. Segregation was done away with half a century ago. But it is our history, and we can't run from it.

But let's not pretend that there still isn't actual racism in the country.

So, no, don't think that legalized racism has gone away, but even if it were to go away, that doesn't mean the impact of it disappears. It's not as though, the moment all racist policies are done away with, we'll be looking at equality. The scales will still be uneven.

The damage of all that history still exists. Many black inner cities are still impoverished. That degree of poverty coupled with the corresponding lack of hope can't be decoupled from the "culture" that many would like to blame the present-day plight of African Americans on.

Taking care of the things that cause the inequality are only step one. That has to be followed by actual balancing the sales. It's only when the two sides of it are even that we have true equality.

And until then, any talk of "fairness" is naive. True fairness now can only be reached by achieving true equality.