Once upon a time, I was a 23-year-old virgin. Looking back now, I know that's not insanely old, I don't have anything on that 40-year-old virgin they made the movie about, but it *is* older than most people. According to a sex survey conducted by ABC, only 3% of Americans over the age of 18 are still chaste, and everyone knows that when you're suffering through extra years of virginity, you multiply those years by seven (as in dog-years), so actually I was, like, a 52-year-old virgin, so that movie should have really been made about me.

Now, even if that math doesn't quite add up for you, 23 years of celibacy was plenty of time to hear every single reaction to the sentence, "Well, you see, I've never had sex before." They break down into four main categories:

To the people whose responses fell into the first category: thank you so much. It's adorable you thought I was a devout Christian or a faithful romantic, and it almost hurts me to tell you that that was not the case at all. Truth be told, my unshakable virginity was due to 40% social anxiety, 30% bad taste in potential sexual partners, 15% unrealistic expectations, 10% stupidity and 5% being a little too focused on pizza. Sorry to let you down, but I hope you appreciate my honesty.

To the people who expressed their sincere condolences upon hearing word of my sexless situation, I thank you too. It did suck to be in my twenties and still find myself completely unable to relate to eight out of 10 conversations happening at Happy Hour at any given time. I mean, I know it's not the worst thing in the whole world, I think it would be much harder to be a paraplegic coal miner, or a gun-shy drill sergeant or a lactose intolerant ice cream man, but that's not to say being a 23-year-old virgin was a cake walk. I guess if I had to compare it to something, I'd compare it to being a can of Mountain Dew that has recently fallen down several flights of stairs: you're just waiting for someone to touch you so you can vigorously squirt empty calories all over their face.

Dear people in category three: the offers to set me up with your friend was appreciated, but keep your clinically insane acquaintances to yourself! I'm not trying to be mean, but people who are having sex rarely care about the quality of human being they throw your way once they discover you're desperate. "Oh, you'll love my friend Maximilian! Don't call him Max, though, he's super weird about that. He wears these totally cool eye patches ever since he lost his right eye in that fire he was accused of setting in his parents' house... No, don't worry, he was acquitted! He is a little bit addicted to pain killers now, but I'm pretty sure he can still get an erection. He's so funny, though." Yeah, no thanks, I can already have sex with a crazy person whenever I want, it's called masturbating. I'm looking for someone normal.

Finally, to the people whose responses came from the fourth category -- the rare Fellow Old Virgin, or Person Who Has Been Going Through A Really Long Dry Spell -- you're going to make it through this, and you're going to be better for it. I mean, look at me! If it weren't for all those years of unwanted celibacy, I wouldn't have had anything to write my book about and would have denied the world several hours of supreme entertainment. Instead of accumulating these hilarious stories to share with you darling readers, I'd probably have flunked out of college because I was too busy having sex to study, then I'd have had to turn to a life of prostitution because it's the only skill I ever mastered, then I'd have wound up with a myriad of STIs and I'd turn to illegal street drugs to deal with them, as well as to deal with the emotional issues brought on from trading sex for cash and never being able to experience genuine affection, only to have my young life cut short by an unfortunate overdose in my pimp's basement apartment... And if you don't care about how long-lasting virginity saved my life, then just remember that Tina Fey was a 24-year old virgin and now she's the most perfect human being in the universe! So there's really nothing to worry about, life is going to work out just fine! 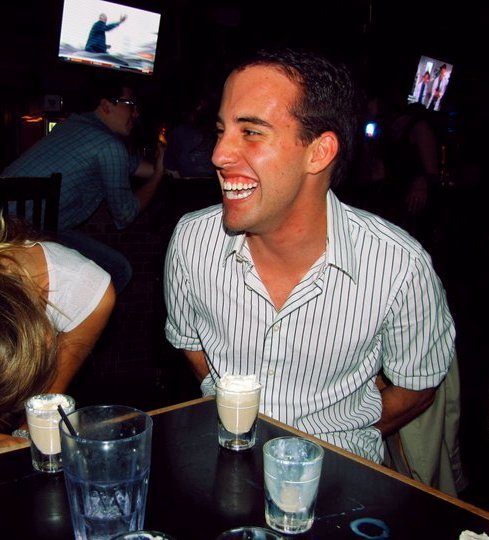 This article is adapted from "I Swear I'll Be Good at It!," an e-book by Wes Janisen. The audiobook edition was released by Audible on July 27th, 2015.