Here’s how Confide protects your messages from being saved via screenshot: You can only view tiny pieces of the words, photo or document that you receive. In order to see a message sent to you, you have to push down on your screen with your finger. Only the portion under your finger is visible. Once you’ve read the message, it disappears completely.

Here's the app in action:

Confide, which is free on Android and iOS devices, was able to completely disable in-app screenshots for Android users. "You can set a flag on Android that stops someone from taking a screenshot,” Confide's president and co-founder, Jon Brod, told The Huffington Post in a phone interview Wednesday.

This is what it looks like when you take a screenshot: 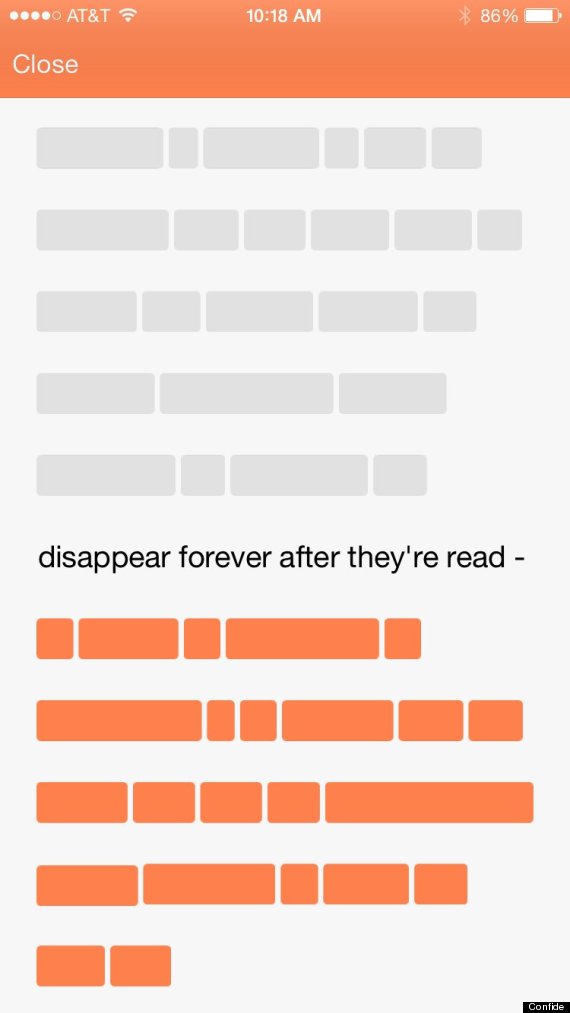 The line of text that you're seeing is the line that I was pushing on with my thumb when I took the screenshot.

The app notifies the sender when their message is opened, and if the recipient tries to take a screenshot. (Of course, if you were really desperate to save a copy of this information, you could always get someone to take a video of you reading the message.)

On top of that, the messages are encrypted. “We use standard military-grade encryption,” Brod told HuffPost. When a message disappears, it is deleted from Confide’s servers and wiped from the phone completely, he said.

We asked Brod when the best situations to use Confide might be, and he had some suggestions for us. If you'd normally mark an email as "confidential," you might want to send it through Confide instead, Brod told us. He also said the same goes for moments when you'd rather call someone to discuss an issue instead of email it. For example, you could use Confide to discuss a new job and send a confidential resume.