A big mahalo to Crystal L. Cox and Eugence Volokh for their valiant efforts to protect free press and free speech!

On January 17, 2014, the 9th U.S. Circuit Court of Appeals sided with Crystal L. Cox from Eureka, Montana who was sued by for defamation by Kevin Padrick, an attorney and his company - Obsidian Finance Group, LLC. Cox had written posts exposing fraud, corruption, money-laundering and so forth.

I will quote the circumstances as reported in the Associated Press by Jeff Barnard.

Crystal L. Cox, a blogger from Eureka, Mont., now living in Port Townshend, Wash., was sued for defamation by Bend attorney Kevin Padrick and his company, Obsidian Finance Group LLC, after she made posts on several websites she created accusing them of fraud, corruption, money-laundering and other illegal activities. The appeals court noted Padrick and Obsidian were hired by Summit Accommodators to advise them before filing for bankruptcy, and that the U.S. Bankruptcy Court later appointed Padrick trustee in the Chapter 11 case. The court added that Summit had defrauded investors in its real estate operations through a Ponzi scheme.

"Because Cox's blog post addressed a matter of public concern, even assuming that Gertz is limited to such speech, the district court should have instructed the jury that it could not find Cox liable for defamation unless it found that she acted negligently," judge Andrew D. Hurwitz wrote. "We hold that liability for a defamatory blog post involving a matter of public concern cannot be imposed without proof of fault and actual damages."

The appeals court upheld rulings by the District Court that other posts by Cox were constitutionally protected opinion.

The Reports Committee for the Freedom of the Press also provided its statements in Barnard's article:

It's not a special right to the news media," he said. "So it's a good thing for bloggers and citizen journalists and others."

Though Cox acted as her own attorney, UCLA law professor Eugene Volokh, who had written an article on the issue, learned of her case and offered to represent her in an appeal. Volokh said such cases usually end up settled without trial, and it was rare for one to reach the federal appeals court level.

"It makes clear that bloggers have the same First Amendment rights as professional journalists," he said. "There had been similar precedents before concerning advocacy groups, other writers and book authors. This follows a fairly well established chain of precedents. I believe it is the first federal appeals court level ruling that applies to bloggers."

This ruling should be a clear reminder to misguided attorneys, corporations, developers or those with affluence to cease bullying or intimidating those who report the issues of the day.

Many concerned citizens have no choice but to create their own blogs and websites to level the playing field in this blossoming social media warfare.

The government has its plentiful public relations specialists, paid for by taxpayers. Corporations and special interests have their hired PR consultants. There are hired mercenaries who feel no qualms about spinning the facts. News media can be bought or controlled by big money or shut down.

It's not uncommon for the public to read articles or watch the TV news only to lament the irregularities or inadequate reporting. Oftentimes, critical issues are shunned or ignored by corporate media because of entwined relationships.

Bloggers with information or have intimate experiences and understanding of issues are critically needed now, more than ever. 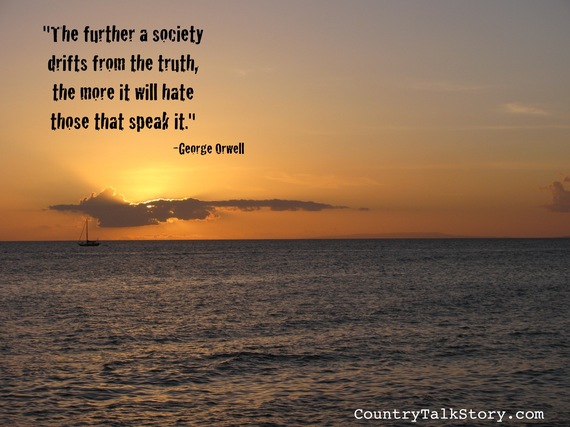